Dundalk FC's draw for the upcoming UEFA Europa League group stages was confirmed on Friday, with the Irish side being place in group B.

They will be up against Arsenal, SK Rapid Wien, and Molde FK in a tough group for the Town.

The Lilywhites sealed their place in the group stages with a 3-1 win over KÍ from the Faroe Islands in the Aviva on Thursday night.

Speaking on Off The Ball after the match, former Republic of Ireland manager Brian Kerr was hesitant to get over excited about the achievement.

"It has to be said they got the handy side of the draw all round," Kerr said.

"If you were to believe in advance that you could get through by beating a team from Andorra, Moldova and the Faroes to get through to the group stages you'd say that that is very unlikely to happen.

"It is still an excellent achievement for an Irish team to get through to the group stages and we should all celebrate that."

This is only the third time that an Irish team has made it to the group stages of the Europa League, with Shamrock Rovers being the first in 2011, and Dundalk making it through in 2016.

Kerr thinks that the achievement of getting to the group stages will have to be enough for Irish football fans.

"I'll be blunt about it, I wouldn't fancy Dundalk's chances of getting many points in the group based on what I saw tonight," Kerr said. 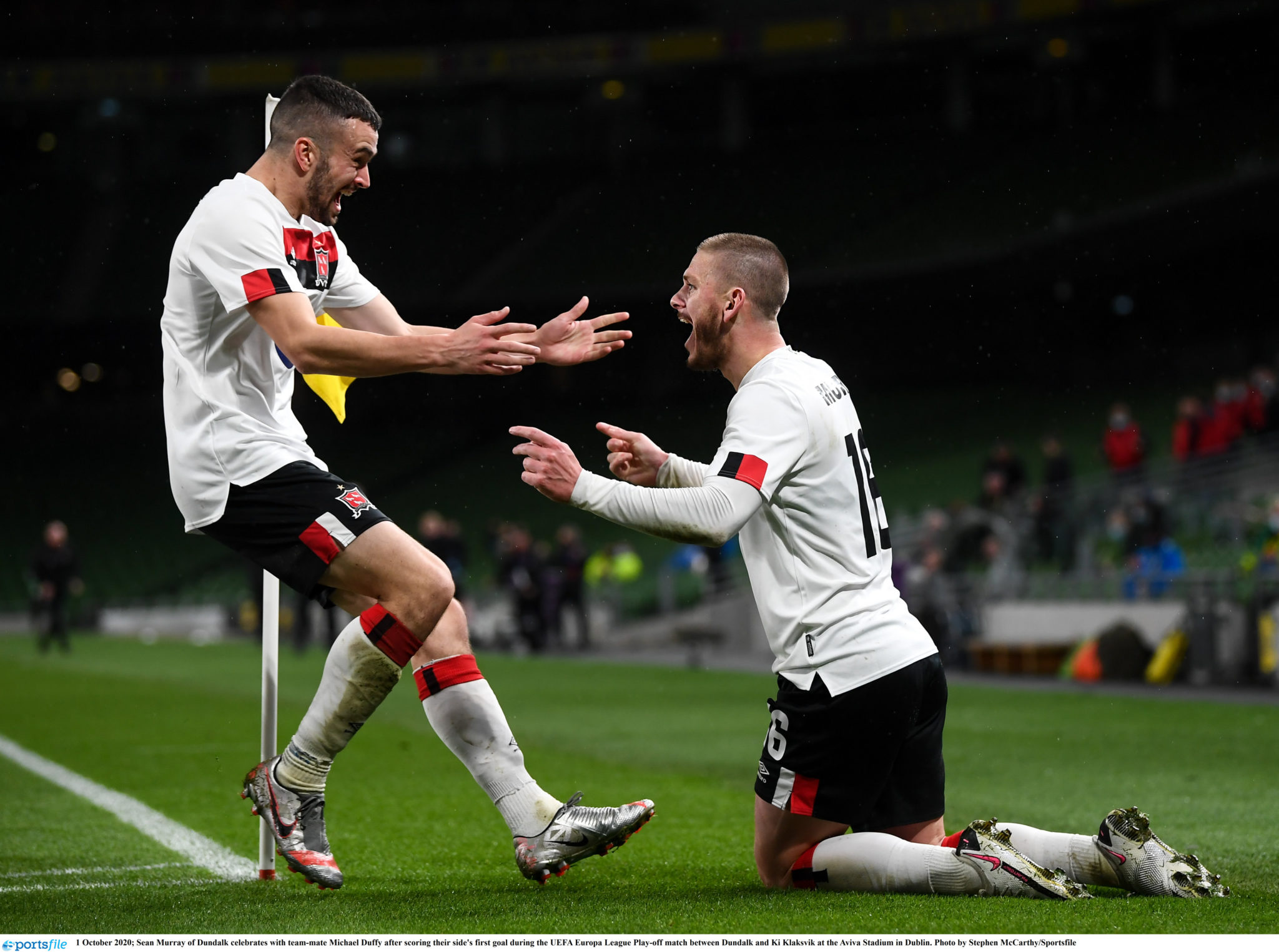 1 October 2020; Sean Murray of Dundalk celebrates with team-mate Michael Duffy after scoring their side's first goal during the UEFA Europa League Play-off match between Dundalk and Ki Klaksvik at the Aviva Stadium in Dublin. Photo by Stephen McCarthy/Sportsfile

The rest of the groups

Manchester United to face Liverpool in FA Cup 4th round

Mikel Arteta | 'We have to make a decision' on Ozil future

Arteta to assess Ozil's status at Arsenal after the transfer window