The League of Ireland's marquee opening weekend fixture – the Dublin Derby between Bohemian FC and Shamrock Rovers – will not be on TV due to the effects of Storm Dennis.

RTÉ confirmed that live TV coverage of the match had been cancelled due to health and safety concerns for staff.

The match is still scheduled to kick-off at 2pm in a sold-out Dalymount Park.

RTE have confirmed the cancellation of the live TV coverage of the Dublin Derby between Bohemians and Shamrock Rovers.

The decision was taken on health and safety grounds due to the inclement weather and its affect on the working conditions of broadcast staff.#LOI

The arrival of Storm Dennis has brought Status Yellow wind and rainfall warnings in operation for the whole country while Met Éireann warned there is a risk of flooding and damaging gusts.

The weather had already taken its toll at the Phibsboro ground earlier in the day as the home dugout was smashed against the fence behind by strong winds.

The dugout was replaced by an old one from storage and referee Rob Hennessy conducted a ground inspection deciding the game could take place. 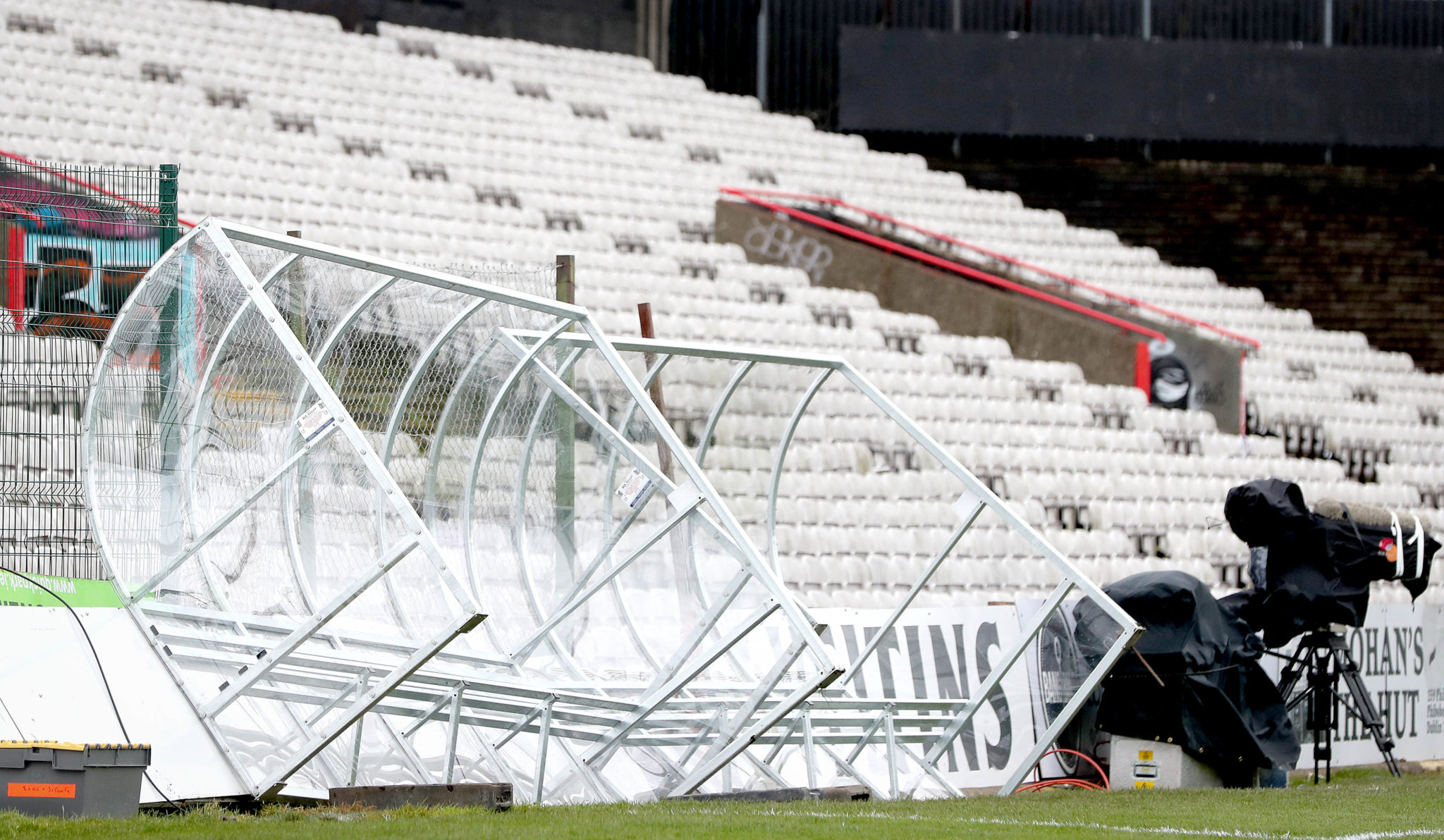 Earlier, Bohemian's midfielder Keith Buckley had commented to Off The Ball's Jamie Moore that he was hopeful the game would go ahead, saying the weather was "only a bit of wind".

There had been discussions about safety concerns for players and spectators but Hennessy and his team of officials decided the game would be safe to go ahead.

It’s windy & wind at Dalymount! Home dug out looks to have been blown backwards onto the fencing behind it, stadium staff have just been looking at it, hopefully a quick fix to make it safe before Bohs Rovers KO at 2pm. How windy does it have to be to be unsafe? pic.twitter.com/5WsgepQbu6

Speaking ahead of the game, Shamrock Rovers boss Stephen Bradley had also expressed his concern about the effect the weather could play on proceedings.

"We’ll see what the weather is tomorrow but it’s meant to be really bad. It might dictate what kind of game it’s going to be but we’ll have to wait and see.

"There’s always a buzz around Dublin derbies and we’ve got a few of them this year with St Pat’s and Shelbourne back up there as well. I’m sure there’ll be many more games like this that we’ll be involved in. Bohs finished third last year and have a really strong squad."

6,000 capacity for Bohemians' European tie at the Aviva Stadium