Before going into management, Shamrock Rovers boss Stephen Bradley was regarded as one of the brightest prospects coming through the ranks in Irish football.

Bradley played his football at Lourdes Celtic in Dublin and represented the Republic of Ireland all the way through at underage. At the age of 16, Bradley was pipped by Arsenal – having impressed their manager, Arsene Wenger.

But Arsenal was not the only club with their eye on Bradley at the time. Liverpool's Gerard Houllier and Manchester United's Sir Alex Ferguson. Speaking on OTB's Sunday Paper Review, Johnny Ward was quick to recount an anecdote of Bradley's of meeting Sir Alex – shared in David Sneyd Business Post piece.

Sneyd writes: "Bernadette Bradley was beginning to worry. Not because the Manchester United manager was on his way. They were well acquainted at this point. Bernadette - from Jobstown in Tallaght - was already on first name terms with the three men in charge of the biggest football clubs in England. 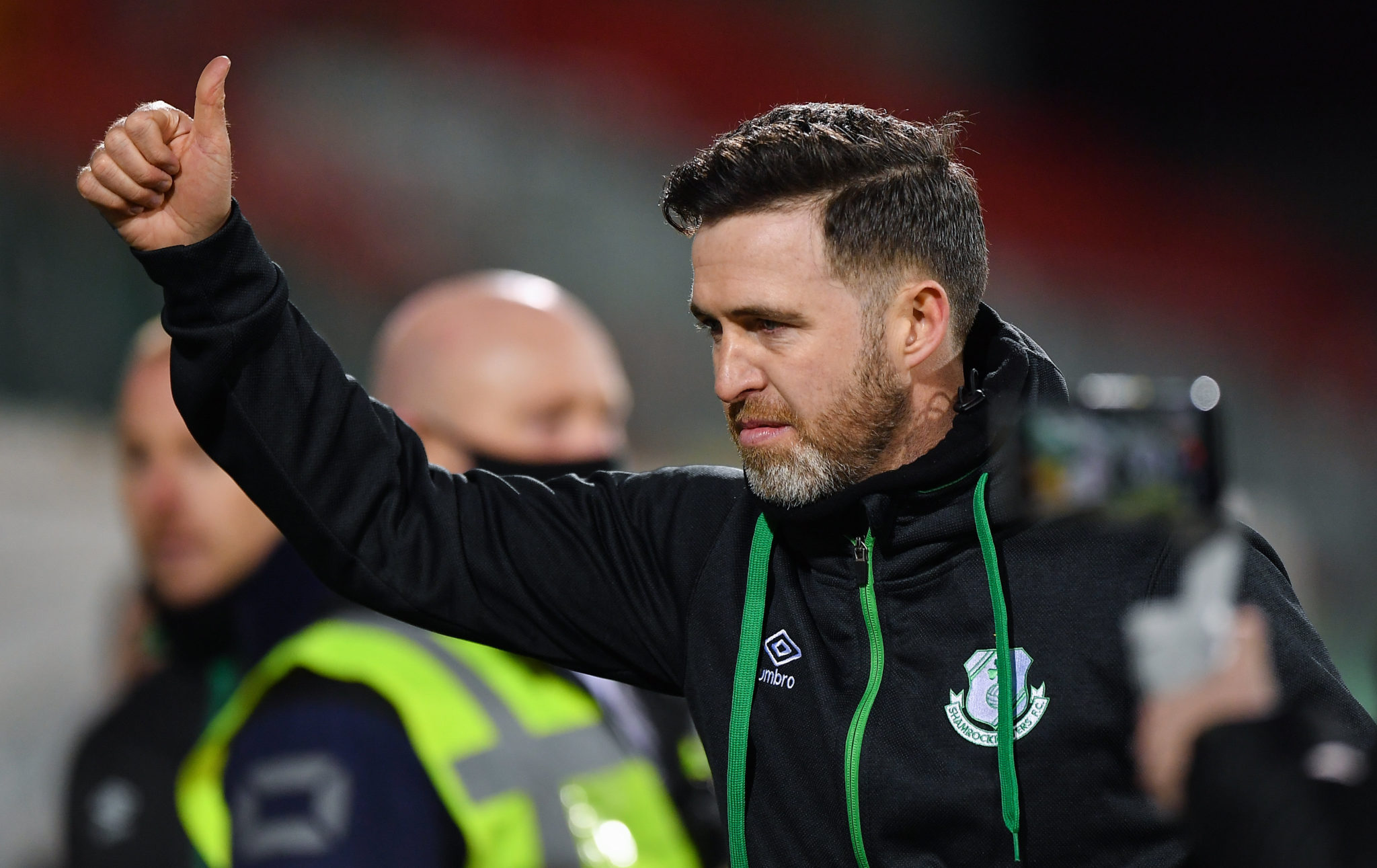 Ward continues reading from the paper: "It was 1999 and Stephen her 15-year-old son was the most sought after prospect in Ireland. This was the year United did the treble and Ferguson had always one eye on the future. He wanted Bradley, a gifted midfielder to be part of it at Old Trafford. But as Ferguson got nearer to the house, there was still no sign of Stephen. He was on a nearby street, playing football."

"That Bradley story belongs to another era. Bradley got a professional contract by 16. He was a millionaire by 18. That is staggering!" exclaims Ward.

Where is the talent coming through now?

Although the anecdote was all in good spirits, Ward was quick to stress that the Irish talent coming through the academies, like Bradley, the pool is getting smaller.

"In the sense of the Irish footballers that now come through, we have become an absolute irrelevance in the Premier League. The days of the Charlton days at Liverpool, Man United with Roy Keane. It was very common for Irish players to be in the Premier League, but those days are gone." says Ward.

"We've gone massively down the pecking order in a globalised league," says Ward.

In more uplifting Irish youngster news, 18-year-old Andrew Omobamidele has helped Norwich to regain promotion back to the Premier League. The Leixlip local has impressed in five appearances this season.

John Duggan: In debate over champions lies the soul of football

Micheál Martin: I want more funding for the League of Ireland