Tribute has been paid to Diego Maradona with a stunning light display before Argentina's Copa Ame...

Tribute has been paid to Diego Maradona with a stunning light display before Argentina's Copa America clash with Chile on Monday night.

A little under 8 months after the Argentine icon passed away aged 60, the nation's opening fixture in the competition was used as a means of celebrating his remarkable career.

Argentina's first game at a major tournament since his passing late last year, the opportunity was taken to pay tribute to the star with an incredible light display across the Estádio Olímpico Nilton Santos pitch and seats.

The official Copa America Twitter page posted the video of the display with the caption: 'THANKS DIEGO! Emotional tribute to the star Diego Armando Maradona in CONMEBOL #CopaAmérica, eternal 10!'

The elaborate display encompasses a host of iconic Maradona moments, including his iconic 'Live is Life' warm up before the 1989 UEFA Cup semi-final.

A remarkable showing in honour of Diego Maradona, prior to last night's game a statue of was also unveiled in celebration of his life. 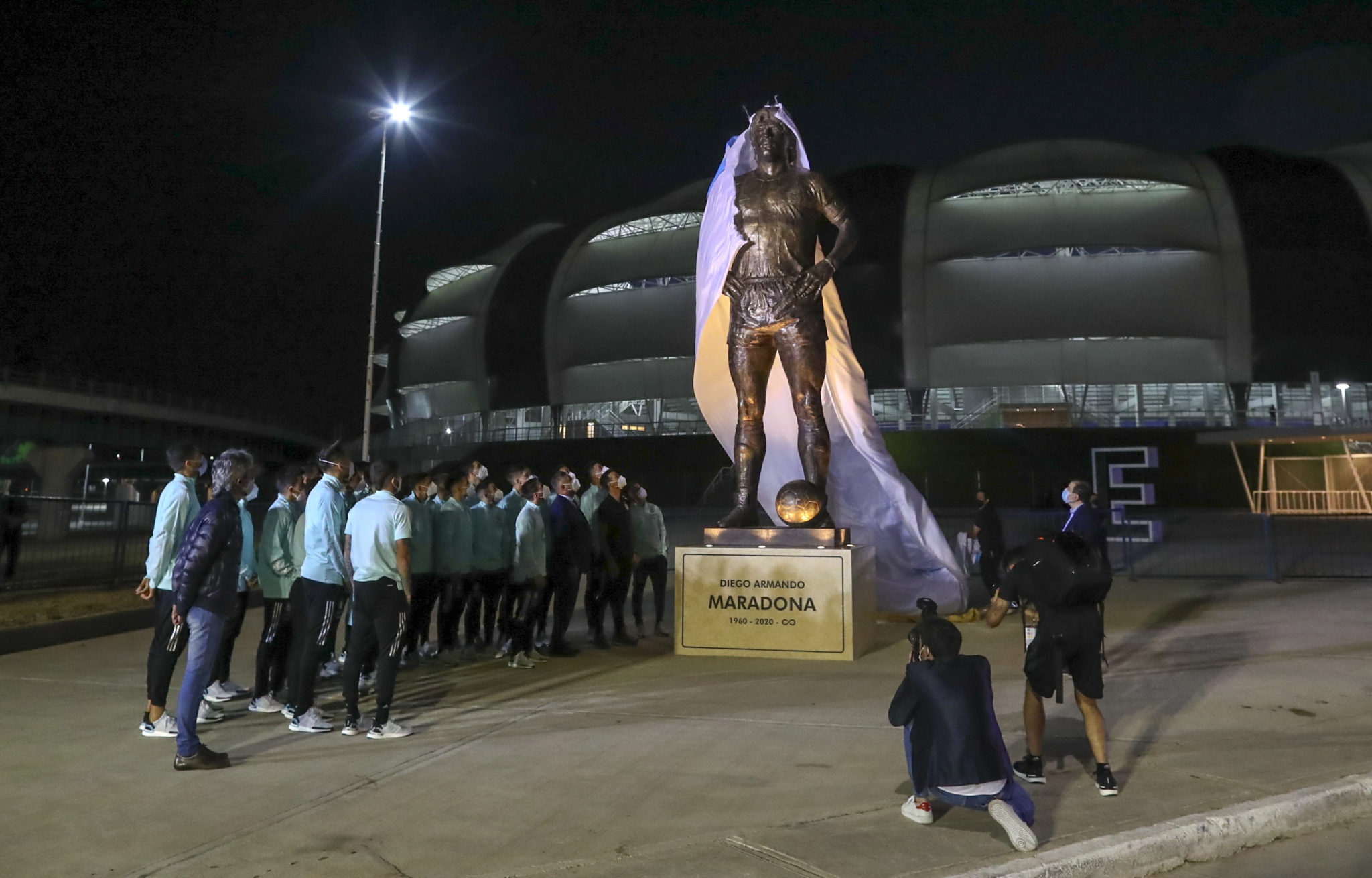 John Giles recalls two encounters with Diego Maradona
Graeme Souness: 'I was lucky to share a pitch with Maradona'

Needless to say, on a night where Maradona's legend was celebrated Lionel Messi created something special of his own, also.

Although the game finished 1-1 on the night, the Barcelona star opened the scoring with a marvellous free-kick as his search for international honours with Argentina goes on.

Not the perfect start for Argentina, their next game is against Uruguay and will take place at 01:00 on Saturday morning Irish time.

Situated in Group A alongside four other teams, they will subsequently face Paraguay and Bolivia thereafter.