After such a promising start to the qualifying campaign, Denise O'Sullivan reflected on the unfor...

After such a promising start to the qualifying campaign, Denise O'Sullivan reflected on the unforgettable disappointment of Ireland's failure to reach the European Championships on Tuesday's OTB AM.

The best means of getting over their Euros agony may well be for the Republic of Ireland to qualify for the 2023 Women's World Cup in Australia and New Zealand.

It works in theory, one suspects.

"Nah, definitely not," responded Denise O'Sullivan, assuring OTB AM that last year's defeat to Ukraine remains an event she is unlikely ever to get over.

"We look back now and they are the kinds of heartbreak that make us stronger and better as a team going forward. We still have a lot to improve on.

"But it has been tough and I don't think I'll ever get over night, to be quite honest. It was just such a shock when we didn't get there. We were so close, so close and we still didn't qualify."

One of Ireland's most talented players, Denise O'Sullivan spoke to OTB AM from her family home in Cork.

From her recent loan spell at Brighton & Hove Albion to the monumental impact playing in the US with North Carolina Courage has had on her career, she remains optimistic that Ireland can fix the issues which plagued the most recent campaign.

To achieve what no Irish women's football team has done before them and qualify for a major tournament remains as vivid and vital an ambition for the 80-capped O'Sullivan as it did when she was making her way in the game as a young girl playing with the boys.

"Knocknaheeny has made me the player I am today," noted O'Sullivan of the area on Cork city's northside where she grew up, "it helped me a lot growing up there.

"I used to be out in the field from the time I finished school at 2.00pm to 8.00pm at night when Mam would call me in for something to eat." 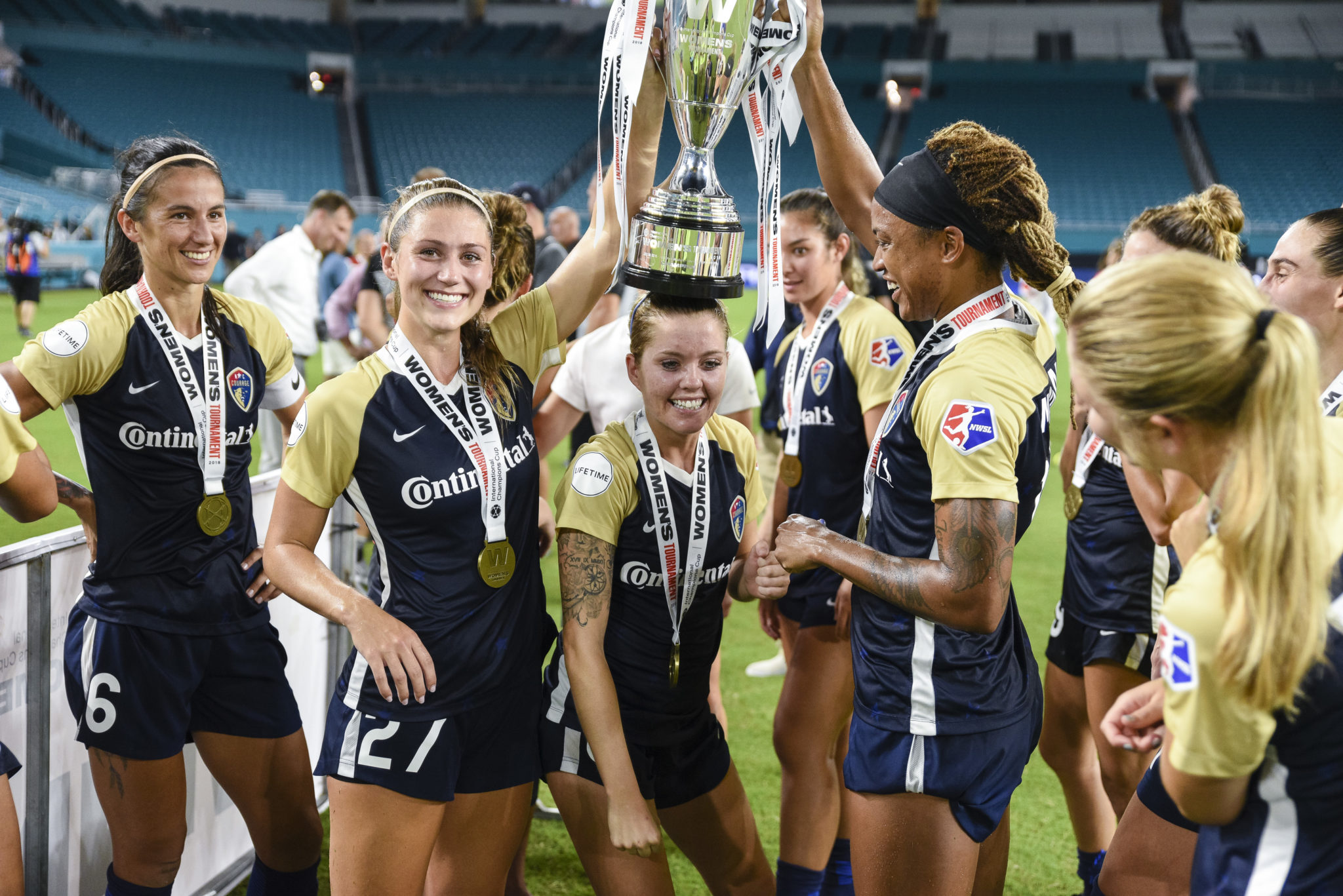 Becoming a member of Nufarm Athletic, it was on the boys team that she took her place.

"That was fantastic," she recalled, "because I could just work my way up from there and I've always been surrounded by people that are so motivated.

"There aren't many resources here and it is tough but I went from being a little girl here playing in the fields, using hoodies as goalposts to becoming a professional footballer.

"For any young girls or boys here that want to become a professional, you just have to work hard and graft every single day. It is possible to come out of here and do good things."

Working through the grades until she moved from Wilton Athletic to Cork City and on again to Peamount United in Dublin, she has played in Scotland, England and Australia since leaving Ireland in 2013.

The highlight of her travels has come during O'Sullivan's ongoing spell with North Carolina Courage in the US National Women's Soccer League, however, where she has been instrumental in successive league wins.