'Democracy has gone out the window' | David Rowe

After weeks of uncertainty surrounding the League Of Ireland's return, football has been given th...

'Democracy has gone out the window' | David Rowe

After weeks of uncertainty surrounding the League Of Ireland's return, football has been given the green light to resume play, however, there is huge levels of discord between the Premier Division club's over the agreed-upon structure, and how the decision to return came about.

Sligo Rovers treasurer David Rowe joined Joe Molloy on Monday evening's Off The Ball, accusing Shamrock Rovers of abandoning democratic practice after the Dublin side ignored the rest of the Premier Division club's near "90 per cent" consensus on there being one promotion place (from the First Division) and one relegation place (from the Premier Division), as a result of the shortened season.

Instead, the original format of one automatic relegation place stands, as well as a play-off to decide the second club that will be relegated.

The league is set to resume on July 31st. Sligo Rovers have agreed to a return to play.

"At times we feel like an outpost kicking against decisions that are made in Dublin by slightly more powerful voices at the table and that's exactly what's happened here. Democracy has gone out the window," said Rowe.

The #bitored issue a statement on agreeing a return to football following talks in the last month.

We ask all supporters to read the update.

There has been concern from some quarters in the country over the lack of representation of rural communities in the newly formed government cabinet, and there is a perception that football in Ireland mirrors politics in this regard, according to Rowe.

The key question that the league faces moving forward is how this dissent is expressed from "a number of very angry clubs."

Since Monday's decision was made there were talks of both boycotts and legal action.

There is precedent in other European league's with the latter, as Heart of Midlothian have threatened to take the Scottish Footballing authorities to court over the decision to end the Scottish Professional Football League (SPFL), which saw them relegated.

There were similar concerns in the Netherlands from FC Utrecht in April when their clubs voted to end the season prematurely, which cost them a place in next season's Europa League. 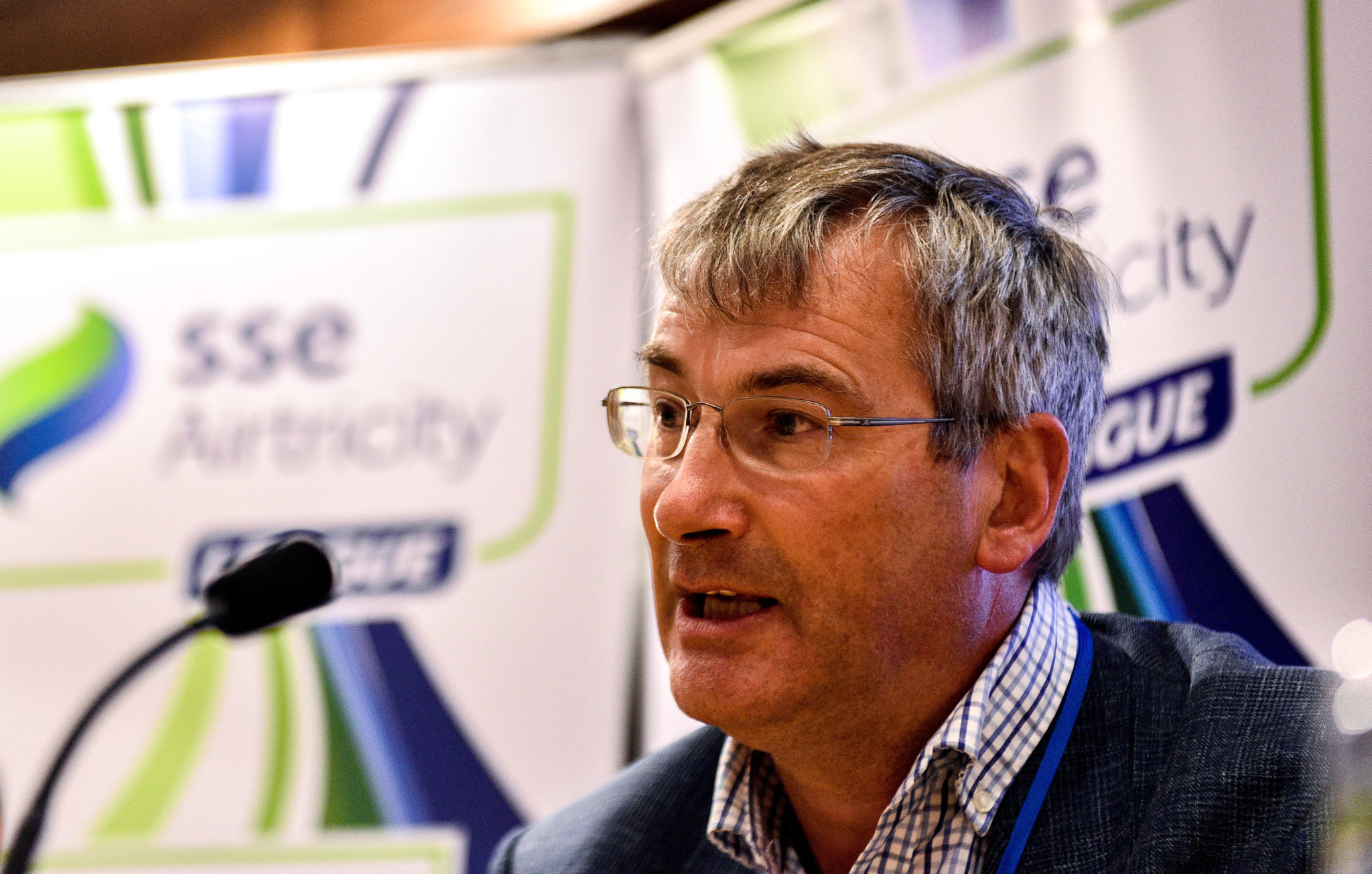 While Rowe was questioned on whether or not the anger from certain LOI clubs, in a precarious league position, was borne out of the financial risks that would come with relegation, he maintained that the club's viability is already in doubt, so much so that they have had to begin fundraising themselves already.

"We've set up a Go Fund Me page this evening which is really important for our survival."

At this juncture, it is unclear why Shamrock Rovers decided to move against the consensus position of the rest of the clubs in the Premier Division, Rowe could only speculate that they made the move in order to ensure competitive performance from all teams when the league resumes.

Having one side go up, and one side relegated would have ensured that this took place, Rowe stated.

"One up, one down would keep it very competitive. I guess Shamrock Rovers have a lead over Dundalk and the thinking might be that the more they scare and worry the lower points clubs it just keeps everybody on their toes in terms of competitive performance."

The irony of the decision that Shamrock Rovers have taken was that the group representing the First Divison sides does not include the Tallaght club, Rowe said.

Much of the animosity from the First Divison clubs towards Shamrock Rovers came from the league's decision to allow them to enter a B side into the league at the beginning of this year.

It remains to be seen how all of this will affect the league's restart, however it seems certain that there are currents that must be smoothed over before a ball is finally kicked at the end of July.