Former Republic of Ireland defender Damian Delaney joined Off The Ball on Thursday to discuss the dangers of dementia and other conditions from heading the ball in football.

It has come to light that heading the ball can cause a higher risk of concussions and developing conditions such as dementia and Alzheimer’s in later life.

Tony Cascarino had different opinions from Gareth Southgate on the link between football and dementia, with the England manager stating that he would still play if he knew about the link when he was younger.

Delaney is not worried about the potential of developing a health condition as a result of heading the ball, but felt Southgate’s comments were not reflective of his own feelings.

“I doesn’t concern me, [but] I have thought about it,” Delaney said.

“The reason it doesn’t concern me, I suppose first and foremost, is that footballs are different from when I played, pitches were different, everything was an awful lot better [from Cascarino’s days].

“That doesn’t take away from the fact that I have headed an awful lot of footballs, I have had several concussions.”

For Delaney, the fact that dementia is so common in the United Kingdom (UK) means that he is not any more concerned about it than the average citizen.

“It is also worth bearing in mind that dementia is the number one killer in the UK, it is the biggest,” Delaney said.

“I know that there was a study done that [revealed] that footballers were three and a half times more likely [to develop dementia] than a member of the public.

“But, if it is the biggest killer in the UK, then there is a likelihood that people are going to get it anyway.”

The study in question, from the University of Glasgow, also revealed that former footballers were also five times as likely to suffer from Alzheimer’s, four times as likely to experience motor-neuron disease and had double the chances of developing Parkinson’s disease. 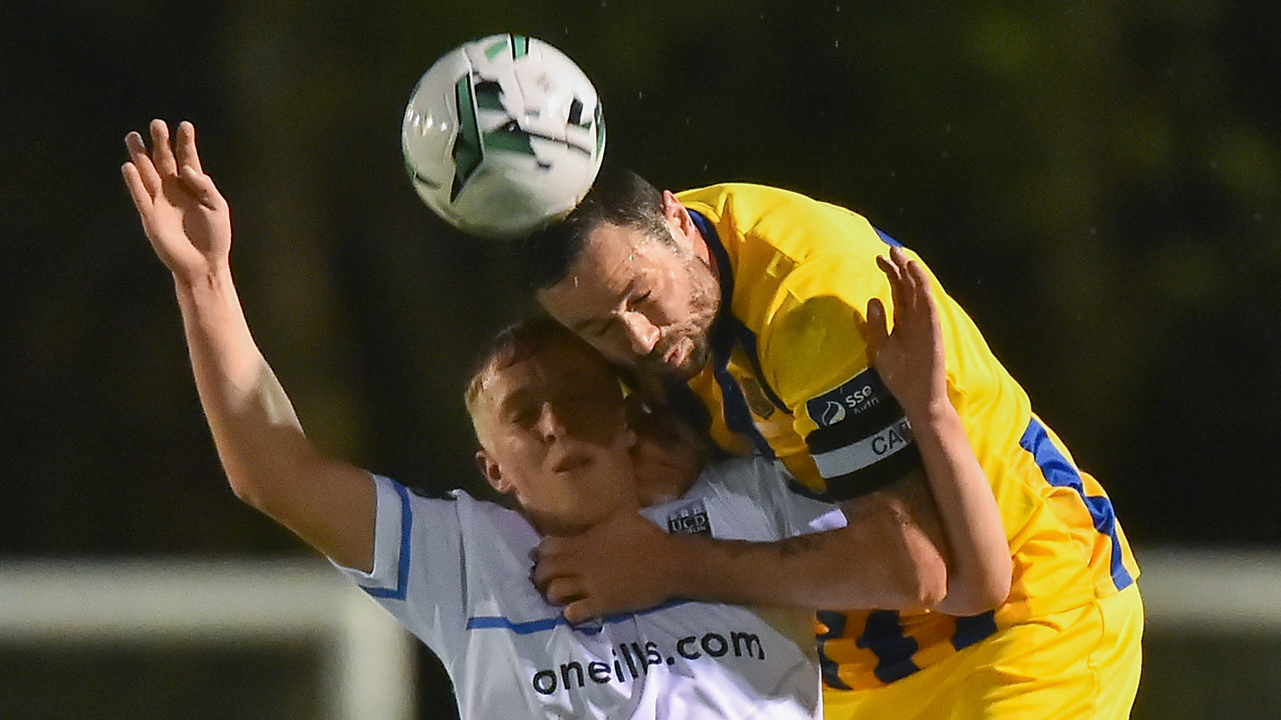 Damien Delaney of Waterford in action against Sean McDonald of UCD during the SSE Airtricity League Premier Division match between UCD and Waterford at The UCD Bowl in Belfield, Dublin. Photo by Ben McShane/Sportsfile

With all of this information on hand, Southgate’s comments earlier in the week, in which he stated that the joys of playing outweighed the risks, were not echoed by Delaney.

“I don’t actually agree with Gareth Southgate there,” Delaney said.

“I think that if somebody had told me at the start of my career that there was a fair chance that you were going to get Alzheimer’s or dementia in your 50s or even your early 60s, I think it would be something you would have to consider.

“If that is proven to be [the case], then something will obviously have to be done with heading in football.”

These steps are already being taken in underage football, as currently no heading is allowed at under eight level.

Despite having suffered a few concussions in the past, though, Delaney is not suffering any side effects, which he believes is down to him still being young.

“I am sure my missus would tell you different, but no, right now I don’t feel anything,” Delaney said.

“Again, I am only 39, so I can understand Cascarino’s fears; he is getting to the edge of the age bracket where he could potentially get it a couple of years younger.”