Despite José Mourinho repeatedly affirming that Troy Parrott is not ready for the Tottenham first team, Damien Delaney doesn't believe the young striker should seek a loan move.

The Portuguese's reluctance in putting the 17-year-old into the Premier League despite Harry Kane's injury has led many to argue that the Dubliner should chase first-team football at any level.

While many Irish fans have echoed those calls impatiently desperate to see how good the Dublin prodigy is, speaking on Wednesday's OTB AM Delaney warned that a loan move could be risky at that age.

"I know a lot of people are saying he should go on loan but not yet, he's only 17. If you chuck him out on loan you could ruin him, especially into the Championship," Delaney claimed.

"Maybe if he went abroad to Holland or somewhere where the football was a touch slower and less physical, but I definitely wouldn't be sending him into the Championship at 17 because you could ruin him." 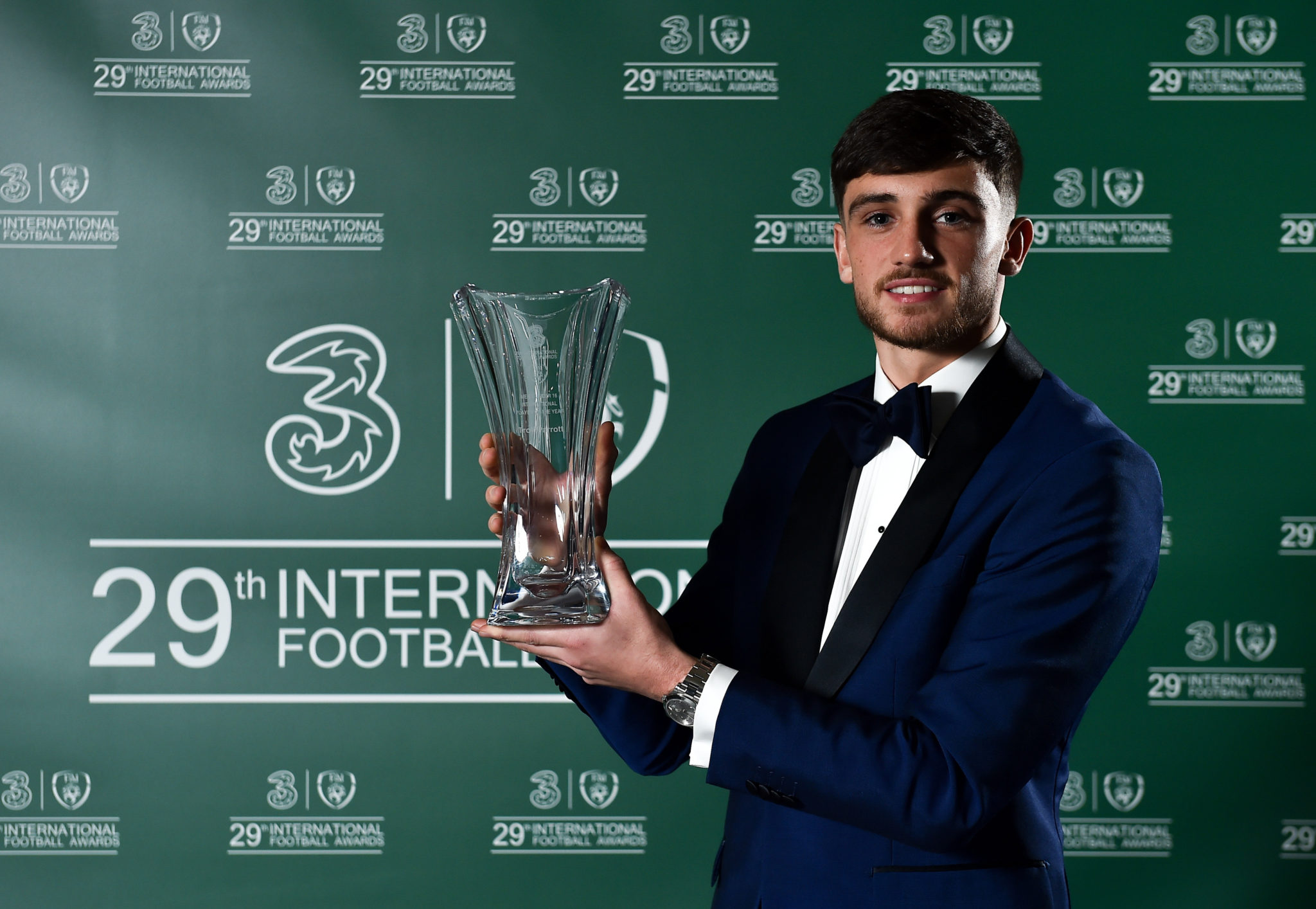 17 March 2019; Under 16 International Player of the Year Troy Parrott with his award during the Three FAI International Awards at RTE Studios in Donnybrook, Dublin. Photo by Seb Daly/Sportsfile

Cautioning against the danger of damaging his confidence against battle-hardened opponents in the Championship, Delaney argued that Parrott may best be served maturing at Tottenham and with Stephen Kenny's Ireland U21s.

"Obviously the eyes of the Irish media are going to be on him if he did go on loan and that pressure could be too much.

"If a loan spell didn't go well then a lot of people will be like, 'Oh, there it was again overhyping Troy Parrott he's not as good as [was said].'"

Although Mourinho has played his own part in hyping up Parrott by giving him the match ball and praising him on his Premier League against Burnley, the former Republic of Ireland international believes people should trust the Spurs manager when he says his young striker is not ready.

"He sees him every day in training, so if he thinks he's not quite at the level required yet then I think everybody should accept that. I know people jump on the whole José doesn't do youth team players and doesn't promote youth, but he's 17.

"He's going to learn so much from being in and around that Tottenham first-team training room, training every day with them, seeing the standards that are required."

Recalling that it was Mauricio Pochettino who initially said Parrott wouldn't be ready for the first-team for two years, Delaney added that the priority for the teenager should be consistency in training and picking up everything he can from senior players.

"Obviously, if he's training against Jan Vertonghen and Toby Alderweireld that's a huge learning experience for him, how difficult training is every day against them. I can imagine those guys are training every day to a really high-level.

"Troy needs to get to that level and show every day that he can compete with these guys in training really well and when he does that maybe he will be given a chance or he will be sent out on loan."

McClean: 'How do you tell your kids their Daddy is hated so much?'

Keith Earls: We plan to give Craig Casey a special first cap