The West Ham and now England midfielder posted the comment while he was still an Ireland Under-15 international.

He had typed the following line: "my brudda, UP THE RA. Wait Till We Draw England".

But he switched international allegiance to England in February. He is in Gareth Southgate's current Three Lions squad for the Euro 2020 qualifiers. 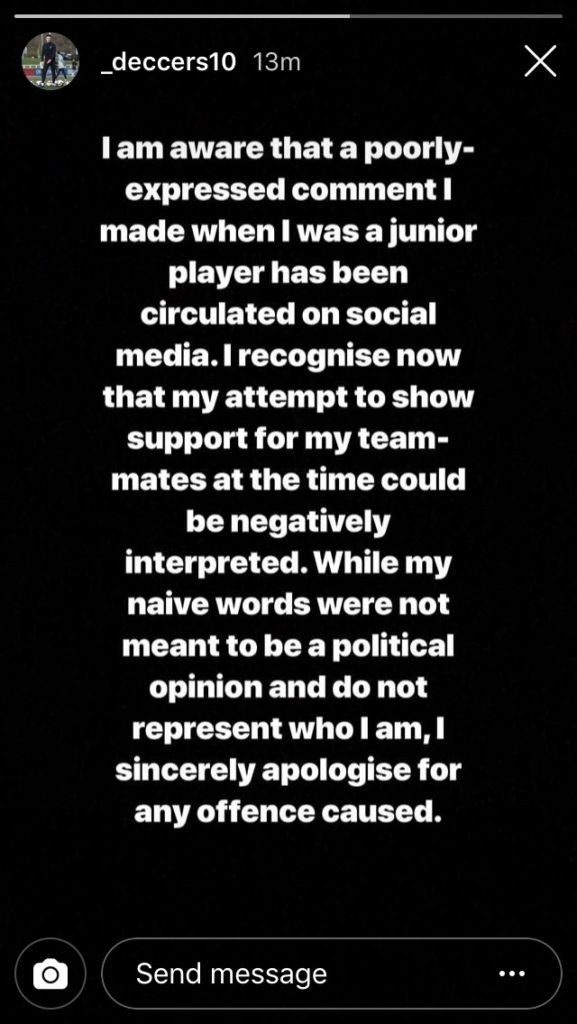 The 20-year-old also said his "naive words were not meant to be a political opinion and do not represent who I am".

He concluded: "I sincerely apologise for any offence caused".

Rice could feature for England against Czech Republic on Friday night at Wembley.

It would be his fourth senior international match, having won three caps for Ireland in friendlies.

Southgate's side then play Montenegro on Monday.

This week, he had spoken of his excitement at the England call-up in an FA "first impressions" video interview:

“I was just bursting with pride. It’s everything that you’ve wanted to work for as a kid and it has come true. The call-up is one of the best feelings you’re ever going to feel," he said.