With remarkable openness and honesty, the former Republic of Ireland international David Meyler considered the undesirable consequences that come with fame.

It is difficult to comprehend the external pressures that await the captain of Manchester United.

Away from the pitch, this prominent association with one of the world's most widely supported clubs guarantees near global recognition.

In a week where Harry Maguire, the current incumbent, firmly rejected the notion that he had used this position as a point of leverage in an encounter with Greek police, David Meyler considered the consequences of footballing fame.

A former Republic of Ireland international and Premier League footballer, though the likelihood of his being recognised in public never quite matched that of the England international Maguire, he nevertheless understands.

"I've had it over the years," he explained to Off The Ball of the numerous public encounters he has had with fans.

For better or worse, some meetings have led Meyler down paths where he has reason to regret his own behaviour. Yet, in the entitlement of certain passers-by who couldn't help but make a remark, he has been deeply hurt also.

"People don't often know what's going on in your real life," he explained of an incident that occurred during his playing days.

"I happened to come home to Cork during freshers week. My wife and I had just had our third miscarriage in the space of 11 months and my club had given me some time off.

"I remember sitting outside McDonald's and some fella just stuck a phone in my face and recorded me. That went up on Facebook then and it just went more or less around Ireland.

"Now, that person at that time had no idea what was going on in my life. My wife and I were going through a really difficult time but this fella wanted to try and provoke me.

"It is part and parcel of being a footballer though and I put myself in a position like that by going out."

Unfortunately, even in circumstances where one should plainly see that approaching a person in public is ill-advised, it has not stopped some determined to get what they want.

"I found myself in the park with my daughter who was 2 at the time," explained Meyler of another incident.

"It was quite busy and she was just running around playing when another father came up to me and asked for a photograph with his five-year-old son.

"I told him that I couldn't because I'm minding my daughter. 'Ah, of course you can, it'll take two seconds.' Now, in that split moment of talking to this guy my daughter had slipped from my eyesight.

"I was there in the park with my daughter and this guy is just persistently at me. I nearly lost the plot, to be honest. 'Can you give me 10, 15 minutes because my wife is coming to collect us and I'll take the picture then?' He just kept persisting.

"When my wife came we took the photo then and he apologised eventually. But, imagine if something had happened to my daughter when I'm taking a photo with another child?!" 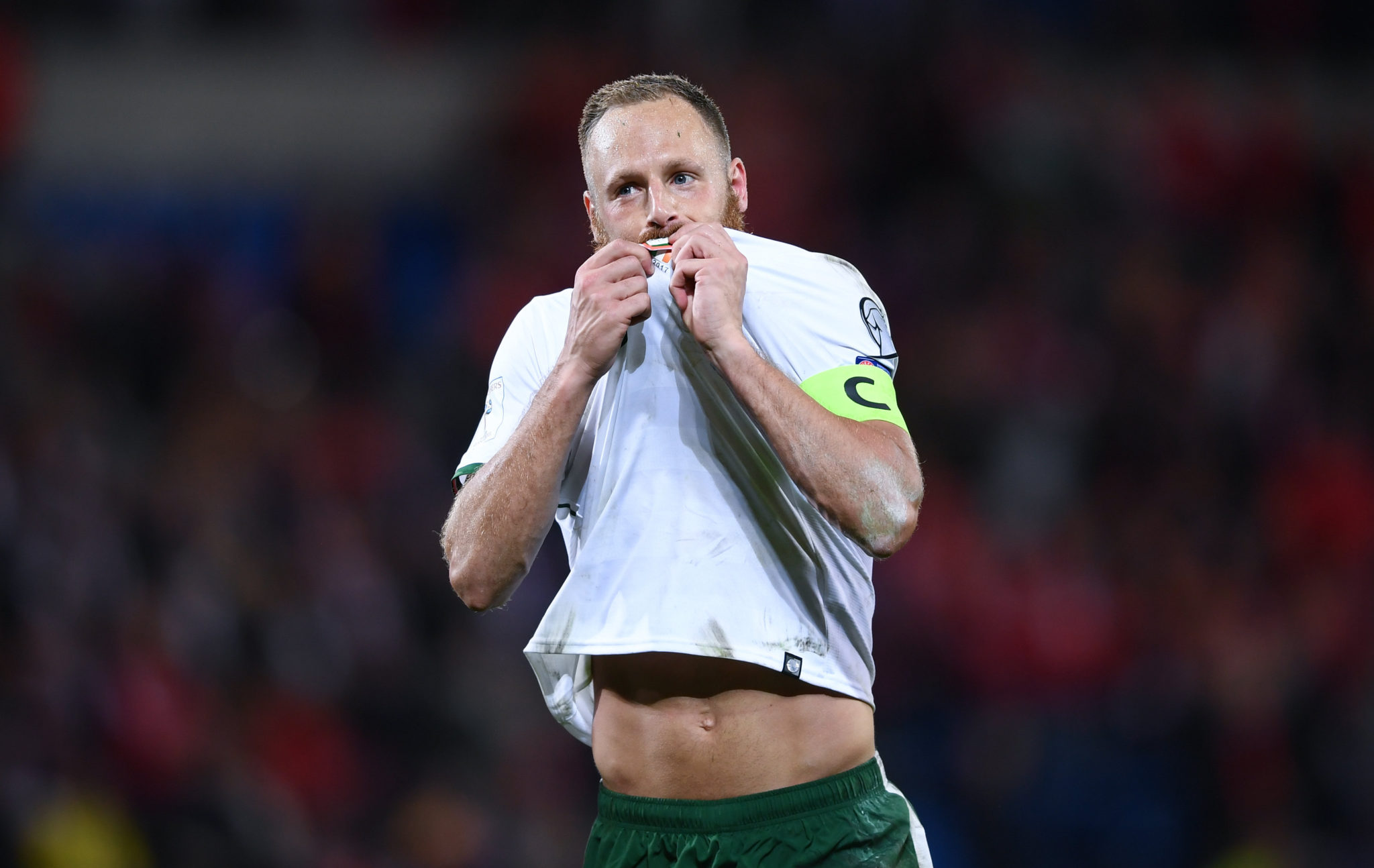 A Cork native, Meyler's professional career in England began with Sunderland after he signed from Cork City in 2008.

From Sunderland to Hull and onto Reading, the midfielder amassed 26 caps for the Republic of Ireland in a career ultimately cut short by injury.

Memorably, Meyler was selected by Martin O'Neill to captain Ireland as they defeated Wales 1-0 in Cardiff to secure an ill-fated World Cup playoff against Denmark in 2017.

"I'd another occasion in Cork where someone came up to me and has just had a pop off me," he explained. "My pals get their backs up then thinking this guy is going to try and hit me, but I asked him for a minute to talk to him.

"By the end of this 10-minute conversation he just says to me, 'You know, you're actually alright.' This is the problem though because you want to take yourself out of these situations but I want to be able to spend time with my friends or my wife.

"I've even had occasions where I'm not there and someone has gone up to my parents when their out for a drink to have a pop off me.

"Now, I'm fortunate that my father has the experience through the GAA and he is able to deal with it, but my mother was very upset. Why is some 40-year-old man coming up to them abusing their son?

"It is a shame because a few days later my Dad will have to tell me all about it."

You can watch back David Meyler in full on Saturday's Off The Ball here.

Meyler: 'Beating Italy in 2016 was special' | Moments in EUROs history

‘He fits in perfectly’ | Wes Brown on Sancho to Manchester United