On more than one occasion since swapping Chelsea for Arsenal at the beginning of this season, David Luiz has been roundly criticised for committing errors to the detriment of the North London club.

Overwhelmingly, the Brazilian's departure has thus been considered a shrewd piece of business by the clinical Frank Lampard.

As the fight for Champions League football comes down to the final few rounds of Premier League games, however, it is Chelsea's uncertain defense that may yet be their undoing.

In a potentially straight shoot-out between the London club, Leicester City and Manchester United for two remaining places, Chelsea, by virtue of the number of goals conceded, will likely be in a worrying place should goal difference be required to separate the sides.

Last season, Sarri's Chelsea conceded only 39 goals in the Premier League. This time out, with three games left to play, Lampard's team are already 10 goals worse off and have conceded more than any other side among the league's top 10.

So, what has happened?

"What difference is there at centre-back this season," asked former Chelsea winger Pat Nevin on Tuesday's Off The Ball. "There's no David Luiz.

"That will annoy the hell out of people because people will always just use statistics until it doesn't suit.

"So look, I'm not saying that David Luiz would have made all that much of a difference, but he was actually part of a settled defensive partnership last season with [Antonio] Rudiger.

"Yes, he makes some daft mistakes but that is a big increase in goals conceded and he is partially a reason for that." 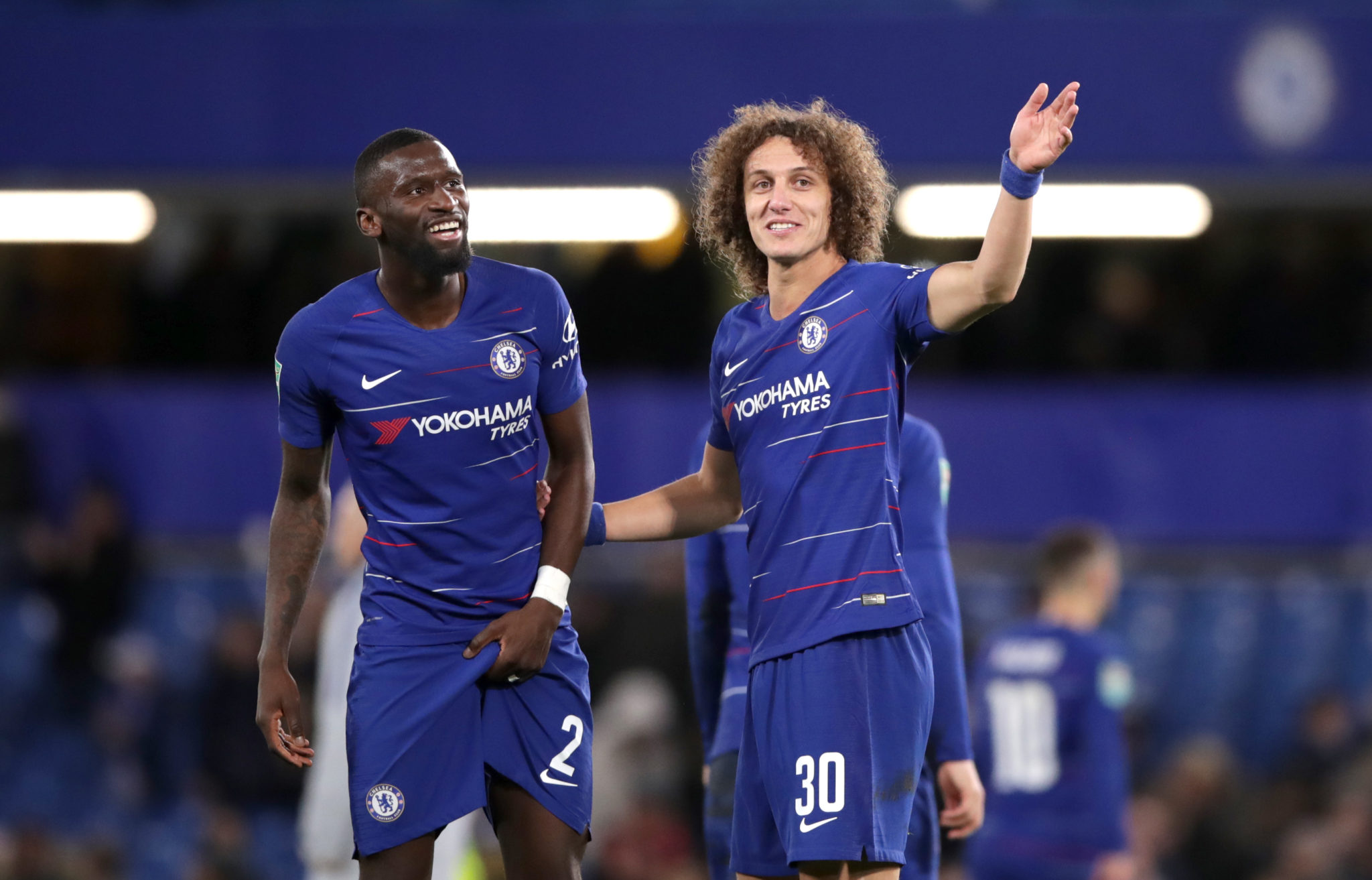 In its totality, Nevin shied away from putting all of Chelsea's defensive problems on the Brazilian's departure. Nevertheless, he was indicative of a structure that Lampard dismantled upon taking the job and has yet to replace with something tangible.

"They really need to consider that centre-back position," he remarked of where Lampard's priorities should now be, "and whether they can get someone who is steady and strong.

"I know it goes against what Frank has said [about bringing in younger players] but it may be time to bring in someone is 31, 32 and has been there and done it all."

Rudiger: 'Some Leicester players don't know how to celebrate'