'Long was through and I was thinking go on!' | Darren Randolph on that Germany goal

If you were to ask any Irish football fan about Darren Randolph, chances are they would mention that Shane Long goal against Germany at the Aviva in 2015.

After Shay Given went off injured in the first half, Randolph had to step up and fill the veteran's shoes.

With his long ball out to the Southampton striker, Randolph provided the assist for one of the most important goals in Ireland's Euro 2016 qualifying campaign.

Randolph spoke to Off The Ball about being part of that magical night at the Aviva.

"I remember getting a pass back from, I think it was David Meyler, and I remember just seeing a white jersey closing me down.

"In my head, I was thinking just get it onto your right foot and get it clear on the right side because I knew we had Shane [Long] and Jonathan Walters," Randolph said.

To him, he was only getting the ball out of harm's way and he did not really see it as an attacking opportunity. 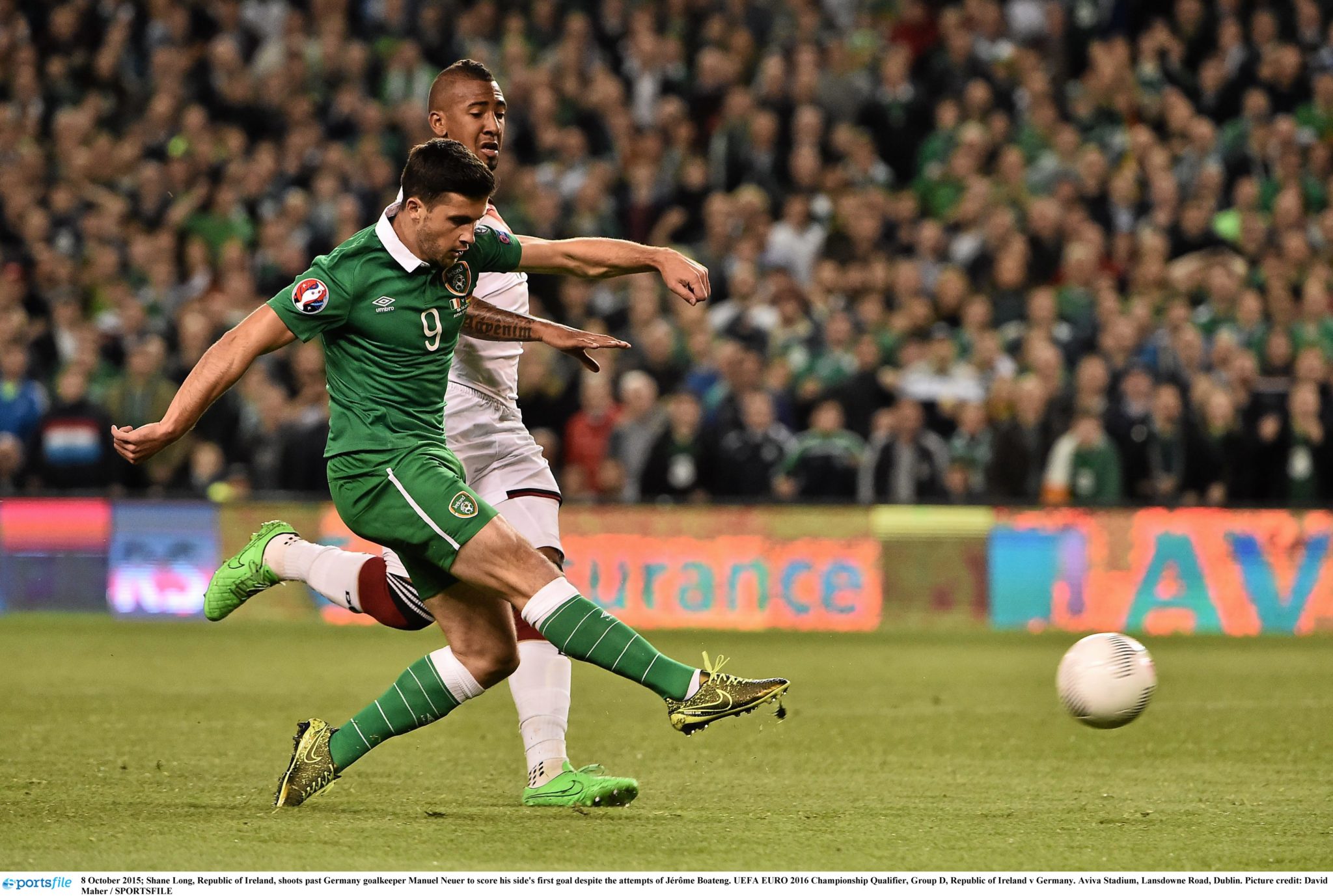 "Later, I was looking I was thinking alright well it is out of danger that's good.

"Then the next minute it's bouncing over everyone and Long is through and I'm thinking, go on, go on!", the Middlesbrough goalkeeper said.

After Shane Long slotted the ball past Manuel Neuer the stadium erupted and as Randolph recalls it was a special experience.

"The noise, the atmosphere that night was unbelievable and I haven't been involved in anything like it at the Aviva since that night.

"To come on in that game against the then World Champions and play a role in that goal is something very, very special," he said.

'Ireland's goalkeeping situation is a worry' | Shay Given