Along with the Junior Council, they released a statement praising his contribution to Irish grassroots soccer. A member each from the Leinster FA, Munster FA, Connacht FA and Ulster FA co-signed the statement.

Among the areas highlighted are moving the FAI HQ to Abbottstown and visiting "almost 2000 grassroots clubs".

They also cite Delaney's election to UEFA's executive committee as something that underlines the "high regard he is held within the game in Europe".

But the statement has emerged at a time when Delaney is under mounting scrutiny.

While he has stepped down as FAI CEO, he will remain with the association as executive vice-president. He is also due to attend a meeting with the Oireachtas Committee on Sport in April.

Delaney and the FAI were also the subject of protests by Ireland fans during the Euro 2020 qualifier win over Georgia.

A section of supporters threw tennis balls on the pitch on 33 minutes and others held aloft 'Delaney Out' banners. 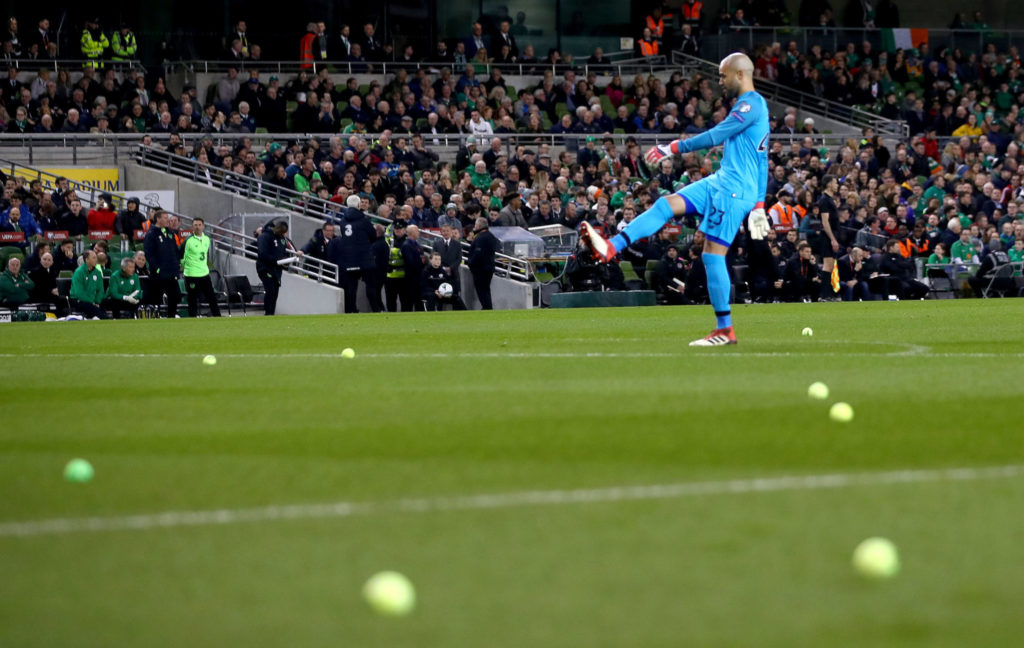 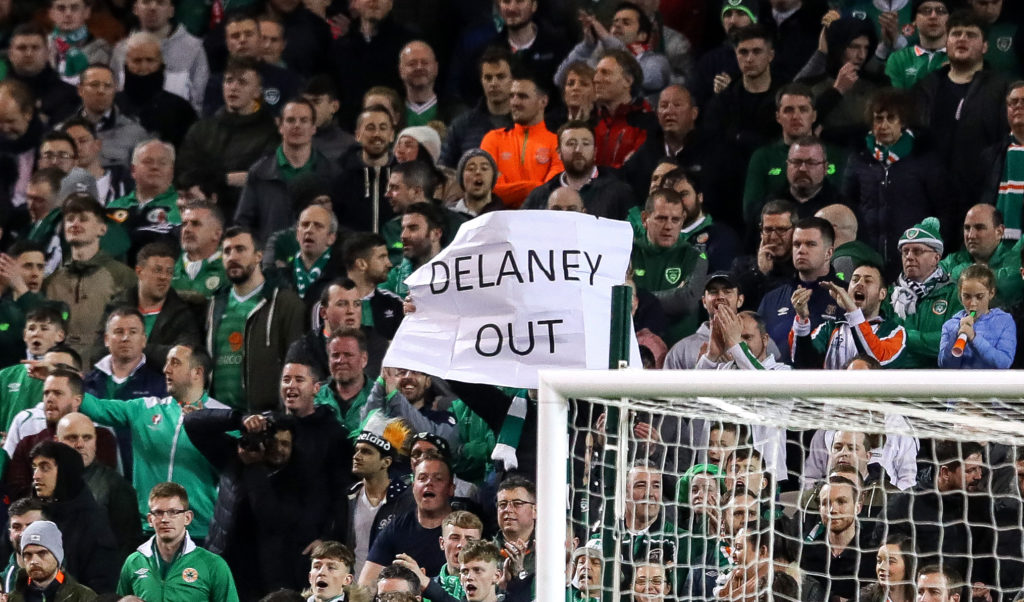 "In light of recent events concerning former FAI CEO John Delaney, the four Provincial Associations and Junior Council feel it is an appropriate time to acknowledge the contribution of Mr Delaney to the grassroots game over the past fourteen years.

"In his time as CEO, he has visited almost 2000 grassroots clubs all over the country from Wexford to Donegal and Kerry to Louth, assisting many clubs with the development of their facilities. He has turned the sod on many new grounds and performed opening ceremonies at several new clubhouses and has always recognised the work performed by volunteers at club level all over the country.

"Under John’s leadership, the FAI facilities department assisted many clubs with Sports Capital grant applications as well as advising clubs technically on clubhouses, artificial pitches and floodlighting. Whenever possible he attended club and league presentation nights, anniversary dinners and dedicated a lot of his free time to attending these events, often taking up family time to be at a particular event to recognise a landmark occasion.

"He was instrumental in bringing the FAI AGM from a Dublin based event to several counties around the country and this Festival of Football is now a much sought after event by many leagues and is booked up well into the mid 2020’s.

"The launch of the FAI National Draw assisted many clubs in raising badly needed funds with the FAI providing some excellent prizes allowing clubs to keep a major share of the price of every ticket sold. This draw has become the sole major fundraiser of many grassroot clubs around the country and has further assisted clubs in developing their facilities and coaching structures.

"When John Delaney became CEO in 2005, the FAI were renting Lansdowne Road from the IRFU for International games, they are now co-owners of a state of the art stadium which is the envy of many National Associations.

"Also, in his time as CEO, the FAI moved from Merrion Square to a very impressive complex in Abbotstown providing offices for staff, affiliates and leagues with six superb quality pitches which are up to International standard.

"The Women’s and Schoolboys section of the grassroots game have been brought under the umbrella of the National Association and in the history of the game in the country, it could be said that all strands of the game have never been closer and working so well together.

"Next month, the country will host the UEFA Under Seventeen finals, an event that has sixteen countries competing in games that will be played in Dublin, Longford, Wicklow and Waterford. This comes on the back of a very high profile qualifying draw for Euro 2020 which was held in the Convention Centre last December and brought the elite of European soccer to Dublin. June 2020 will see four games in the Euro 2020 finals being played in the Aviva Stadium with our boys in green hopefully still involved.

Our Vox Pops ahead of Georgia game

So what are 🇮🇪 Ireland fans making of the John Delaney situation? #IRLGEO #coybig🍀🇮🇪

"With bids for the UEFA Under Twenty One finals in 2023 and a joint FIFA World Cup bid for 2030, this is a very exciting time for our beautiful game and John Delaney must be given credit for the hard work and effort he has put into ensuring the game is in the best place possible in this country.

"His election to the UEFA Executive committee is testament to the high regard he is held within the game in Europe and while this is a great honour for John, it is also recognition of the game in our Association

"All in the grassroots game are very grateful for John’s support and contribution to the grassroots game in his time as CEO and fully believe he is the person to continue his work with UEFA and FIFA matters in his new role as Executive Vice President."

Braithwaite criticises UEFA | 'Many players were not in condition to play'