Stephen Hunt believes he only said 'what people were thinking' when he confronted James McClean when the Derry man first broke into the Irish squad.

The former Republic of Ireland international was speaking at Off The Ball’s Cheltenham and Football Roadshow in The Camden and spoke about the dynamic of his and McClean’s relationship.

“James McClean has always been like that but at the time he was a young chap finding a bit of success.

“At the time I could hear whispers, and it’s typical that I was the one to say, ‘Listen, James, respect everything that goes with it.’ It wasn’t meant in any kind of nasty way. It was in a way that - I’m saying what people are thinking,” Hunt said.

'Robbie brought me down a peg or two'

The former Reading player revealed that he experienced a similar welcome from Robbie Keane when he first broke into the Irish squad.

“I remember when Robbie brought me down a peg or two when I came in. I actually said something to Robbie in training one day and he had a go at me. I took it because maybe I actually am a cheeky shit sometimes.

“So it happens and you’ve just got to get on with it. I remember having a conversation with James two or three years ago at a charity ball.

“I had two or three gins as well so it wouldn’t have helped. So I actually said to him, ‘Listen, if I offended you at the time I’m sorry. It wasn’t meant to be in a horrible way.’

“It was meant to be a case of, ‘Calm yourself down. You’ve just come into the squad. Get on with your work.’” Hunt commented. 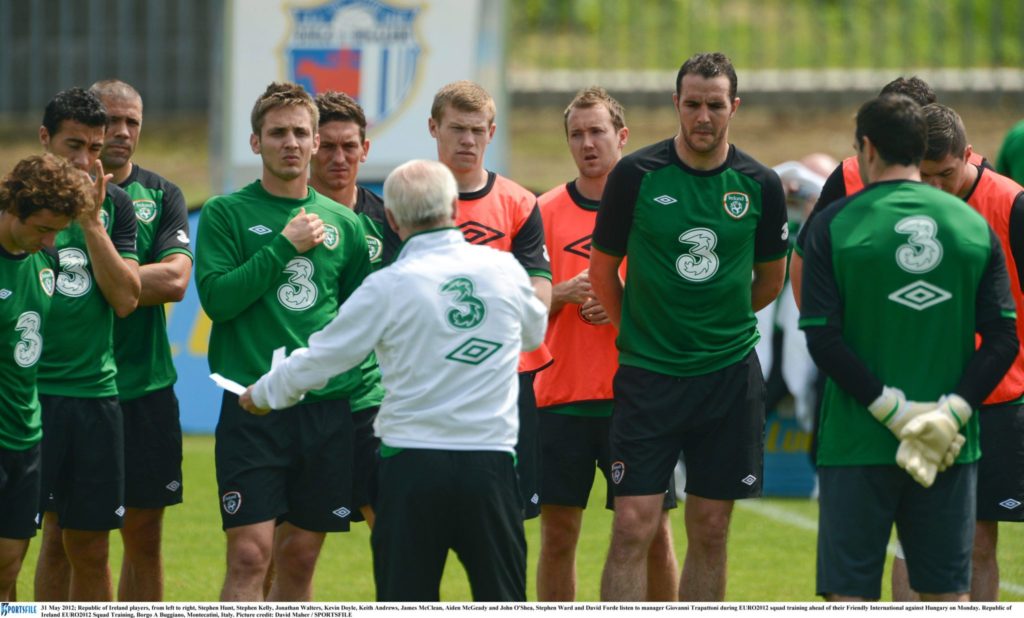 Stephen Hunt and James McClean listen to Giovanni Trapattoni along with other members of the Ireland squad in 2012.

The Waterford native admitted that the brewing competition between the two may have played a role in his attitude towards McClean.

“In fairness, a week before that a guy on TV had said, ‘My son wants to see James McClean playing at the Euros.’ I was struggling with an injury so I was on the back foot with James anyway.

“So maybe that was a buildup of me being frustrated that I was injured and then James coming on the scene. I get that but he was coming in with attitude at the time. I’ll keep it for the book,” Hunt said.