Club legends as young saviours... when it doesn't work

To a degree, Chelsea club legend Frank Lampard can still come up smelling of roses if his return as Blues manager doesn't go swimmingly.

Most managers who have left the west London club have made a tidy sum with their severance package. And unless it goes drastically wrong, the former midfielder can probably afford one failure on his CV. Especially at Chelsea where you're essentially on a hiding to nothing - additionally when you take current circumstances into account.

Of course, there have been many cases where a club legend returns to take the reins as a young manager and inspires success. Pep Guardiola at Barcelona is one of the great examples. A key part of Johann Cruyff's Dream Team in the 1990s, he returned to his home club in 2007.

But crucially, he was first put in charge of Barcelona B. On one hand, he coached future key players like Pedro and Sergio Busquets at that less pressurised level. But he also implemented the club's DNA in his image away from the limelight. And if you've ever read Graham Hunter's Barca: The Making Of The Greatest Team In The World, many of the video and preparation techniques that served him well in the A team, were successfully applied to his B team.

Obviously, Lampard has had a year of management at Derby County where he also worked with Chelsea loanees. But it's not quite the same, is it?

Either way, there are a couple of cautionary tales of club legends returning to their former haunting ground for their first permanent managerial assignment or within a year or two of jumping onto the coaching ladder. Those big clubs don't tend to go down that route often due to the risk involved. And while it can occasionally work, failure is always an open possibility. So let's look at three 21st century examples at bigger clubs in the Big 5 leagues that Lampard will hope to avoid joining.

It goes without saying that AC Milan are enduring one of their more difficult eras. They recently agreed a suspension from European competition and the seven-time European Cup winners haven't even appeared in the Champions League for five years.

None of the managers they have turned to since Massimiliano Allegri left in 2014 have been able to bring about a dramatic upturn in fortunes. Back in 2014, they tried the 'young club legend as manager' trick. And needless to say, that didn't work.

First, Clarence Seedorf took charge. Although early results were encouraging, the current Cameroon manager was sacked after less than six months. A poor run of five-straight defeats in February and March, including a heavy aggregate defeat to Atletico Madrid in the Champions League cost him. 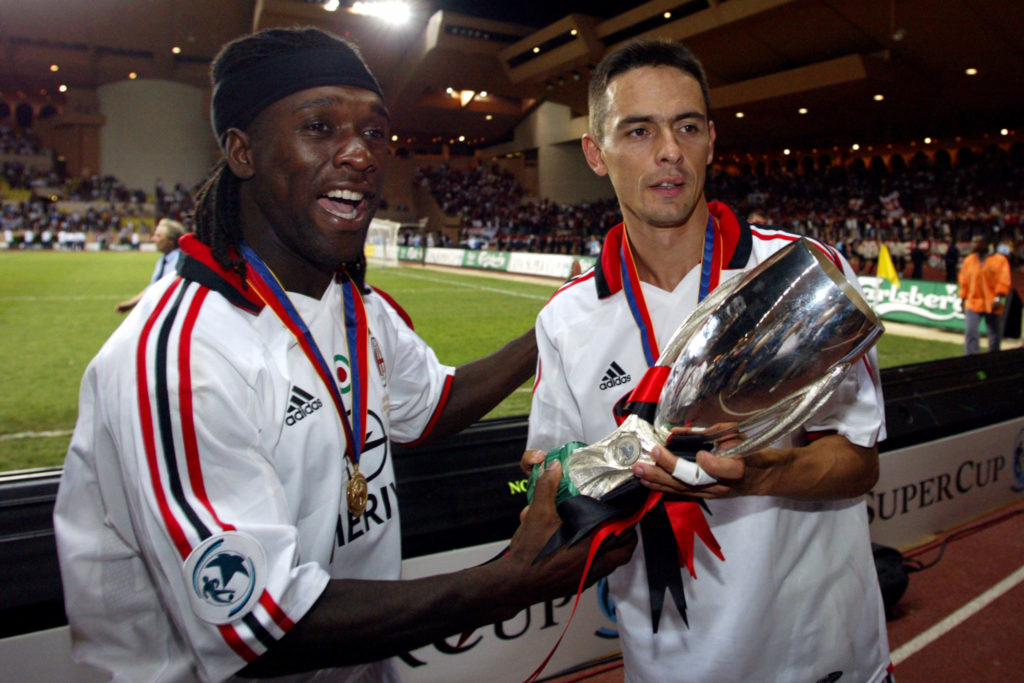 His former team-mate Filippo Inzaghi didn't fare much better when he replaced the Dutchman. Unlike Seedorf, who had only just ended his playing career before taking charge of Milan, Inzaghi had coached in Milan's youth set-up for a couple of years. But he didn't last much longer in the top job. Given the full season, the man Alex Ferguson dubbed as "born offside" had a win ratio of just over one in three.

The Rossoneri struggled badly and finished a lowly 10th, their worst league finish since 1997-98. The 45-year-old's managerial career hasn't really taken off since.

The Arsenal legend started his professional playing career at AS Monaco.  He also started his managerial career there... and may have blown any further coaching aspirations.

Brought in last season as Monaco battled the threat of unexpected relegation, the France record goal-scorer didn't help the situation. In just 20 matches, Henry only won 20% of his games in charge.

There were particular low points like when he was caught insulting an opposition player. So when he was sacked, it came as no surprise.

And John Giles had his misgivings about Henry's managerial potential based on his TV punditry.

"Probably a nice fella, I don't know him at all,  and was a great player. But what I saw on the television, if I was a club owner or director, I definitely wouldn't appoint him as a manager," John told us.

Another key difference here in that Jurgen Klinsmann had managed the German national team for two years. But his first and only club assignment was a failure. A scorer of almost 50 goals across two years for Bayern Munich between 1995 and 1997, Klinsmann struggled when he took charge in 2008-09.

He didn't see out the season, the Bavarian giants sacking him in April 2009. According to Philipp Lahm's autobiography, the squad knew it wouldn't end well early on.

"All the players knew after about eight weeks that it was not going to work out with Klinsmann. The remainder of that campaign was nothing but limiting the damage."

They didn't achieve the Bayern prerequisite of winning the league and fell short in the cup and Champions League.

Lahm's overall point was that Klinsmann's tactical preparations were wholly inadequate and it certainly cost them. That lingering view already existed when he led Germany, with many claiming assistant Joachim Loew mitigated that weakness.

Concern for Ibrahimovic Milan future after knock suffered in training

San Siro set for demolition as stadium not culturally relevant