Classic Boots | Adidas F50's - The battle to be the lightest boot

You can find a fake quote for anything. The internet is full of falsely attributed quotes to pretty much every famous person out there, most notably footballers.

The BBC have even made a quiz out of fake quotes from Brendan Rodgers and Zlatan Ibrahimovic.

When I started writing this article, I thought to myself, this really needs a quote to tie it all together. Something inspirational from a legend of the game.

The results were varied. Some were too vague, some too specific. What I needed was something that, ultimately, is meaningless.

‘Ah, this will do the job nicely’, I thought.

“Football boots are very technical and have lots of specific requirements.” - Zinedine Zidane.

Is it real? I think you’ll find that it is connected to a photo of Zidane and that’s good enough for me.

Why did I need a quote about football boots again? Oh yes, because I’m supposed to be bringing you through the history of the Adidas F50 boots as we did on Team 33. 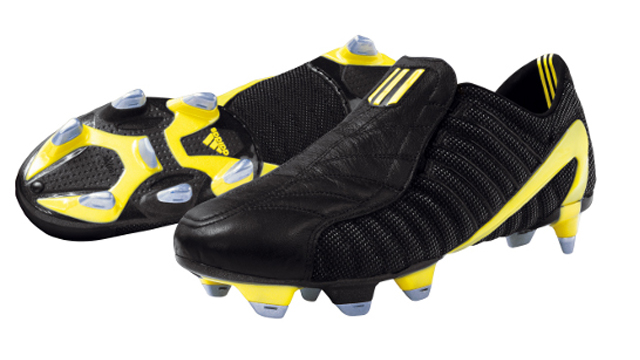 The first boot was released right before Euro 2004. Nike had released the Vapor boots prior to the 1998 World Cup and were already on the fourth edition of their brand of boots build specifically for speed. These were Adidas’ response.

They were simplistic in design but proved hugely popular. They came in different colours but the black and yellow versions proved most popular.

The key thing to note from the design is the cover over the laces. The idea behind this was to give a larger striking area on the boot and give you a more controlled touch. 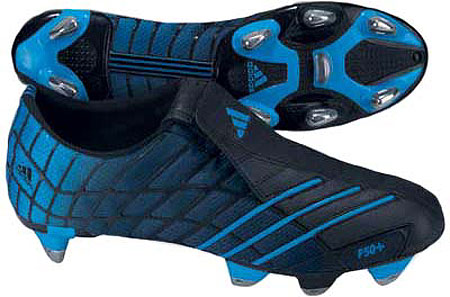 This boot is great for a number of reasons. The first being the design. The spider web look was iconic at the time and hasn’t really been recreated since.

The boot came out in a range of colours, the best version being the black and blue version (not just saying that because I had a pair), they were also a teenage Lionel Messi’s choice.

The boot also featured in one of the best football movies of all time, Goal 2. Santiago Munez tearing things up for Real Madrid alongside David Beckham and Raul, what more can you want? 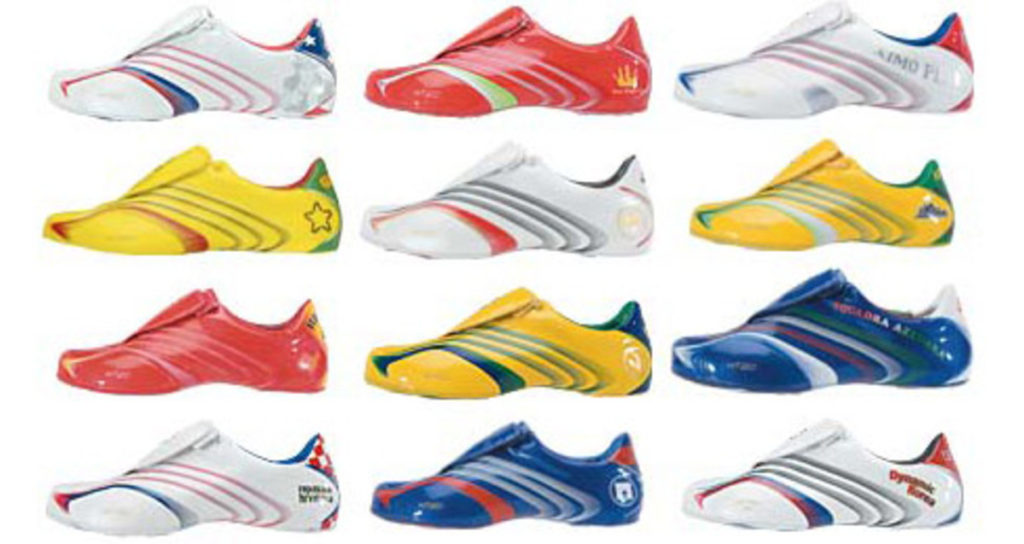 Here’s where Adidas start getting really creative. Realising that people playing in sunny Spain require different things from their boots than people in Dublin, they decided to give people control of their boots.

The Tunit’s came with three different stud types and different insoles. This meant people could customize their boots for specific surfaces.

The idea was great. The execution, not so much. For anyone who owned a pair, they’ll agree with me on this on.

The first versions of the Tunits were terrible. The boot was clunky, not very good looking and lost most of its integrity when you changed the studs. Thankfully, the folks at Adidas realised this and developed the boots further. 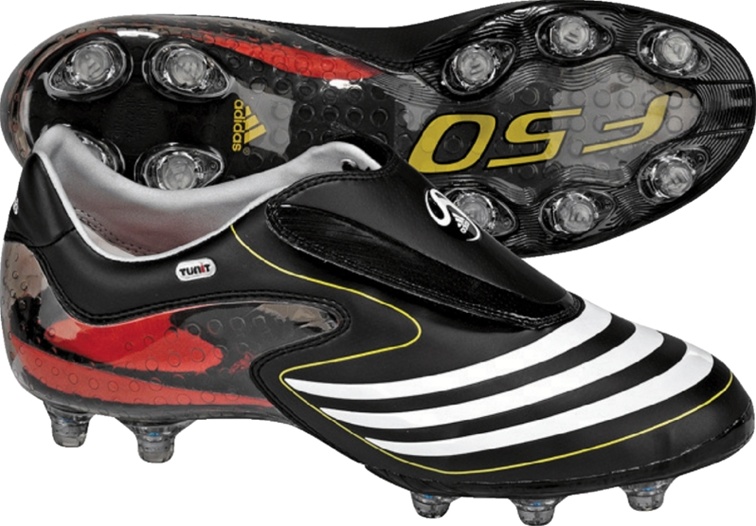 Going into Euro 2008, Adidas released new and improved versions of the F50 Tunit. We’ll focus on the look first.

The Adidas logo was moved further forward onto the toe, the shape of the boot was more dynamic and a clear heel was added.

Much better looking, far more practical and they didn’t fall apart when you took the studs out. These would be the last truly unique versions of the Adidas F50. 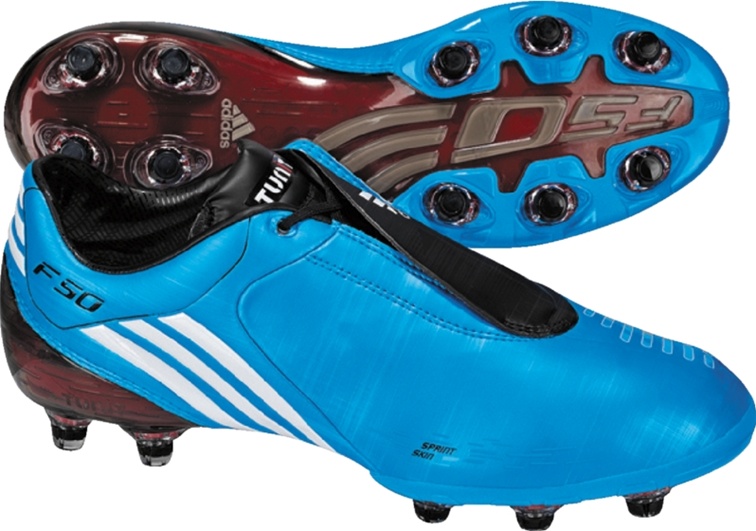 These boots were designed for one thing. Speed.

Nike had released the second line of ‘Mercurial Superfly’ which Cristiano Ronaldo had modelled in the Champions League final against Chelsea and Adidas needed an answer.

They responded with a new “Sprint Skin” which reduced the weight of the boot. The shape and style of the boot was complete changed too. This was just the start though as Adidas edged towards a bigger launch the following year.

Here’s where they get boring. The Adizero range was launched ahead of the 2010 World Cup in South Africa and signified Adidas’ deep dive into building the ultimate speed boots.

From 2010 - 2015 the boot didn’t change much in terms of style. The shape of the boot remained relatively similar year on year.

What changed was the science behind the boots. They tinkered with materials mostly to reduce the weight of the boot but also to do what their counterpart at Nike failed to achieve. Comfort.

The battle between Nike and Adidas at this point was almost more interesting than the boots. This was highlighted more than ever than the players who represented the boots.

Ronaldo wore the Vapors so of course, Lionel Messi wore the F50s.

During the AdiZero years, Messi was coming out on top. He smashed the record for goals in a calendar year while wearing the third generation

By the time the last edition of the F50 came out in 2015, Messi had won his fifth Ballon d'Or. 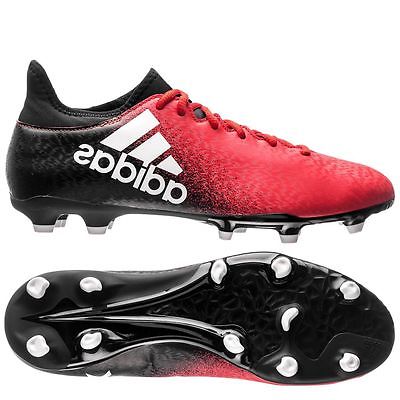 That’s unfortunately where they stop. Adidas discontinued the F50 range and replaced it with the Adidas X. Let’s face it, they’re just F50’s with a fancy new name.