Celtic forward Kyogo Furuhashi will miss up to a month with a knee injury, Ange Postecoglou confi...

Celtic forward Kyogo Furuhashi will miss up to a month with a knee injury, Ange Postecoglou confirmed today.

Their summer signing was hurt in Japan's World Cup qualifying win over China on Tuesday evening, and Postecoglou confirmed he will miss at least one of their Europe League group games.

The Aussie said that it initially looks like the Japan star will be out for "three to four week", but is hopeful it won't take that long.

Celtic are due to play seven matches domestically and in the Europa League between now and the 3 October.

Celtic are back in action this weekend when they face Ross County in the SPFL on Saturday, as they hope to bounce back from a derby defeat to Rangers prior to the international break.

That will be followed by a tough trip to Seville where they face Real Betis in the first group game of the Europa League.

Kyogo is also likely to miss the visit of Bayer Leverkusen in the Europa League group stage on 30 September.

"It is disappointing for him because he has had a great start," Postecoglou said.

"But it is part of football - these things will happen and we have just got to get on with it."

The Japanese forward has made an impressive start to his Celtic career, scoring seven goals in nine appearances since signing from Vissel Kobe in August. 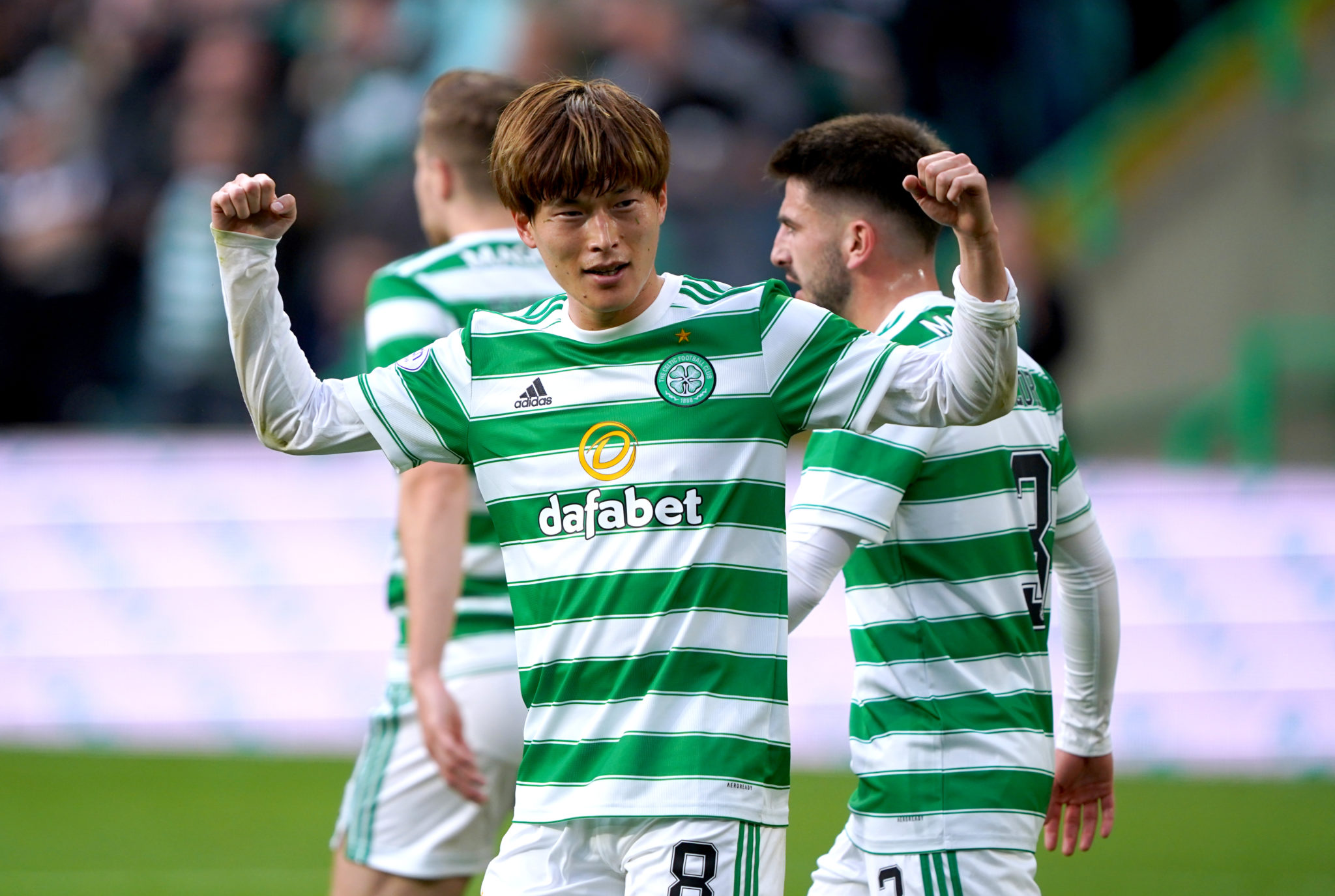 This could mean Celtic's new signing Giorgos Giakoumakis - who was signed on deadline day of the transfer window - will make a swift entrance into the starting XI.

Former Shamrock Rovers player Liam Scales could also make his debut in the coming week, he is available for selection this weekend and was included on Celtic's Europa League squad list.

Manager Postecoglou was full of praise for Scales when they announced his signing last month, saying he has a big future at the club.

"Liam is a young player who has impressed us and is someone who we think has the potential to have a big future at Celtic. He is an athletic defender who has the ability to play in a number of positions."

"As I have said before, everyone at the club has been working hard to add depth and quality to our squad and in signing Liam I think again we have made good progress. We all look forward to welcoming Liam to Celtic and to start working with him."