Ireland Under-21 goalkeeper Caoimhin Kelleher has been edging ever closer to making his first com...

Ireland Under-21 goalkeeper Caoimhin Kelleher has been edging ever closer to making his first competitive appearance for Liverpool.

And it may potentially come in the League Cup on Wednesday at MK Dons.

Liverpool No 2 Adrian has been deputising in goal since Alisson got injured in the opening game of the season.

With the latter due back soon and the opportunity to give Adrian a rest, Kelleher may see game-time, having experienced the vantage point of the Liverpool bench recently.

He's been speaking to Off The Ball's Nathan Murphy ahead of a possibly monumental week in his career.

"I try train and normal and just try and get ready," he said.

"Even if I'm called upon, that I'm ready. So yeah, I'm always training and I'm ready for the opportunity if it comes." 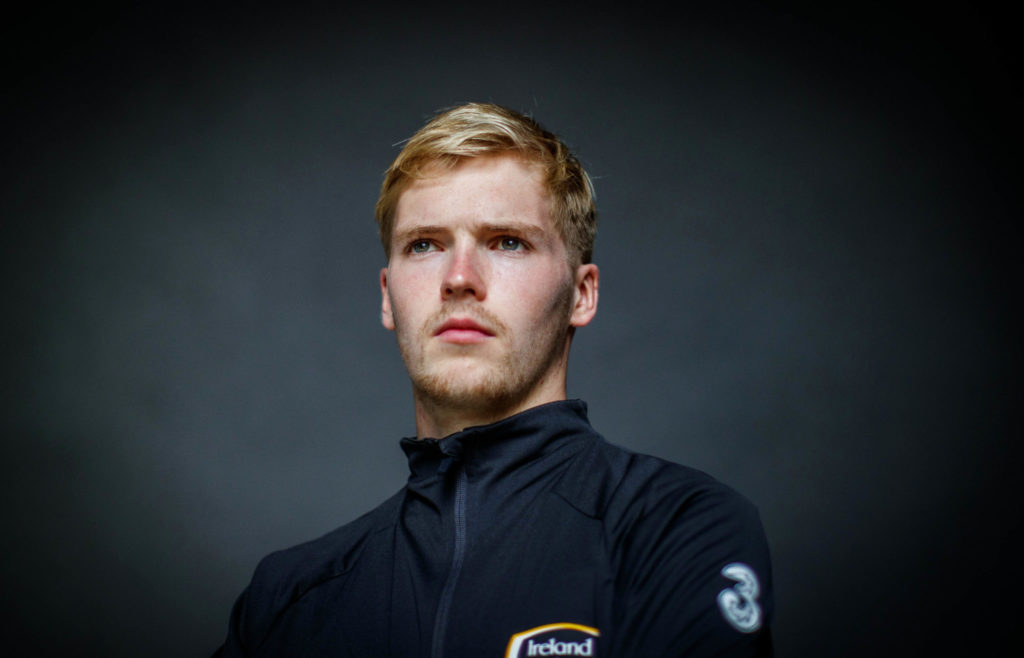 The 20-year-old has one eye on potentially making that senior debut on Wednesday.

"Obviously it's not been confirmed yet but hopefully I get a chance to play," he said of the prospect.

But one thing that he can confirm and be certain about is how taking to the pitch would feel.

"To play for a team like Liverpool is every young boy's dream. If I did, it'd be unreal."

The Cork native also touched on his involvement in a good start to Ireland's European Under-21 qualifiers, including a landmark 3-1 win in Sweden last time out.

"It was a big result. Sweden probably would be one of the biggest teams in the group. So it was massive, especially away from home as well," he said.

"We went to Toulon as well and played really well so we just need to keep going. The manager Stephen Kenny's got us playing in a good, positive way."

He also drew comparisons between the mentalities in Stephen Kenny's side and at Liverpool, regarding playing out from the back.

"I get training here every day playing from the back and when I get to Ireland I get to do it, it's beneficial to me," he said.

Kelleher to start against Qatar but Kenny rules out wholesale changes