'Kissing his teammate was an innocent mistake!' | The Bundesliga is back

The Bundesliga being back in action has not been without its hiccups - The Football Show caught up with German football commentator Rob Daly to give us the lowdown.

The stand-out performance of the weekend was from Borussia Dortmund in a local derby with Schalke 04 - beating them 4-0 at Signal Iduna Park - in front of no fans.

Daly was covering Fortune Dusseldorf v Paderborn on Saturday and was on hand to provide a first-hand account of a weekend that has been controversial in German football.

"Paderborn arrived in two team buses - the first team in one and the substitutes in the other. If you weren't in the squad, you had to stay in your hotel," he said of the unusual circumstances.

"You did see at the end of games, players shaking hands, just occasional moments where people forgot the scenario, but overall, people were very respectful of the situation."

It is a situation where, Daly believes, allowances need to be made for the 'new normal' - including Dedryck Boyata apparently kissing his Hertha Berlin team-mate.

"I think that was an innocent moment where he briefly forgot the scenario because for 90 minutes it is a contact sport - you are thumping into each other, pulling shirts at corners and so on." 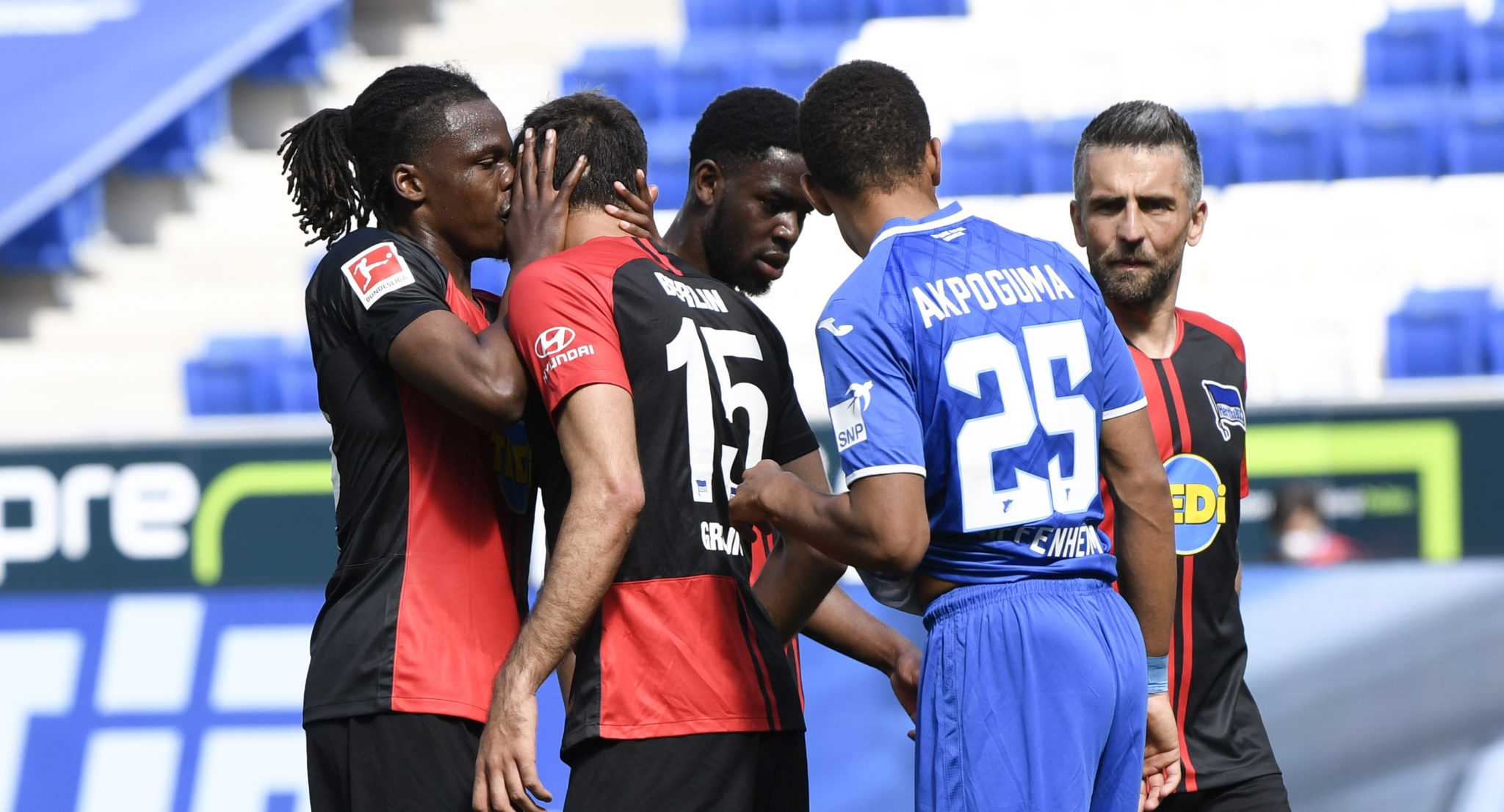 Social distancing has become 'second nature' to some teams that have been back training since April 6, as exemplified by Dortmund's celebrations.

"Haaland scored that opening goal, in his first Revere derby, and the players all celebrated a metre away from each other. It was drilled into them.

"I was reading an interview with Mainz manager Achim Beierlorzer saying 'it is unusual, but some of this stuff, after six weeks training, is second nature to us.'

"I think the players are getting relatively used to the new normal."

Thankfully, fans did not congregate as was expected - both ultra groups and regular fans opting to stay away, partially due to a lot of fans not happy with the Bundesliga return.

The question about the players' fitness was at least partially answered at the weekend."

"It was funny, especially in the game on Sunday, when players got to the hour mark, it was like they had hit 90 minutes. That is where they are at.

"By the 90th minute, it was like the end of extra-time, where the play was stretched and there are big gaps in midfield because people can barely move.

"I'm sure in the next two or three weeks, they will get their fitness back and look a lot sharper."