Amid speculation linking him with the vacant managerial role at Arsenal, Brendan Rodgers has put pen-to-paper on a new contract with Leicester City.

Rodgers, who left Celtic to replace Claude Puel as the new Leicester boss last February, has been rewarded for the Foxes' stellar form this campaign with a brand new three-and-a-half-year contract extension.

The deal will keep the Antrim native at the King Power Stadium until the summer of 2025.

Leicester have been terrific so far in the 2019/20 campaign and currently lie second in the table, eight points behind leaders Liverpool.

Rodgers' side have won 11 of their 15 Premier League games to date, with their latest victory coming in the 2-0 win at home to Watford on Wednesday night.

The 46-year-old Rodgers told LCFC.com: “When I made the decision to come to Leicester City, it was because I was excited about the direction the Club was taking and how I could apply my experience to the journey.

"I came here with a purpose to add something to that and to help the Club build for the future.

“The support I have had from the Chairman, Khun Top; from the Chief Executive, Susan Whelan; from the Director of Football, Jon Rudkin; and from everyone at the Club has been amazing.

"I’ve inherited an outstanding team of staff that are dedicated to progress and improvement and we have a group of players that are a joy to work with every day.

“And to the Club’s supporters, I can only say thank you for welcoming me and my staff into your Club and for putting your faith in our work. We’ll continue to work together to bring success to Leicester City for many years to come.” 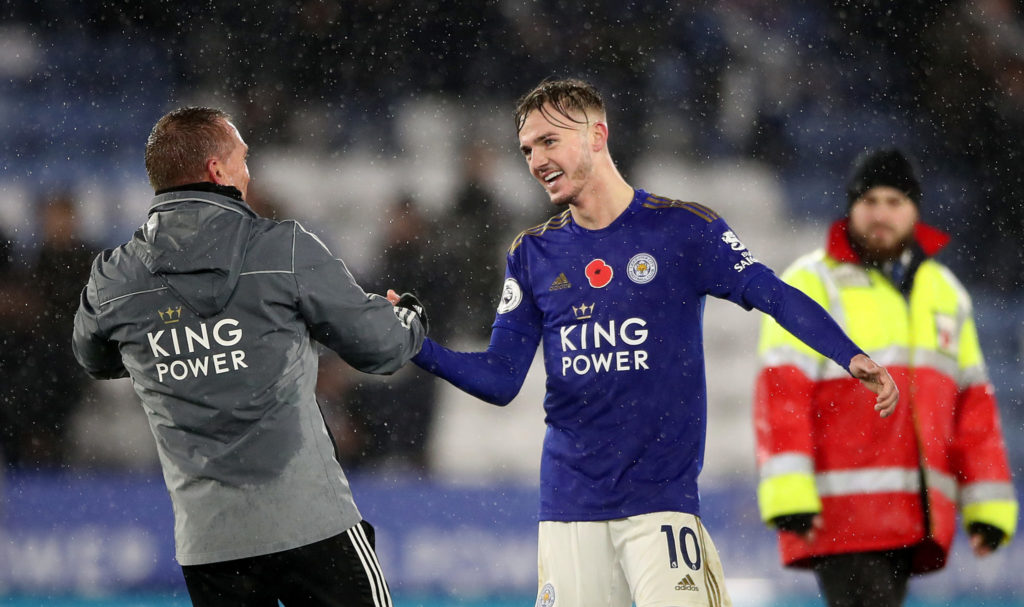 Leicester City chairman Aiyawatt Srivaddhanaprabha also expressed his satisfaction with the deal, saying: “Brendan’s qualities as a coach are well-known and evident in the way he has sought to unlock the potential in every member of our exciting young squad.

Srivaddhanaprabha added: "I’m excited to see how it can continue to enhance our long-term vision for the Club.”

Leicester's Premier League campaign continues on Sunday, as the Foxes travel to Villa Park to face Aston Villa in a 2pm kick-off.