Brave UCD earn a point against an impressive St Pat's side

Conor Davis was the hero for UCD as they earned a 1-1 draw at home to St Patrick's Athletic, in Belfield, tonight.

A 28th minute goal from Mikey Drennan had an impressive St Pat's side ahead at half-time, but UCD - who showed great composure on the ball throughout - did just enough to earn them their first point of the season.

A relentless drizzel before the game made way for a fast-paced, flowing game from the get-go with St Pat's spreading the ball around the pitch like a game of pass-the-parcel.

Brandon Miele in particular looked bright down the right flank, aptly helped by Chris Forrester playing with freedom in a number ten role.

When in possession, UCD don't play like a side who are preparing themselves for a hard slog at the bottom of the table.

Watching them pass the ball around the back often felt like standing at the edge of a cliff and waiting for a strong gust of wind to bring you over.

What they lack in pragmatism, they more than make up for in entertainment value, though.

Their ability to shift the ball quickly and accurately almost had them a goal up 20 minutes into the game when Daniel Tobin finished a lovely move with a perfect cross to the feet of Conor Davis, who forced a good save from Conor Kearns.

Mikey Drennan had two goals for Pats going into this game, one behind Dinny Corcoran for Bohemians, and he was soon joint top when he gave his side the lead after 28 minutes.

A throw-in down the left hand side, the cross from Rhys McCabe wasn't dealt with by the UCD defence and it fell to Drennen who blasted into the top corner from seven yards out. 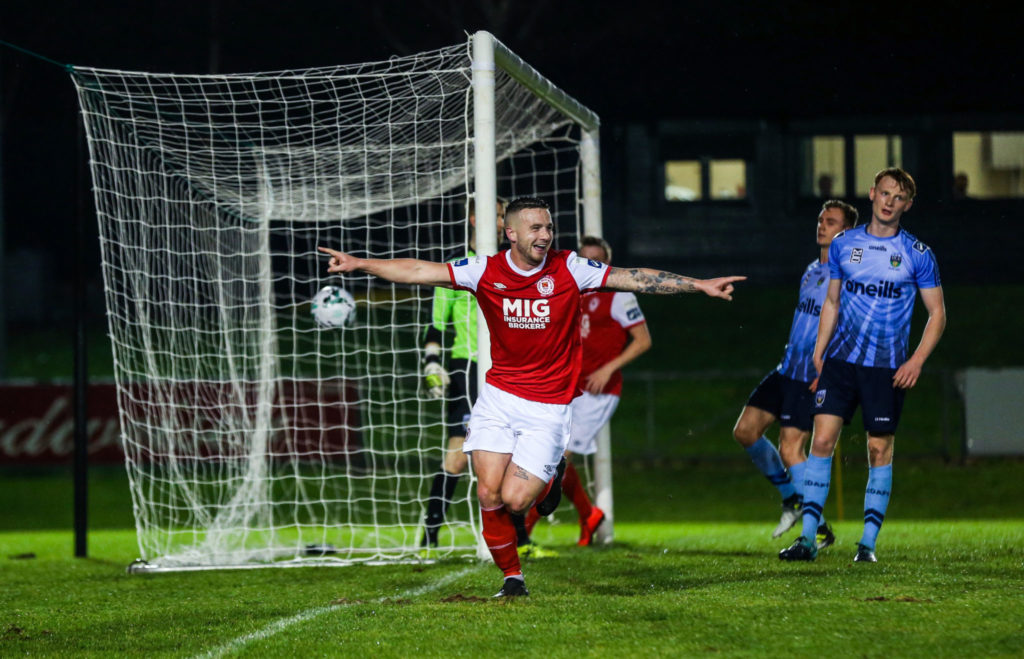 Despite being a goal down, UCD came out in the second half and continued to play the ball around without fear.

They were rewarded for sticking to their guns 57 minutes in, when Conor Davis found the net to bring them level.

Liam Schales with a lung-bursting run down the left hand side showed enough composure to get a nice ball into the box, which Davis latched onto, to finish from six-yards out.

UCD's insistence to play the ball out from the back was almost their downfall on several occasions, but the ball just wouldn't sit up for the St Pats' players.

In the end Harry Kenny will look at this as a game they should've won - but it's a massive point for Collie O'Neill as they now march on to Sligo Rovers next Saturday.