Braithwaite criticises UEFA | 'Many players were not in condition to play'

dubsoulrebel
Martin Braithwaite has criticised UEFA for their handling of the Denmark v Finland Euro 2020 match, after the collapse of Christian Eriksen.
The Danish playmaker had to be resuscitated on the pitch after suffering a cardiac arrest, four minutes before the half-time break, and he was eventually taken to hospital.
Advertisement
Players from both teams then left the pitch with the match suspended but at 19:30 they returned to play the last 50 minutes of the tie at the Parken Stadium in Copenhagen, a move that did not have the full backing of the players - as Braithwaite revealed on Monday.
"We had two choices from UEFA, to go out and play the match immediately or play the next day at noon," the Barcelona striker said during a press conference.
"None of those choices were good. We took the lesser of two evils to finish the match. Many of the players were not in a condition to play this match. We were in a different space." 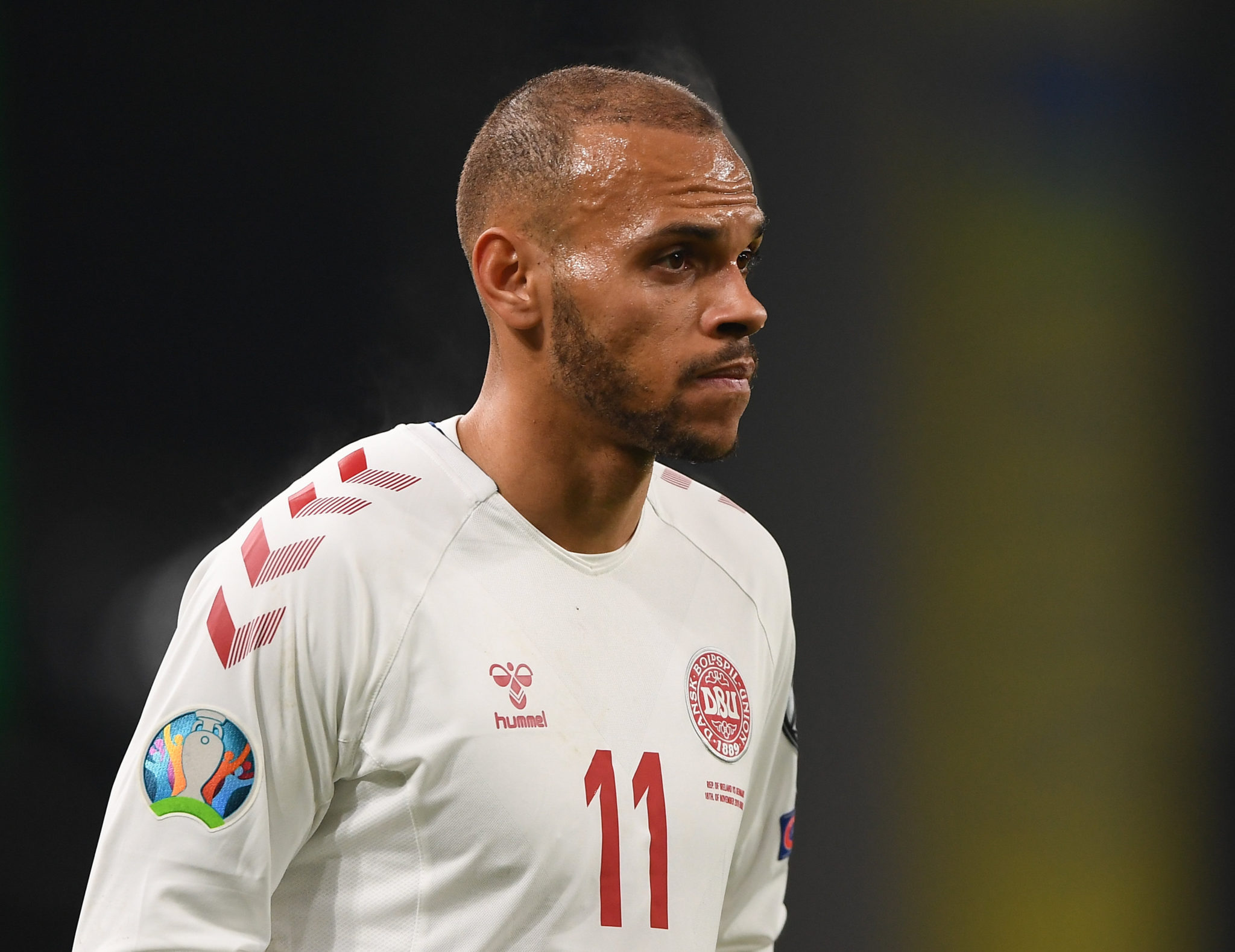 18 November 2019; Martin Braithwaite of Denmark during the UEFA EURO2020 Qualifier match between Republic of Ireland and Denmark at the Aviva Stadium in Dublin. Photo by Harry Murphy/Sportsfile
UEFA claimed in a statement on the night of the match, which the Finns won 1-0, that they only went ahead with the match that evening, "following the request made by players of both teams".
However, at his press confernce, Braithwaite insisted that was not the case.
"It was not our wish. Those were the only options we had. We had two options and in that situation were told we had to make a decision. That is all I can say on that," he added.
"Had we wished there was a third option because you don't want to go and play football in that way, but UEFA says we had two options -- play immediately or the following day at noon. Those were the options we had."
Kasper Schmeichel criticises UEFA for rushing the re-start of Saturday's Euro 2020 meeting of Denmark and Finland