Borussia Dortmund and Hertha Berlin joined forces to take a knee together ahead of their Bundesliga clash this evening. 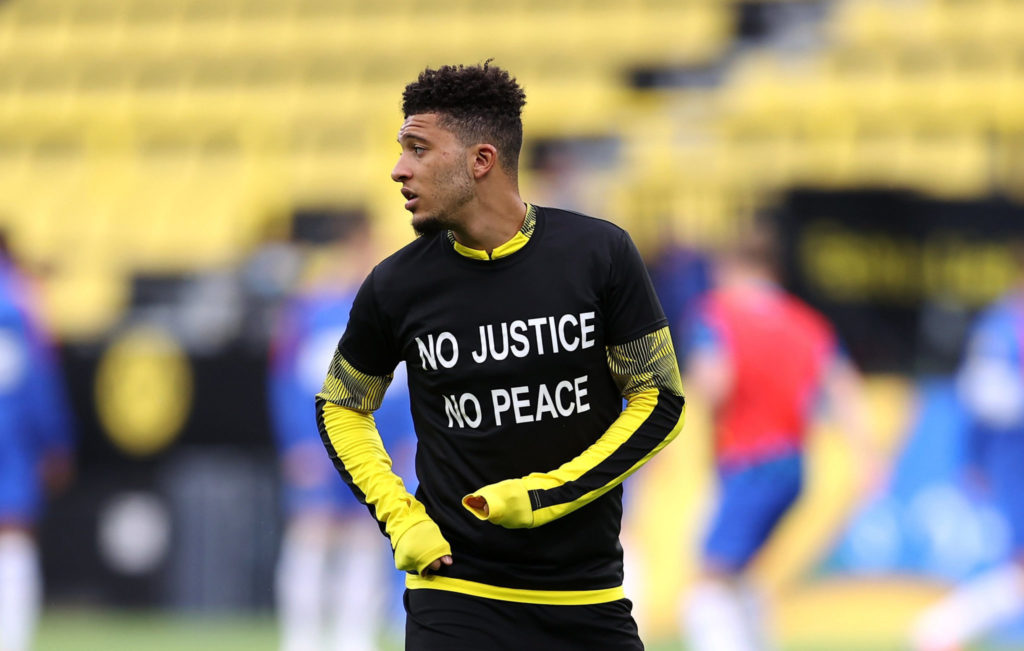 06 June 2020, North Rhine-Westphalia, Dortmund: Football: Bundesliga, Borussia Dortmund - Hertha BSC, 30th matchday at Signal Iduna Park. Jadon Sancho from Borussia Dortmund wears a T-shirt with the inscription "No Justice No Peace" when warming up. The death of George Floyd during a police operation in the US city of Minneapolis was the trigger for worldwide protest actions against racism and police violence. Photo: Lars Baron/Getty Images Europe/Pool/dpa 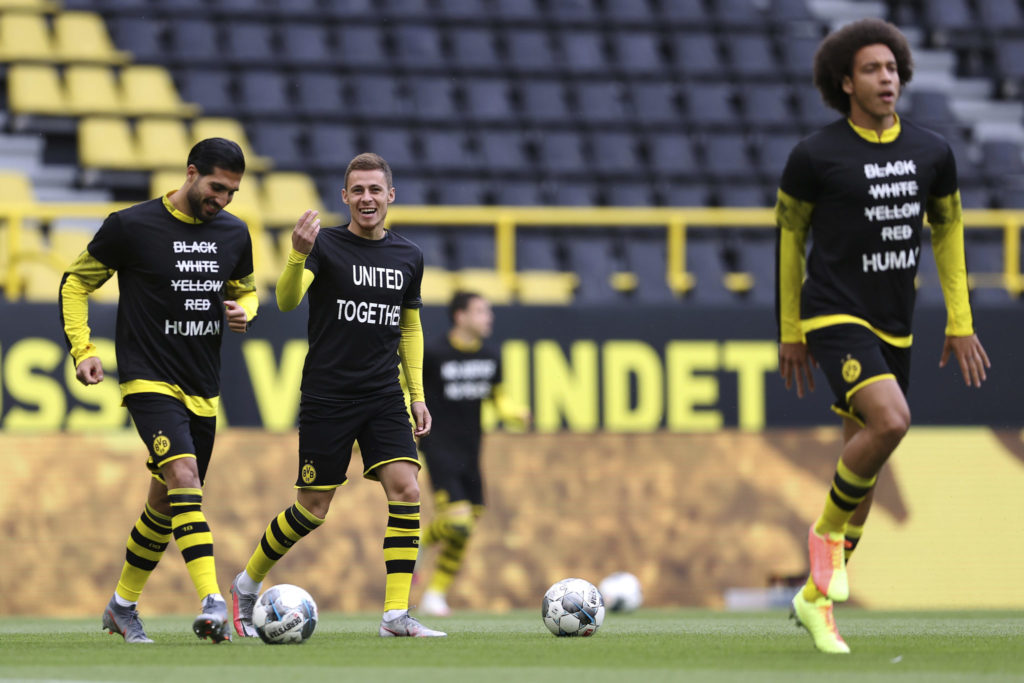 Elsewhere, the league leaders Bayern Munich wore arms bands with 'Black Lives Matter,' printed on them. They eased to a 4-2 win on the road against Bayer Leverkusen. 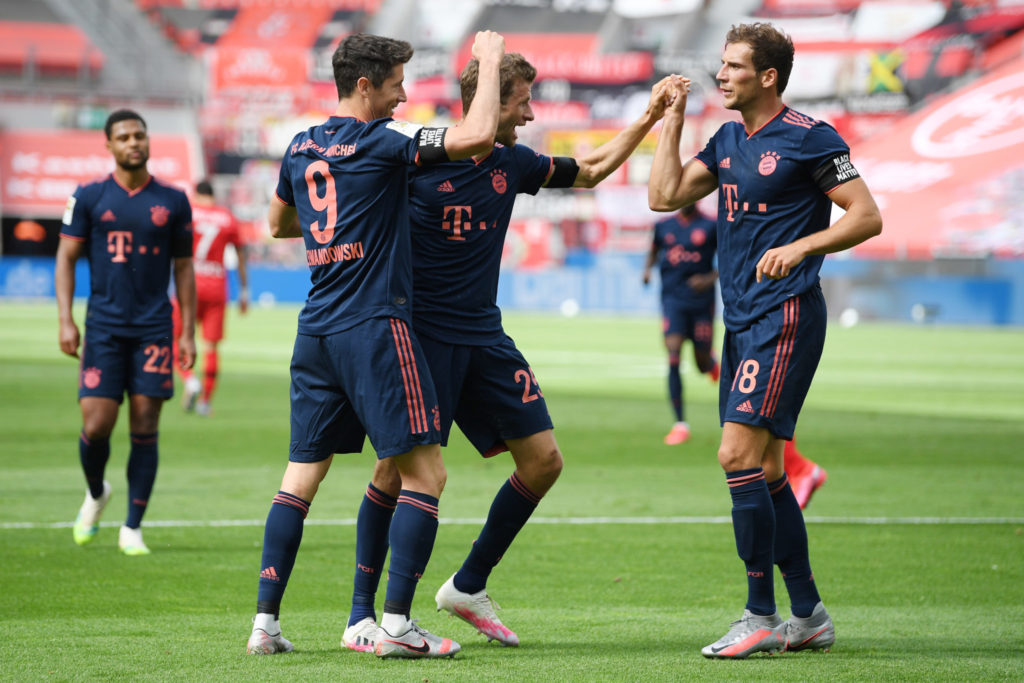 06 June 2020, North Rhine-Westphalia, Leverkusen: Football: Bundesliga, Bayer Leverkusen - FC Bayern Munich, 30th matchday in the BayArena. Robert Lewandowski (2nd from left) of Munich cheers on his goal for the 1:4 with Thomas Mueller (2nd from right) and Leon Goretzka (right). Photo: Matthias Hangst/Getty Images Europe/Pool/dpa - IMPORTANT NOTE: In accordance with the regulations of the DFL Deutsche Fußball Liga and the DFB Deutscher Fußball-Bund, it is prohibited to exploit or have exploited in the stadium and/or from the game taken photographs in the form of sequence images and/or video-like photo series.

Pierre Kunde Malong also sent a message of solidarity to protesters in the US, by taking a knee after he netted for Mainz against Frankfurt.

Their 2-0 win kept them out of the relegation playoff spot and boosted their survival hopes. 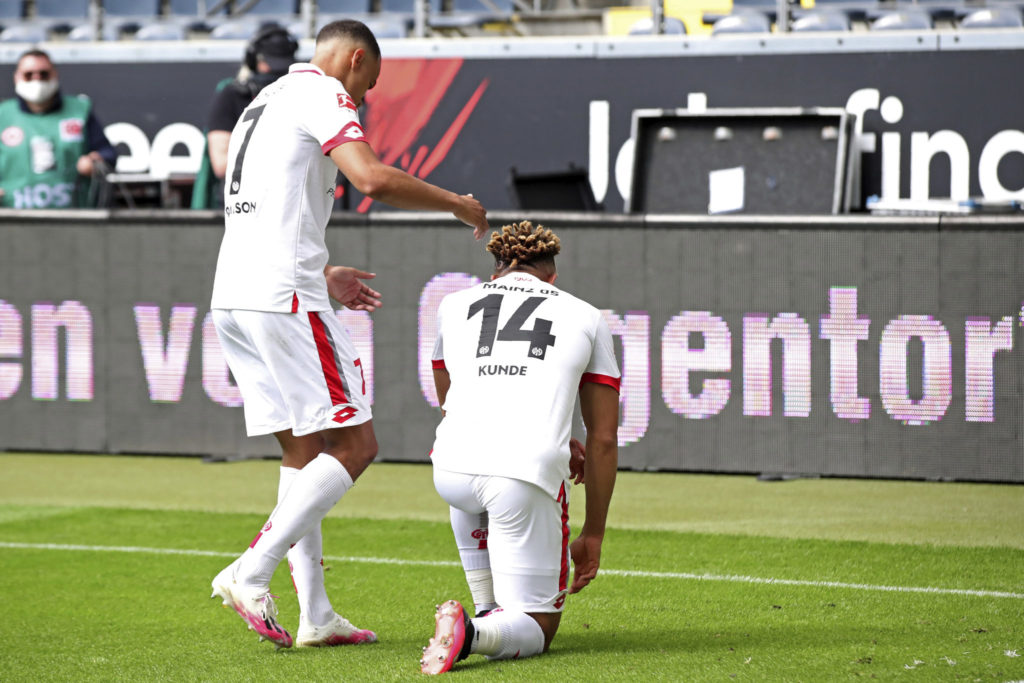 The Bundesliga has decided not to take action against players who express support to the backlash against police brutality following the death of George Floyd. 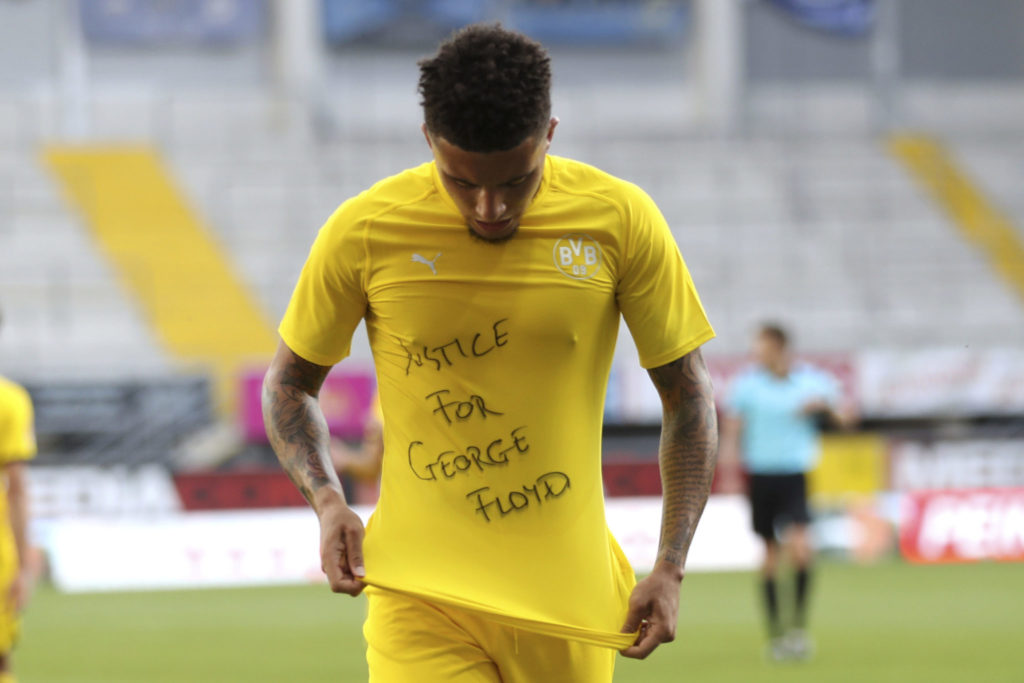 File photo dated 31-05-2020 of Jadon Sancho of Borussia Dortmund celebrates scoring his teams second goal of the game with a 'Justice for George Floyd' shirt.

These actions could be interpreted as political statements that would fall foul of FIFA's rules.

Football's governing body has called on associations to take a 'common sense' approach when implementing these regulations.

The entire squad knelt in Anfield's centre circle ahead of today's training session in a powerful show of support for the #BlackLivesMatter movement.

The English FA will not look to discipline any player that takes a public stand against racism once the Premier League returns on June 17th.

A number of teams have already taken to social media to offer support to the movement.

Crossmaglen's Aaron Cunningham is on the ground in New York and been joining some of the protests in the city, he joined Friday's OTB AM.

He also reflected on his own experience of racial abuse in the GAA - and told us why he was disappointed by how the organisation treated the incident.