The 24-year-old striker was very impressive in June, bagging four in one night as the Gypsies put Drogheda United to the sword - bettering his hat-trick against Dundalk in May - as well as netting the winner against rivals Shamrock Rovers.

"It’s nice to win the award. We have performed well as a club this month so to get that little bit of recognition is great," said Kelly who, like the whole squad, shipped criticism from some supporters as Bohs got their season off to a slow start.

"I think it has taken us time to gel. At the start of the season, we struggled and results weren’t going our way. I was confident that once we did gel we’d become more fluid and create more chances. In the last number of weeks, we’ve done that and the goals back that up." 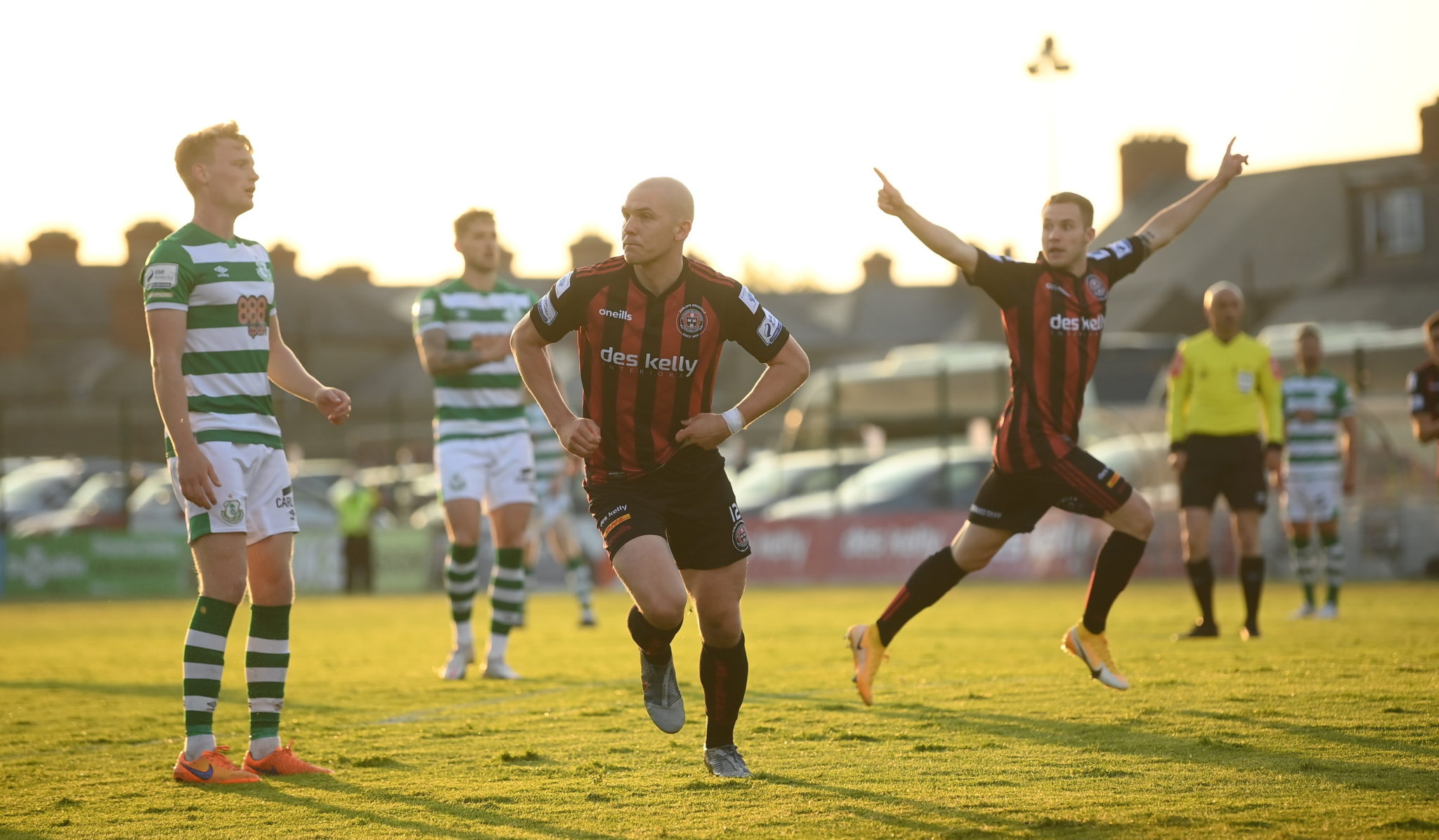 21 June 2021; Georgie Kelly of Bohemians celebrates after scoring the winning goal during the SSE Airtricity League Premier Division match between Bohemians and Shamrock Rovers at Dalymount Park in Dublin. Photo by Stephen McCarthy/Sportsfile

Kelly's goals have played a huge part in his team's resurgence in recent weeks, in a run of form that's seen them drop just 10 points from a possible 33 in their last 11 matches.

"Trevor is brilliant. Technically, he is as good as I’ve seen. When it comes to the fine details, Trevor gets it bang on," said Kelly.

"It’s also about installing confidence in the players, which is a very subjective thing but both Keith and him do it really well."

Will Patching of Derry City was runner-up in the voting, while Kelly’s team-mate Ross Tierney came in third.