'The work that the club is doing in the community, we're about more than the result on the pitch' | Keith Long

Since the start of the season, League of Ireland Premier Division side Bohemians have experienced a surge in attendances at Dalymount Park.

Games are now regularly sell-outs and the club has benefitted from it as is evidenced by their on-field performance.

Friday night's defeat to champions Dundalk saw more than 3,500 people come through the turnstiles and voice their support for one Dublin's oldest clubs.

Speaking on Off The Ball's Saturday Panel, Bohs boss Keith Long says the results and team's performances only go some way to explaining why people have flocked to the Phibsborough team this year.

"I think it's a combination of things really," he said. "I think there's lots of good work being done in the community in the background by the volunteers of the club, the board.

"We engage with our local community. It's more than just the result on the pitch on a Friday night at Dalymount Park.

"Lots of people come here for various different reasons, not just the football on the pitch. I think, to be fair, the supporters are proud of their club. 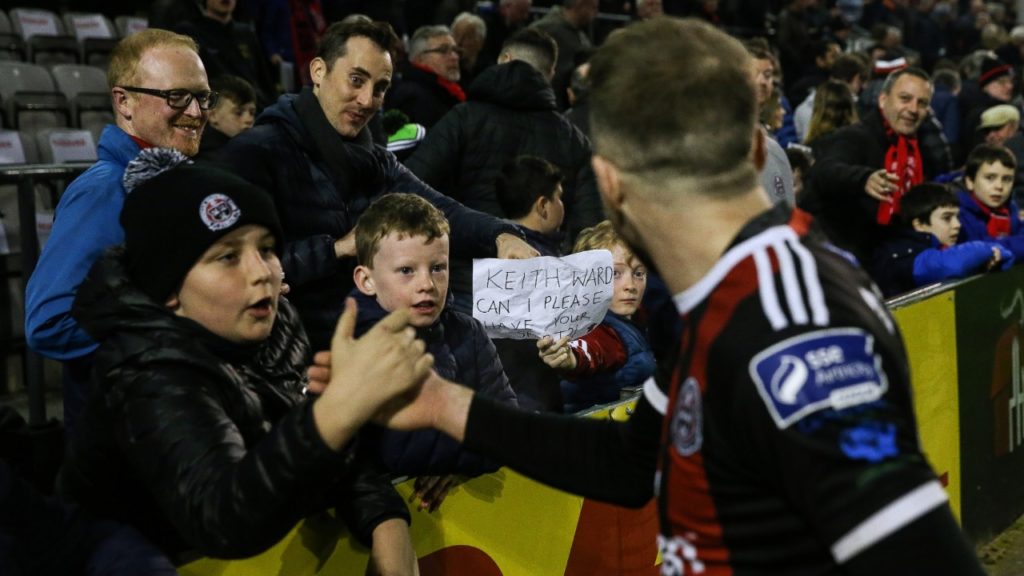 Bohs' midfielder Keith Ward thanks fans after a game.

"It's a big Dublin club. It's a big club in Irish football with lots of tradition. They're proud to come and watch their team play.

"They obviously can identify with the team. They can relate to the team in terms of the honesty and the endeavour we show on the pitch.

"All those things combine to create a feel-good factor around the club. We certainly feel like we're going in the right direction."

He added: "Gates are up. There are a lot of people disappointed on a Friday night [that they're turned away] - which is great, to a certain extent."

Bohemians now face into a Dublin Derby when they take on St Patrick's Athletic next Friday night, before taking on Dundalk once again at Oriel Park.

Phil Healy qualifies for the semi finals at European Indoors