Barcelona are in dire need of a victory to remain alive in the UEFA Champions League, making their match against Dynamo Kyiv a must-watch.

Barcelona are in dire need of a victory to remain alive in the UEFA Champions League, making their match against Dynamo Kyiv a must-watch, according to football journalist Graham Hunter.

Barcelona have been in the headlines for all of the wrong reasons this season, both on and off the pitch. The Spanish giants currently sit in seventh on the La Liga table, while the club's finances are reportedly the worst they have ever been.

These struggles combined with their inability to score a goal in the Champions League this season has made their match against Kiev a must-win for the club. 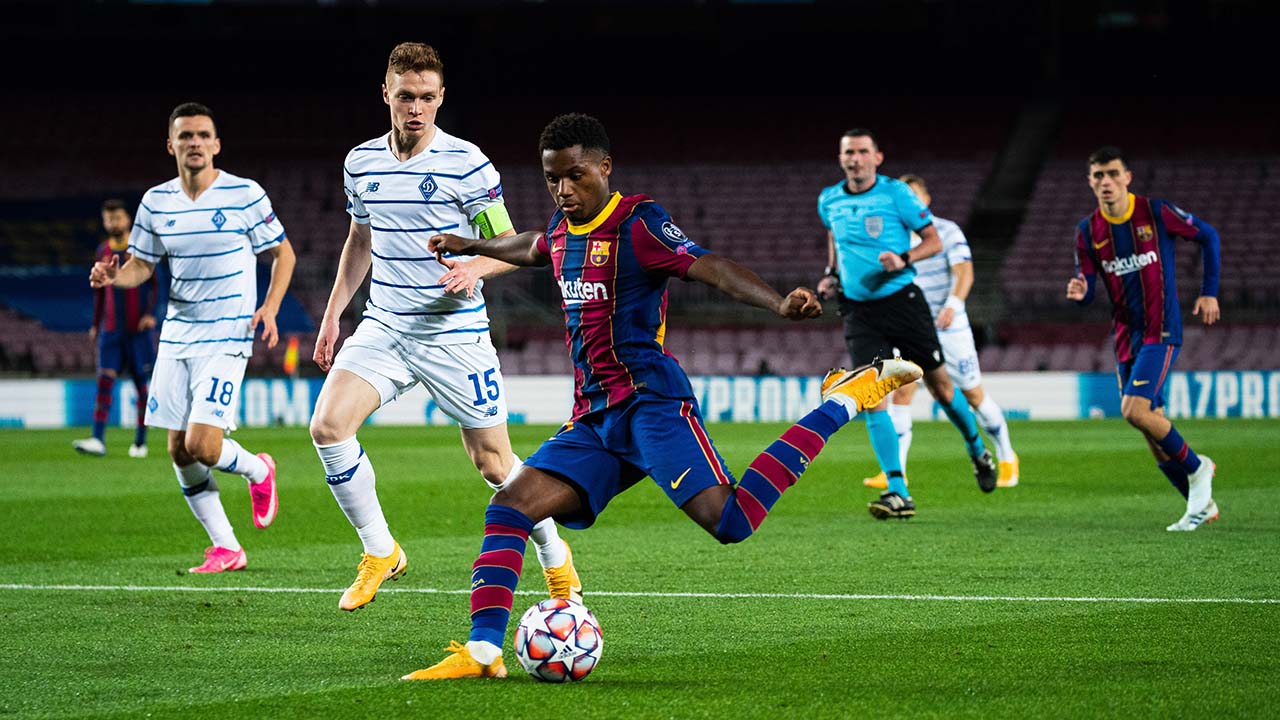 Hunter believes that this match is more important than the slim chances of just keeping alive in Champions League. Speaking on OTB AM on Tuesday, Hunter explained the importance of Wednesday's match.

"It is a monster game," Hunter said. "An absolutely monumental match against Dynamo Kyiv on Wednesday!"

Current Barcelona manager Ronald Koeman has been under fire for some time due to the underperforming squad, as well as the loss of Lionel Messi.

However, a 3-1 victory over Valencia in La Liga on Sunday did aid him in staying the Camp Nou, for now.

"At the weekend, they played adequately against Valencia. There was a hero in a cape in Ansu Fati, the veteran 18-year-old. After a year he came back and rescues the game."

However, Hunter believes that the support of Barcelona president Joan Laporta and the 3-1 win over Valencia at the weekend might not be enough for Koeman should he lose to Kiev.

"This match against Dynamo Kyiv, given the situation, is potentially, barring Champions League finals, their most important game while I have been alive; since the War," Hunter said.

"[Barcelona cannot afford to] go out of this Champions League and kiss goodbye to an extra €70-80 Million of revenue.

"The situation is so dramatic and so chronic. If they go out by losing at home to Dynamo Kyiv, it might constitute the worst defeat in their history.

"Statistically there are bigger ones, there might have been greater shocks against minnows, but they have not been out of the Champions League in the group stage in 21 years.

"They have zero points, a 6-0 deficit on goals, clearly they are losing the head-to-head on both of the other rivals, and they have a trip to Munich on match day six.

"Bayern Munich came out of the Camp Nou with [Julian] Nagelsmann saying, 'I am really ticked off that we didn't score more goals'.

"You will see Bayern play the kids on match day six; they will be there to spank Barca again!"

Barcelona will host Kyiv on Wednesday at the Camp Nou, with kickoff at 5:45pm, Irish time.