Under-pressure Arsenal manager Mikel Arteta was not happy with a some of the decisions made by th...

Under-pressure Arsenal manager Mikel Arteta was not happy with a some of the decisions made by the referees and his players after his side lost 5-0 to Manchester City on Saturday.

Arsenal slumped to the bottom of the log ahead of the midday kick-offs after their big loss to Pep Guardiola's side in Manchester.

There were a few controversial moments in the match, however, with Arsenal going down to 10 men after a poor challenge from their captain Granit Xhaka, while Arteta felt that in the build-up to City's second goal that Calum Chambers was punched in the face.

"I'm sorry we can't get the results right now, we have to fix it."

Mikel Arteta praised the supporters and vowed to turn things around after a 5-0 away defeat to Man City.

Speaking to BT Sport after the match, Arteta revealed his disappointment after falling to the bottom of the Premier League table.

"It is really painful," Arteta said. "A lot of things happened in the game to get to where we got. I think we started the game really well, and the first time they have the ball wide into our box, we didn't defend the cross.

"After that, we tried to go again. I think we created some situations," Arteta added. "We conceded a second one. For me it is a clear punch on Calum [Chambers'] face. The referee allows it to go and we are 2-0 down. The red card, obviously, makes it a mountain to climb." 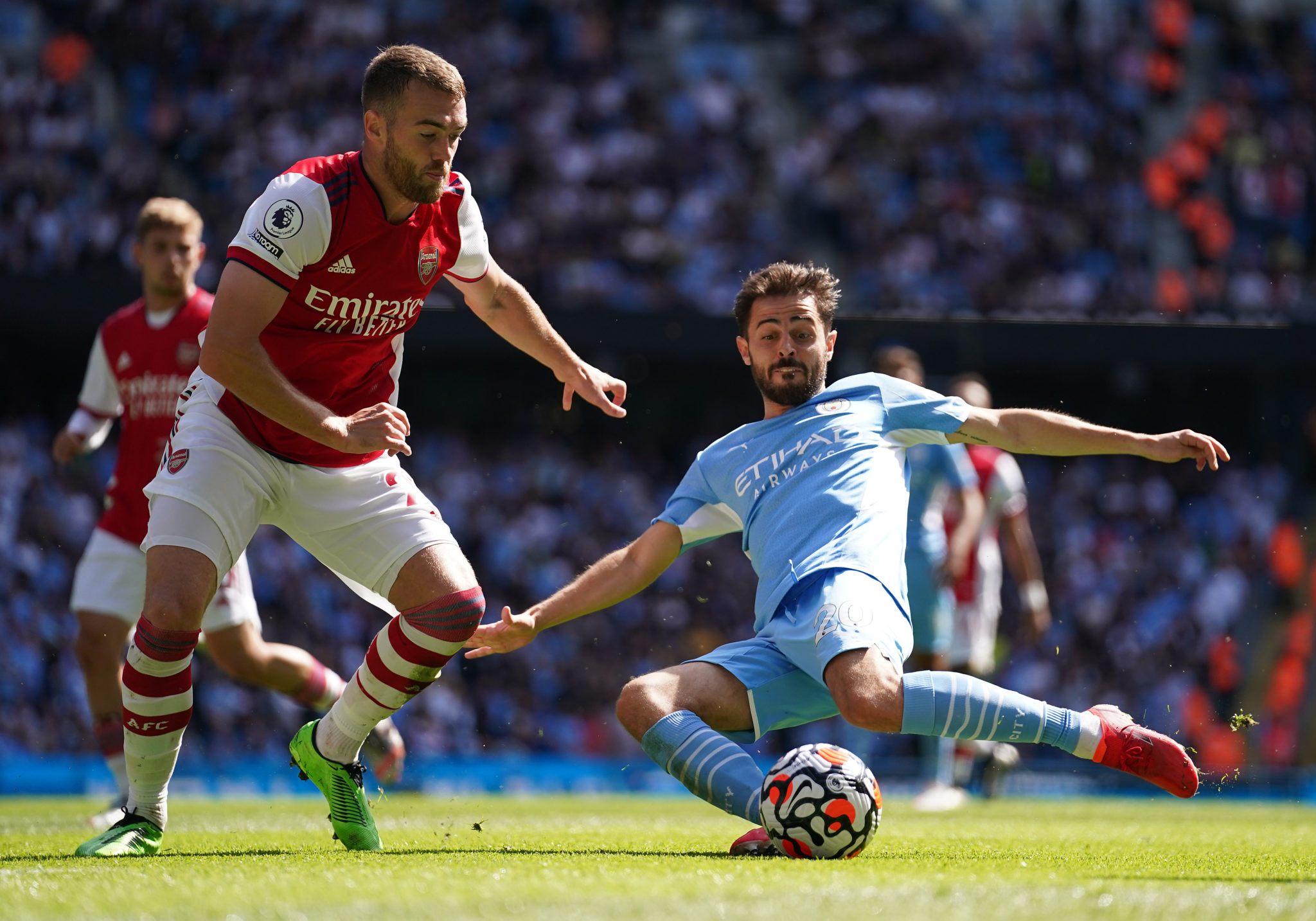 Speaking on the red card, Arteta accepted that it was justified, but called into question the consistency when the Chambers' challenge went unsanctioned.

"I am angry because of the consequences it had to the team," Arteta said. "I must say that the line we have been judged with is really thin.

"We have so far seen actions like that already in the two Premier League games and nothing happens. I am disappointed with the second goal, the way they allowed that goal."

After their worst opening few weeks in the Premier League for a long time, Arteta praised the loyalty of the Arsenal fans, and apologised for not being able to deliver the results.

"We have I think 3,000 fans today and the way they reacted to the team and the club with the support that they have given, it was unconditional," Arteta said.

"That is why everybody wanted to say thank you, and I am really proud of that. I am sorry that we cannot give the result right now. We have to fix it."