Brighton expect match with Arsenal to go ahead this weekend

Brighton & Hove Albion are confident that their Premier League clash with Arsenal will go ahead as planned this weekend.

After it emerged that Evangelos Marinakis, the owner of Olympiakos who has been diagnosed with COVID-19, was in attendance at Arsenal's recent Europa League tie with the London club, a selection of Arsenal players were placed in self-isolation as a precaution.

Subsequently, their Premier League game with Manchester City scheduled for tonight was postponed.

It has nevertheless been claimed this morning, however, that Brighton & Hove Albion expect this to cause no great issue.

"The risk is considered extremely low and Saturday’s match remains scheduled to go ahead with the self-isolation period for those players ending tomorrow," a statement on Brighton's website read. "We continue to follow government and medical advice with regard to the coronavirus." 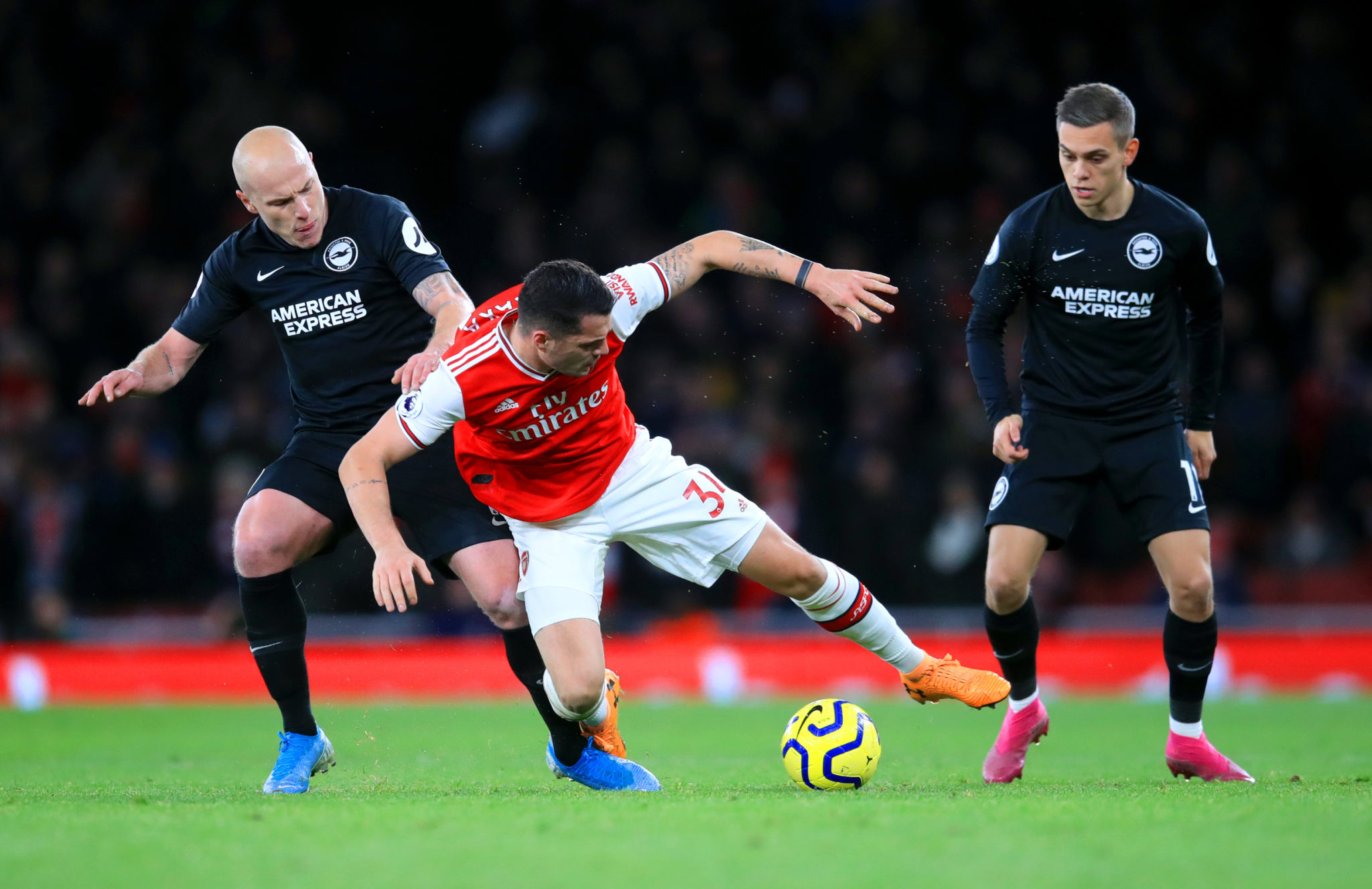 Arsenal's Granit Xhaka (centre) battles for the ball with Brighton and Hove Albion's Aaron Mooy (left) and Leandro Trossard during the Premier League match at the Emirates Stadium, London.

Although the prospect regarding what sporting events will continue as planned remains unclear, Brighton & Hove Albion are confident for the time being that Saturday's game will go ahead.

As COVID-19 and its impact on sport in Ireland and the UK continue to intensify, you can keep up to date with everything that has been going on here.