Andy Goram and his bizarre spell with Manchester United

Some transfers in football both capture the imagination and defy logic. Andy Goram to Manchester ...

Andy Goram and his bizarre spell with Manchester United

Some transfers in football both capture the imagination and defy logic. Andy Goram to Manchester United, anyone?

Courtesy of Middlesbrough's unlikely victory away at Arsenal over the same weekend, the Red Devils have secured their third successive Premier League crown.

The manager approaches his new goalkeeper.

"Gaffer, that was f*cking brilliant".

"Good. It's a good job we signed you after we won the league!"

Alex Ferguson was famed for his man-management. He always knew just what to say, especially with fresh recruits. But this specific arrangement had a particularly casual air about it from conception.

The informal approach above was probably the only method likely to work, anyway. After all, British football's most esteemed manager had accidentally been told to "f*ck off", in no uncertain terms, by the very player he was now conversing with in the tunnel when attempting to sign him a month previously.

Do you remember Andy Goram's time at Manchester United? 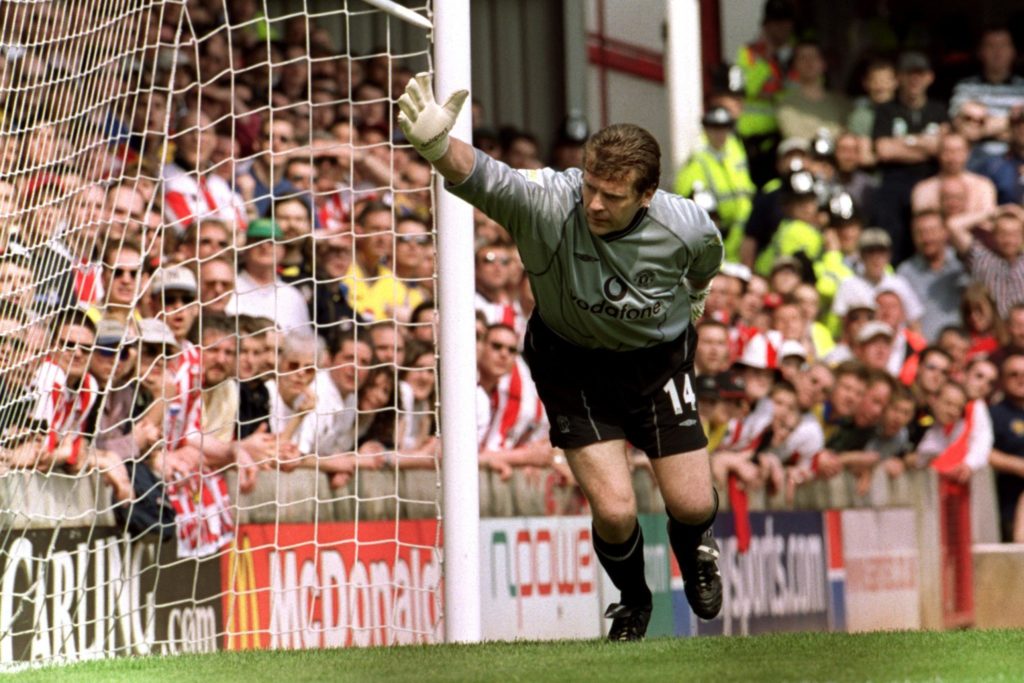 That would largely depend on your age and devotion to the club because blinking would have meant missing the veteran Scot in action at Old Trafford. Fifty per cent of his total appearances have already been mentioned in this article.

In March 2001, Ferguson had a problem at United. He had no fit goalkeepers and Mark Bosnich had departed on a free transfer to Chelsea two months prior.

World Cup winner Fabien Barthez, who had arrived the previous summer from Monaco, and his understudy, the loyal and long-serving Raimond van der Gouw, were both injured.

The pair would likely return to fitness shortly but in the interim, Ferguson urgently required adequate cover. Timing was the primary issue. There was a paucity of quality goalkeepers available at this stage of the season.

Martin Ferguson, Alex's brother and United's chief scout, had a brainwave for his elder sibling. How about Andy Goram?

The idea was dismissed... before swiftly being reconsidered by the United boss. 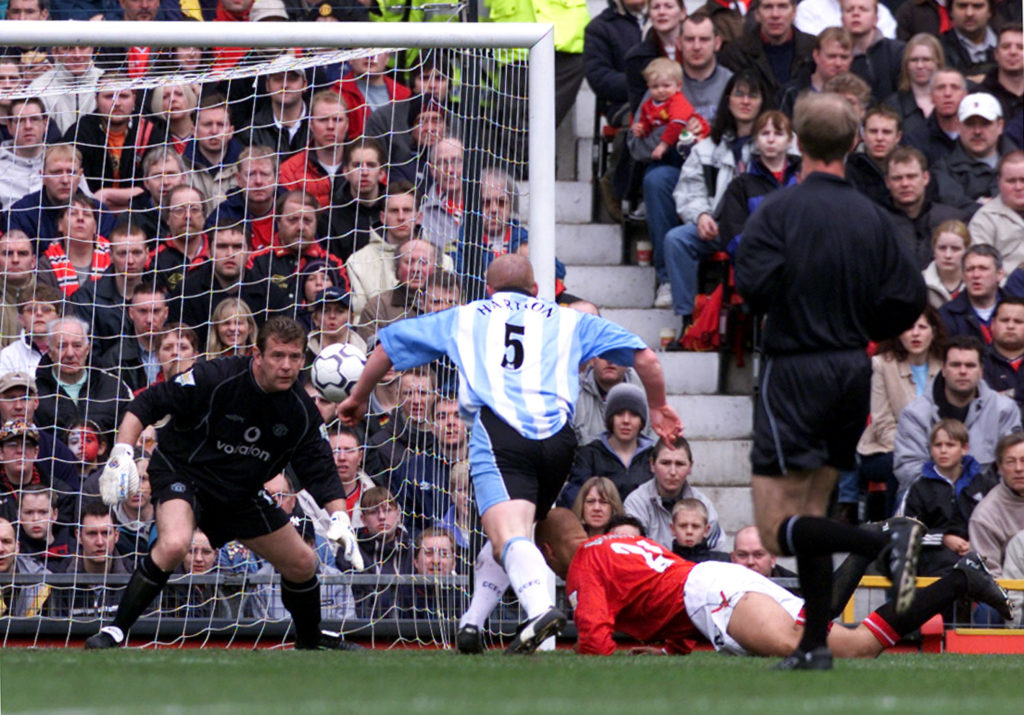 THIS PICTURE CAN ONLY BE USED WITHIN THE CONTEXT OF AN EDITORIAL FEATURE. NO WEBSITE/INTERNET USE UNLESS SITE IS REGISTERED WITH FOOTBALL ASSOCIATION PREMIER LEAGUE. Coventry City's John Hartson stabs the ball past Manchester United goalkeeper Andy Goram to score the first goal during the FA Carling Premiership game at Old Trafford, Manchester.

This was Andy Goram.

The Andy Goram who inspired Rangers to five Scottish league titles in a row (the club won nine consecutively coinciding with this period), three Scottish Cups and two Scottish League Cups during his time at Ibrox.

He was the bedrock behind the iconic Rangers team of the era containing Paul Gascoigne and Brian Laudrup which played in the Champions League.

This was Andy Goram, honourably nicknamed 'The Goalie'.

The extravert so talented at cricket that he represented his country in the sport while simultaneously playing professional football. The stopper selected for Scotland squads at four international tournaments, oft-remembered as the man beaten by that Gazza goal at Wembley.

What on earth was he doing shacking up at Old Trafford in the twilight of his career and at the height of United's domestic dominance?

It was a no-brainer, in truth. For £100,000 Ferguson took a formerly excellent goalkeeper from his current club Motherwell to Manchester on a loan deal until the end of the season to fill the plug.

All parties agreed to the deal. The player, though, figured it for a joke. 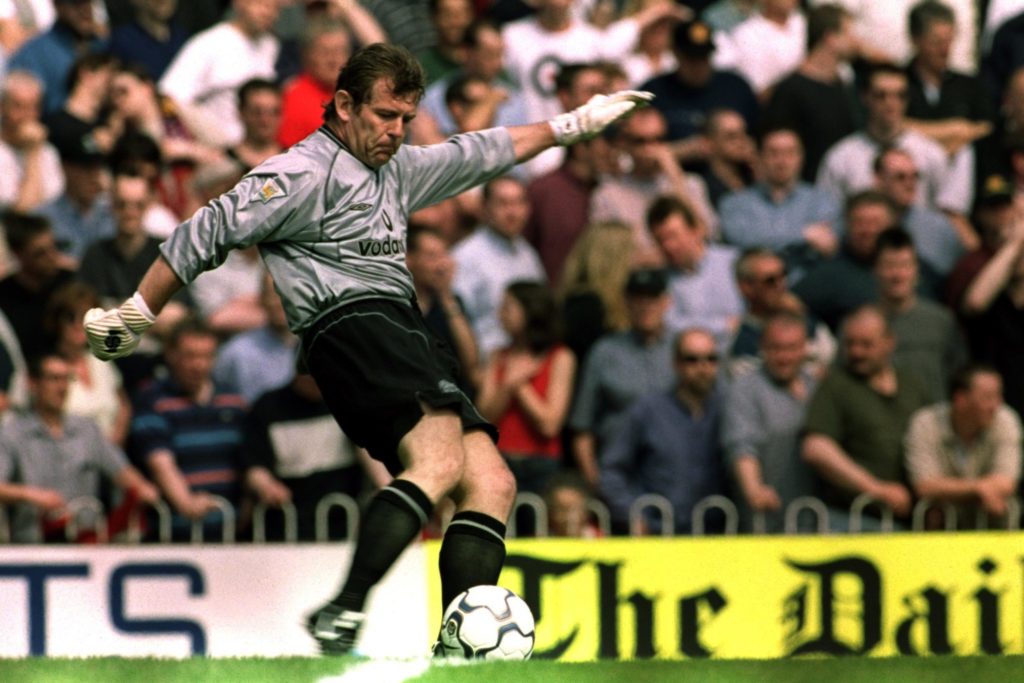 His former 'Gers boss Walter Smith, now managing Everton, rang Goram as he drove back from Motherwell training one day, urging his old player to keep his phone close.

Ally McCoist, ex-teammate and serial prankster, advised likewise that morning. The phone rang in the afternoon...

Ferguson: "Goalie, I want you to come down for three months on loan. Fabien Barthez is injured and Raimond van der Gouw is injured. We've got Bayern Munich [on] Wednesday and Liverpool [on] Sunday."

End of the phone call. Until two minutes later, when Ferguson called back with a rather more blunt message.

"You've got ten seconds to decide yay or naw, ya fat b*stard!"

It is hard to imagine the most successful manager of his generation speaking to a prospective signing like that these days. Needless to say, the approach worked.

Goram, it turned out, was not required for the heavyweight clashes with Bayern or Liverpool but did eventually make his debut a month later in mid-April against Coventry, the day after his 37th birthday.

It was a proud day -  Goram's son was a huge United fan - but a tough match for the veteran.

He conceded twice and was hauled off after 66 minutes, giving way to van der Gouw in what was an apparently planned move so that the Dutchman could qualify for a Premier League winners medal come the end of the campaign.

Coventry, who would be relegated that season and have yet to return to the top flight, took the game to the champions and exploited their opposition's newest capture.

John Hartson put the visitors ahead in the tenth minute, following up Goram's initial save to fire home.

On the hour mark, with the game finely poised at 2-2 after Hartson had doubled his tally before half-time, Goram picked up Jaap Stam's backpass. Minutes later, he was substituted.

It was eventful. As was the goalkeeper's first encounter with his new captain. 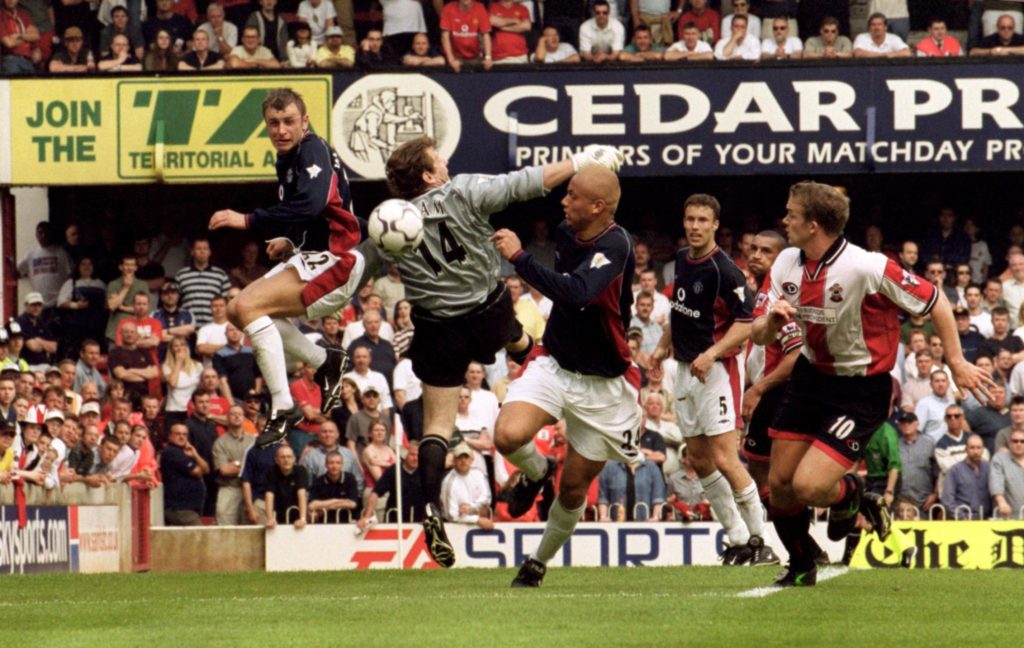 United's assistant boss Steve McClaren took Goram around the dressing room to introduce the Scot to his new colleagues. Goram knew most of them and had even played cricket with the Neville brothers' father.

Then he was acquainted with Roy Keane.

Goram extended his arm for the obligatory handshake but the Corkonian chose not to reciprocate. "There's no point, is there?", Goram said. Keane replied, "No."

The pair were forever parted by their respective Celtic and Rangers allegiances. They never shook hands. They, quite simply, had nothing in common except agreeing to disagree during training sessions when Goram refused to accept the midfielder's verbal lashings.

Afterwards, Gary Neville had a word. "Goalie", the right-back said, "we don’t talk to Roy like that down here. We just don’t." The relationship was stubbornly non-existent.

As entertaining as the whole arrangement was, it was over as soon as it started.

Goram's only other match for United came almost exactly a month later, on May 13th against Southampton in what was the penultimate game played at The Dell. That sentimental fact was just about the highlight of the wholly forgettable encounter.

United had wrapped the league up weeks earlier and the experimental XI that lined up against the Saints lost 2-1 courtesy of a Wes Brown own goal and a neat Marian Pahars finish.

Once again, 'The Goalie' was replaced by van der Gouw midway through the second half, with The Guardian observing in their match report that Goram's last touch in a United shirt was his short pass to Luke Chadwick in the 57th minute.

And so, one of the more bizarre Premier League transfers came to its natural conclusion. But not before Ferguson arranged for Goram to receive a league medal for his brief service, making him the only goalkeeper to win the Scottish and English Premier League, as the man himself told the Anything Goes with James English podcast.

Goram moved onto Hamilton Academical that summer before concluding his career with short spells at Coventry (funnily enough), Oldham Athletic, Queen of the South and, finally, Elgin City.

But it will be at the Theatre of Dreams where the last great memory of Andy Goram's career will be found. A transfer so left-field that it's hard to envision occurring in these times.