Former Manchester United kit manager Albert Morgan says he continues to have a 'wonderful relationship' with Alex Ferguson, who he describes as "a very loyal friend".

Morgan worked alongside the legendary Scottish manager for twenty years at Old Trafford and says Ferguson has provided incredible support since the passing of his wife Debbie last year.

"He's always been good to me but since my wife passed away he's been fantastic with me," he told Nathan Murphy at OTB Sports' latest Cadbury Roadshow.

The pair established a strong bond during the most successful period of Manchester United's history with Morgan following his friend into retirement in the summer of 2013.

He rates Fergie as the greatest psychologist around and revealed that the two-time European Cup-winning boss was always keen to play pranks on his staff.

Red light on day one

Morgan took over from his friend Norman Davies as Manchester United's kit-man upon Davies' 65th birthday. The Mancunian would get a taste of Alex Ferguson's sense of humour on his very first day on the job.

"So we loaded up the minibus up and off we went to the Cliff. We're going up the Dock Road in through Salford and the traffic lights changed to red just as I’d gone over.

"Norman followed me and overtook me then and on he went to The Cliff and he was at The Cliff before me, and he goes in the manager’s office and I pull up and The Cliff and I’m unloading the van and getting all the kit out and one thing and another.

"One of the lads comes down and says, ‘Albert, the manager wants you. He wants you right away in his office’. So I go into his office and he says, ‘you alright?’ and I said, ‘yes boss’. He said, ‘I’ve just had the police onto me about you, they’ve seen you going through a traffic light on the Salford Road in the minibus. They said you can’t be doing that and you’ve got to go to the police station with your license and you could be getting banned’.

"I went back over to Old Trafford, worried sick, to go and see Ken Merritt, who was the club secretary. In the meantime, the boss had called Ken Merritt, and told him it was a big wind-up and that was on my first day! That’s how it was all the time." 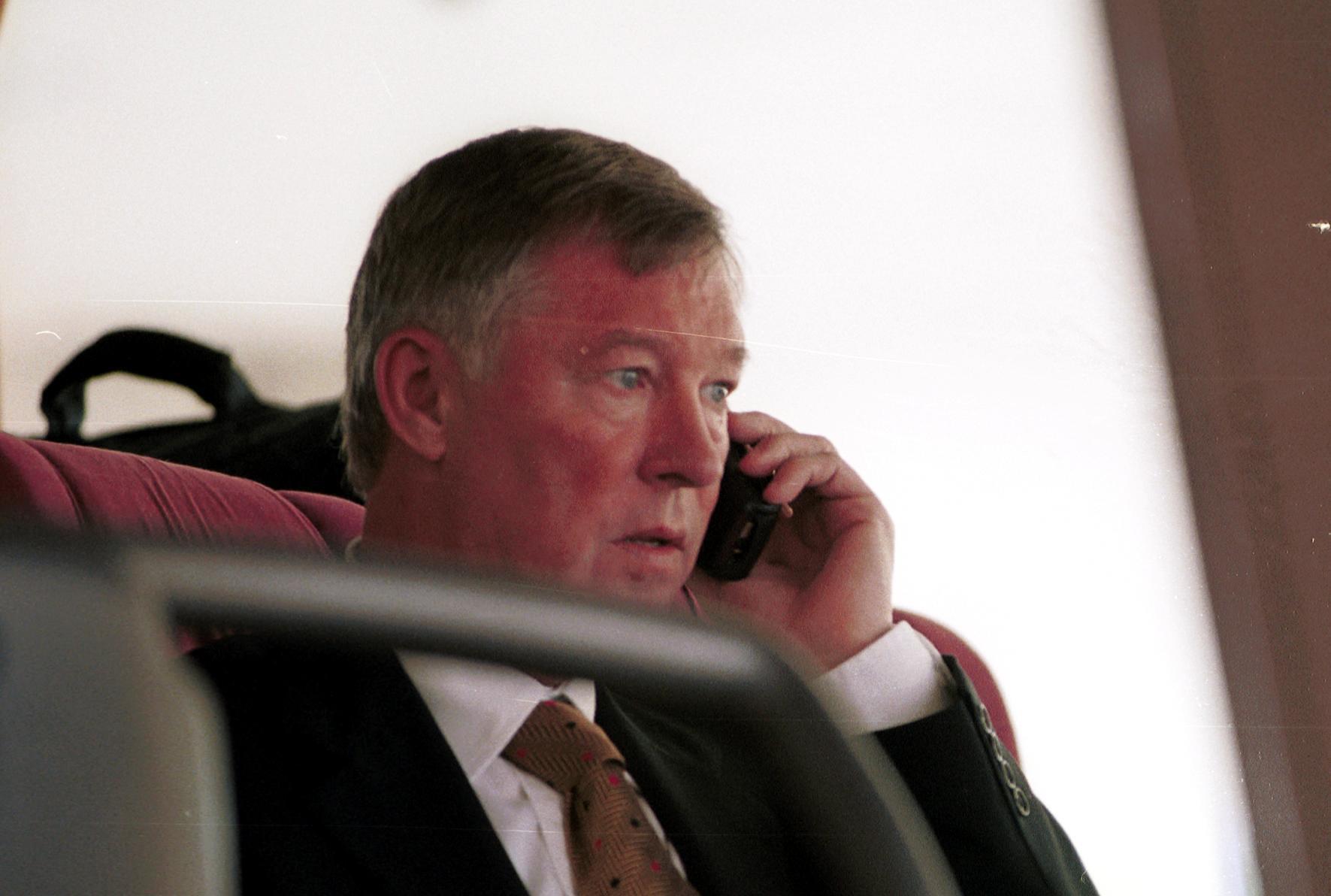 Albert was again the victim of Ferguson and the rest of the squad's ribbing when attempting to plan ahead for a trip to London ahead of a Premier League game.

"I was told from the start, ‘if you’re changing anything, tell him everything’. So when we were going to London by train, I started going on the bus with the driver ahead of the train with all the kit. We’d go in the morning, and the boys would train in the morning and get the train in the afternoon and I’d meet them at Euston Station when they got there.

"In the meantime, I’d go to Arsenal, Tottenham, or Chelsea, or whoever we were playing the next day in order to do my preparation before the game. So I said to him, ‘I’ll be going down on the coach’, and he said, ‘what are you telling me that for?’. I said, ‘I’m telling you that so you know where I am’. ‘Right, okay,’ he says, ‘do me a favour, take this bag down to London’.

"So I got hold of the bag and put it on the seat on the bus where he sits. Around 9 am, off we go, and then at a quarter-to-twelve, he rings me and says, ‘Albert, where’s that bag? Bring that bag up to my office'. I said, ‘boss we’re just going past Luton Airport, I told you this morning I was going to London on the bus’. He wanted some book or something, so he slammed the phone down.

"I couldn’t do anything, so we just carried on. When we got to the train station later I was getting the lads’ luggage to put it in the coach and they’re saying, ‘he’s after you, he’s going to kill you. Here he is boss, he’s here!’. I’m keeping out of his way, I went onto the coach through the back, he’s sitting up at the front, then the boys are like, ‘Albert, give us a cup of tea. Boss, do you want a cup of tea? Albert will get you a cup of tea.’

"Everybody was having a go! We get to the hotel, ‘have you got the boss’ bag Albert? The boss wants his bag. Where’s Albert?’. We went in, and he and I still hadn’t spoken, I went and had a bath and a bit of a kip. Then around 8 pm, we went to the bar to get something to eat and he was already at the bar when I got there.

"As soon as I got in they were like, ‘alright Albert, come up here and sit next to the boss.’ Everybody’s having a go but he still hasn’t spoken to me. When we’re walking down the corridor to the room, he put his hand on my shoulder and said ‘give us a kiss!’." 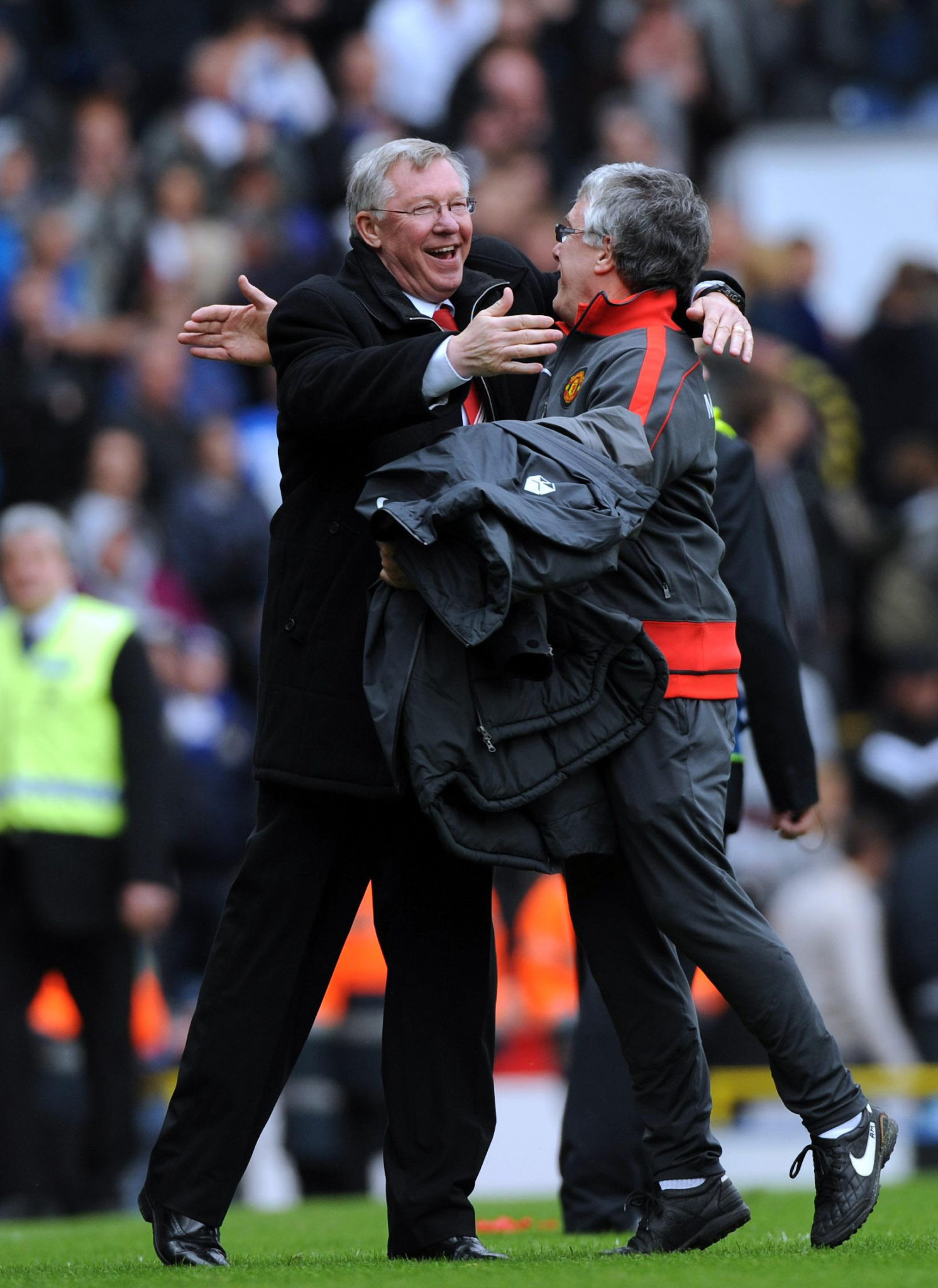 A chance for revenge presented itself when Ferguson had a trip to France planned on the eve of an international break and Albert was asked to take care of the manager's preferred travel bag.

“For all the bags we gave him, he had this one, old, brown bag which I christened the ‘decorator’s bag’.

"He said to me, ‘will you go into the boot of my car? My bag is in there, take my car home but get the bag and leave it in my office’. So I went and got this bag and I thought, ‘right, a chance to get your own back here’.

"I went into the maintenance department and I got some old brushes and rollers and a pair of overalls and stuffed them into the bag. I went into his office and left the bag there.

"We won the game and we’re sitting top of the league and off he went happy as Larry on his holidays. We went out as a staff with the wives that night, Steve McClaren had organised a night out. I told them all while we were having the meal what I’d done with the bag, they said ‘he’ll kill you!’

"I came home and I was in bed and the phone went off. My wife picked up the phone and I could hear him say, ‘is he there?’. I could hear his wife Cathy laughing in the background, I think he was in the south of France somewhere, and I said ‘yes, boss’ and he said, ‘you’re sacked!’, and then he just burst out laughing!

"It was tit for tat and we still joke when we meet up now, it’s just a wonderful relationship I’ve got with him." 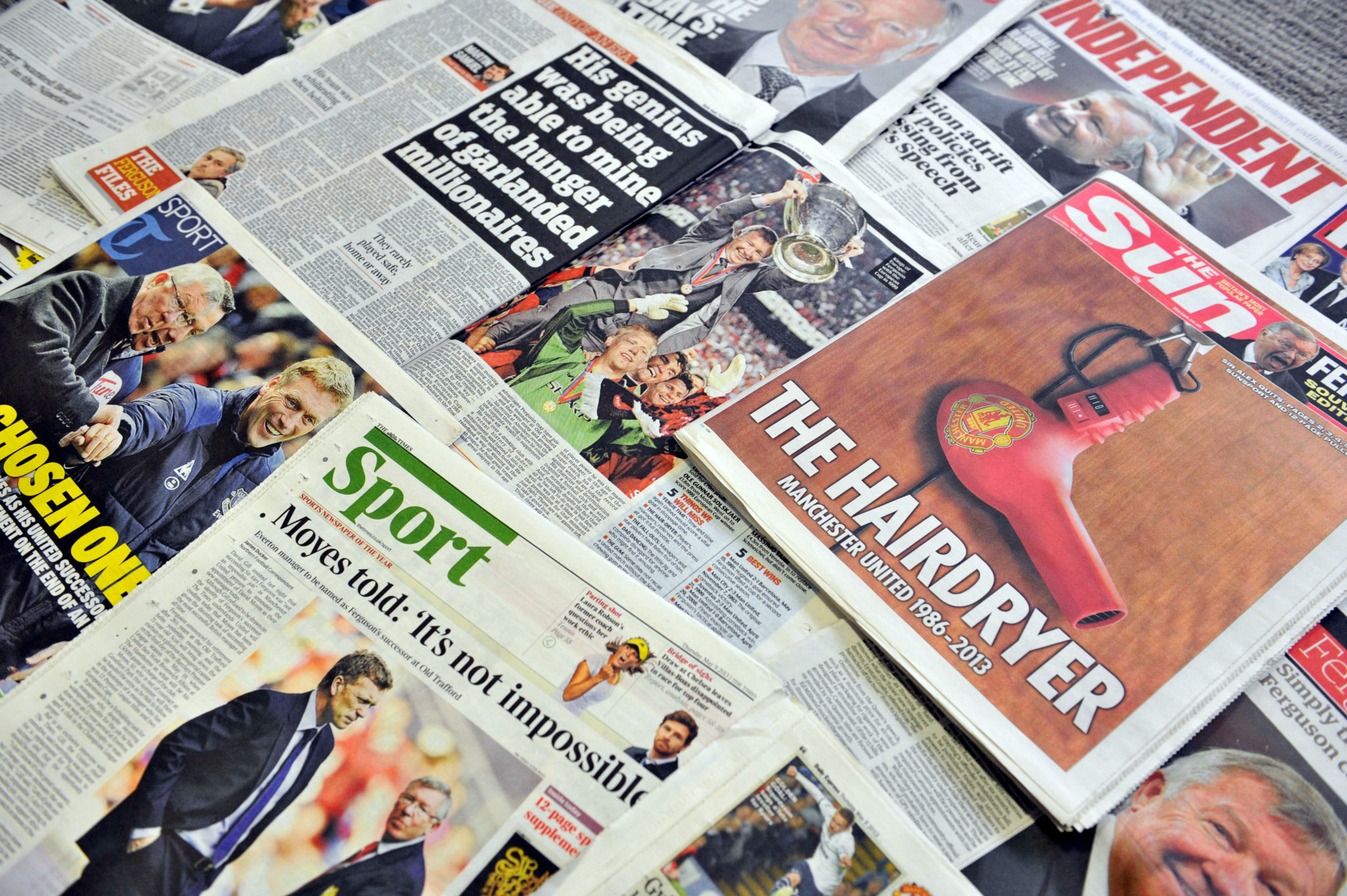 I didn't want to work for anybody else

Ferguson decided to retire from management after securing United 20th English top-flight title in 2013, and Morgan also opted to step down that summer.

“I promised my wife that I would retire when the boss retired. She always said that there were three people in our marriage, her, me and the boss.

"The morning that he told me that was retiring and that he was going to announce it to the media, I rang my wife and said, ‘put the tv on, there’s going to be an announcement in a few minutes’. She thought we were signing a player but I said, ‘No, the boss is going to announce that he’s retiring'. Her response was, ‘what time are you coming home?’.

"He used to give me a rollicking in front of the players, I got used to it and I knew it was done for a purpose. It was a way of getting a message to the players. He’d ring me up later that day and say, ‘sorry about earlier, you knew what I was doing’. It was all done for a purpose, he was fantastic."