One of Ireland's goalscorers in a 3-1 friendly defeat of Bulgaria last month, Alan Browne isn't h...

One of Ireland's goalscorers in a 3-1 friendly defeat of Bulgaria last month, Alan Browne isn't holding out too much hope that he will become a regular starter in Mick McCarthy's team.

A regular presence in the Preston North End midfield across the last four seasons, Alan Browne has found himself having to deal with fewer appearances this time out.

Sitting pretty in 3rd, Alex Neil has taken to occasionally selecting his 24-year-old Cork midfielder in a full-back role for the Championship club.

"I don't mind changing roles within the team," suggested Browne at this morning's Ireland press conference, "at the moment I'm happy to play wherever."

An irregular starter occasionally cropping up in an irregular role, Alan Browne is painfully aware that Preston's good form renders any individual issues he may have null and void for the time being.

"It has been a tough season so far," he admitted. "I don't think that's down to how badly I've done, but the lads ahead of me at club level have done fantastic so far and that shows with our position in the league.

"It is difficult, I can't really go into the gaffer and complain that I need to start because the boys are doing a job who are in there. I've got to be patient and keep working hard." 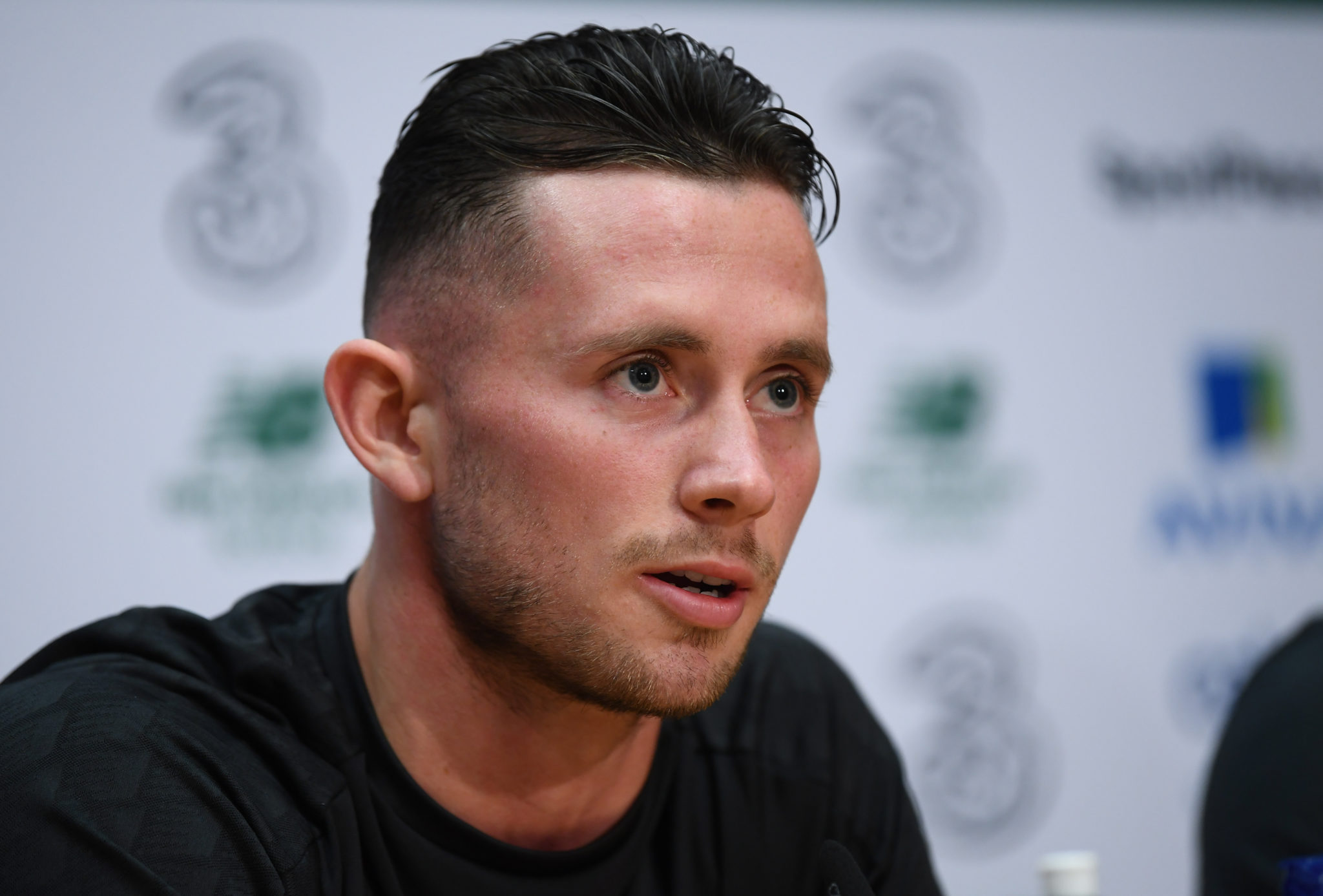 For Browne, these irritations at club are having an undeniable effect on his international aspirations.

Earning only his fifth cap against Bulgaria last month, even the added bonus of a goal hasn't altered the reality that his chances of building on this appearance are slim if Alex Neil continues to overlook the former Cork City man.

"I don't really have a leg to stand on coming here trying to say that I need to be playing," he noted of his potential involvement against Georgia and Switzerland in the upcoming qualifiers.

"With international football, because it is so broken up, it is difficult to really break into the team because the gaffer hasn't seen you week in week out.

"It was a good taster for me [against Bulgaria] and obviously good to get off the mark for my country, but I know it is is going to be difficult for me to break into that midfield.

"The boys in front of me have done fantastic so far, so I think they deserve their place in there. That's not to say that I won't be pushing them in training and any chance I get I'll be looking to impress.

"I think I've got every chance but, as I said, the boys will be fancying themselves to start because they've done so well so far. I don't think it is any problem for me, I'll still be working as hard as ever in training."

Five Ireland players with plenty to gain during the international break