As the Republic of Ireland Women's National Team continued their unbeaten run through the Europea...

As the Republic of Ireland Women's National Team continued their unbeaten run through the European Championships qualifying campaign with a 1-1 draw against Greece on Tuesday afternoon, Áine O'Gorman considered her international future under Vera Pauw.

There remains some hope that Peamount United's Áine O'Gorman will resurrect an international career that she called a halt to in September 2018.

Bowing out of the international set-up with 100-caps to her name, O'Gorman, who recently captained Peamount United to Women's National League success and an FAI Women's Cup final, explained that she has had talks with Ireland manager Vera Pauw on Wednesday's OTB AM.

"I've met Vera and had a chat with her," she admitted without specifying whether or not O'Gorman's return to the international set-up was their reason for their conversation. "I got on quite well with her." 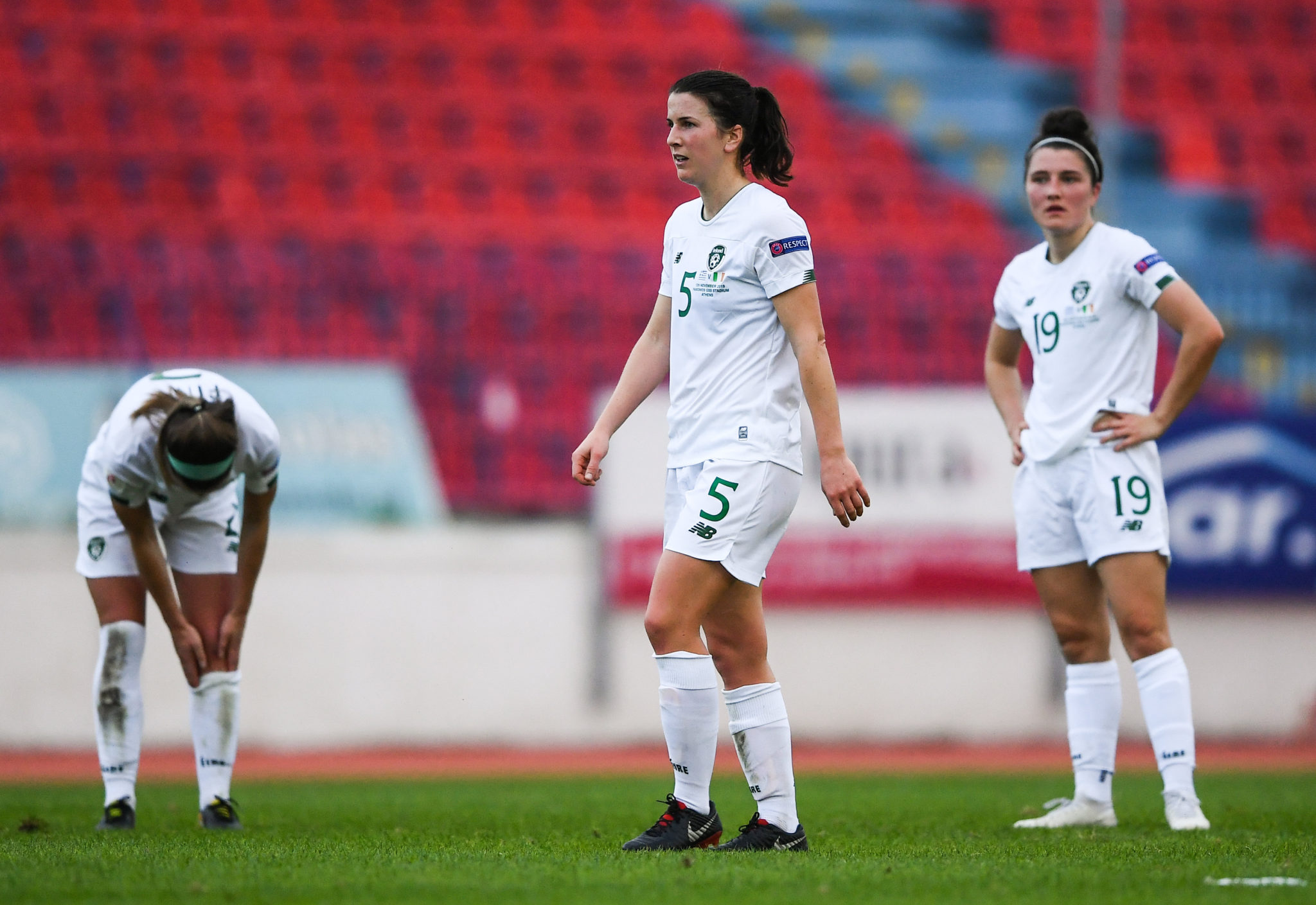 After a winning start to Ireland's qualifying campaign for the 2021 European Championships, Pauw's side had looked set to make it three from three in Athens on Tuesday afternoon.

"You got a sense that they were going to score," explained O'Gorman. "I think it is really disappointing because it is a game you want to win, you're expected to win and should win.

"We're not out of the qualifying campaign, but it is an uphill battle now."

Whether or not Áine O'Gorman will play any part in the battle remains to be seen.

With Ireland's next qualifiers coming against Greece and Montenegro in early March, she is not ruling out the possibility of a return.

"It is obviously always in the back of my mind," she admitted, "and it does eat away at me at times as well.

"Look, I enjoy my club football and will enjoy my little break now, so we'll see what happens. I don't know if I'm ready to go back to international football just yet."