AC Milan and Inter have officially submitted plans for a new 60,000 all-seater stadium to replace the famous San Siro stadium.

Originally opened in 1926, the stadium has undergone several facelifts in the intervening 93-years. The most severe came ahead of the 1990 World Cup which was hosted by Italy. It's capacity was increased with the addition of an extra-tier and it was made all-seated. The stadium also gained its familiar roof.

The San Siro staged the opening ceremony for the tournament and the opening game of Italia 90 with Cameroon shocking hosts Argentina with a 1-0 win. It's hosted 4 European Cup/Champions League finals, most recently in 2016 when Real Madrid beat Atletico Madrid on penalties. 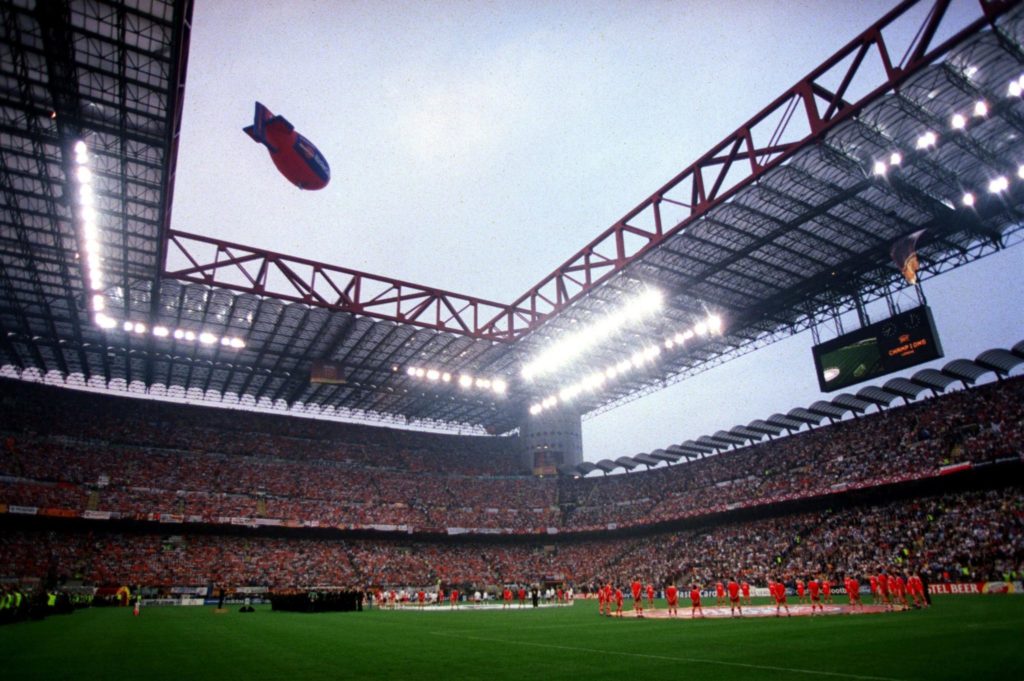 Plans to demolish the current stadium were made public last month, but both clubs have added a 'Technical and Economic Feasibility Study' into the project which promises 3,500 jobs and €1.2billion of private investment.

The proposed new stadium would be built on a site adjacent to the current San Siro.

A joint statement from AC Milan and Inter today promises:

The clubs are seeking 90-year "surface rights" to the new stadium.

The statement says they have looked at the option of restructuring the current San Siro, but their studies, "show that the construction of a new building is from all perspectives the best possible solution both for the Clubs and for the city of Milan.

Milan mayor Beppe Sala has already chosen the San Siro as the venue for the opening ceremony of the 2026 Winter Olympics.

Should the plans get the go-ahead, the wrecking balls won't be moving in before 2026 - at least according to Sala who told Sky Sport Italia last month, "In the Milan-Cortina dossier, we guaranteed that in 2026, San Siro will still be open as usual. End of story.

"After 2026, we’ll decide the future of San Siro in the event there’s a new stadium. But right now, we’re absolutely adamant that this will be the venue for the opening ceremony.

"It’s obvious that the [new] stadium itself, if there’s nothing else, can’t be sustained financially.

"You can build it if you do something else around it: residences, commercial buildings."