'If you have it, you have it' | John Giles would start Aaron Connolly

John Giles believes that Aaron Connolly should start for the Republic of Ireland against Georgia this weekend, saying 'if you have it, you have it.'

Giles spoke to Nathan Murphy on Off The Ball ahead of Ireland's critical match in Tbilisi on Saturday afternoon.

With questions over who should lead the line for Ireland, Giles is backing the young Brighton & Hove Albion striker to prove his call-up worthwhile.

Aaron Connolly 'has it'

"He wouldn't be where he is today if he didn't have the temperament to handle those situations."

It is a precociousness and confidence in Connolly's play that Giles recognises from the players that he played with and managed.

"Players who are real players - there is a show-off in them. They want to show everybody how good they are.

"They are not thinking 'what will I do today if I play badly?' - that thought is not there."

"Connolly showed great intelligence to make the run - if he hadn't got football intelligence then he would have been still standing where he was standing.

"He saw the space and went for it, which shows you that this kid has a brain - he is a footballer." 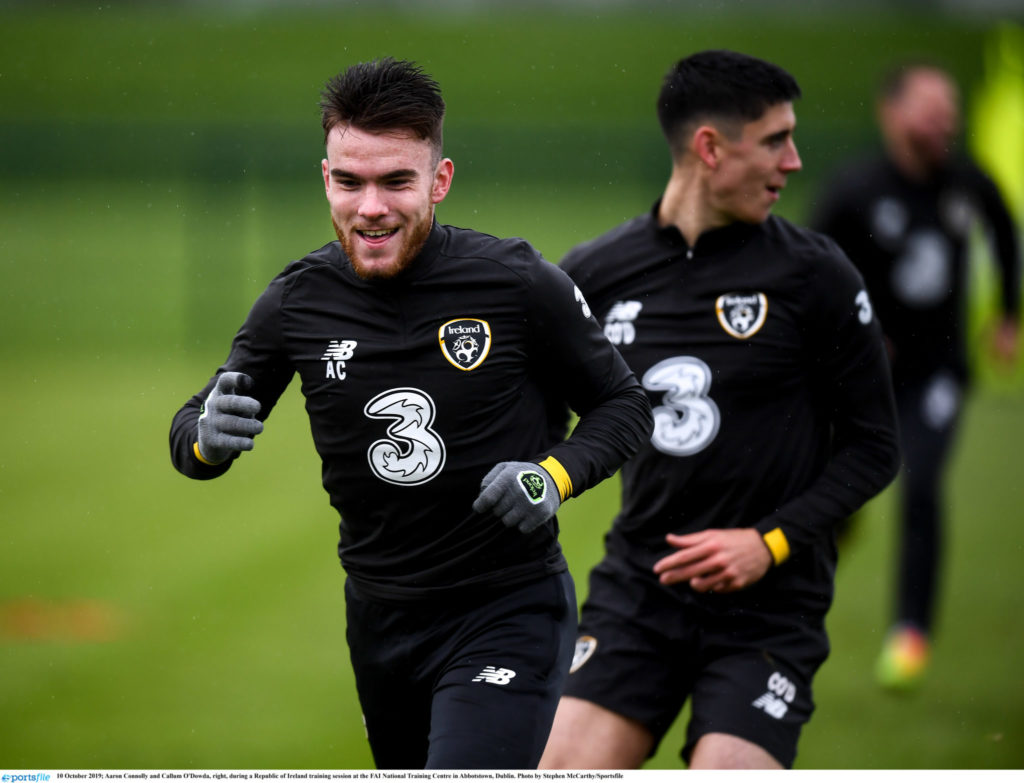 Giles also believes that the usual caveats that come with Irish call-ups do not apply with Aaron Connolly.

"He saw him in a Premier League match against one of the best teams in the league and he didn't look out of place - anything but.

"Connolly was cocky - but not too cocky. He took his goals well.

"If I were a manager, I would have no problem with playing him straight away."