Donegal might be one of the more difficult places for sporting greatness to emerge. Isolated, spread out, plundered by migration. Yet it has still produced some of Ireland's biggest sportspeople and this Friday we'll be looking to identify the best of the best from the county.

Over the last few weeks on OTB AM, we've been moving on a national tour to find out which four sportspeople each county would have on their hypothetical Mount Rushmore, and this Friday it's the turn of Tír Chonnaill.

Before we find out the final four, we need to make a long-list of names, some of them probable, but all of them possible.

Donegal has been renowned over the years for producing top-quality GAA players even if that didn't translate into medals as a team. Ultimately, those who played in the successful years are in with a better chance of making the final list, but there have been some classy operators involved in Donegal GAA over the years.

Jim McGuinness is a man the Donegal public will defend to the very end. Despite having his fair few critics, McGuinness has put himself in a great position to make the list having an All-Ireland title as both a player and a manager. Several of the Donegal team to play under McGuinness are also in with a shout, most notably Karl Lacey, Frank McGlynn, the McGee brothers and Michael Murphy.

The 1992 All-Ireland winning side shouldn't be ruled out either, after all, they were the first team in Donegal's history to lift Sam Maguire. Names like Martin McHugh, Manus Boyle and Declan Bonner will live long in the memory of Donegal GAA fans. Lest we forget the man who led them to the title Brian McEniff, who took charge of the county on and off for over two decades and also has an All-Star in his pocket from his playing days. They don't call him the Godfather of Donegal football for no reason.

Donegal have also produced two of the most dominant women's GAA players of all time in Geraldine McLoughlin and Yvonne McMonagle (Bonner). McLoughlin was part of a Termon side which won last year's All-Ireland club Championship, scoring a crazy 3-08 in the final, while Bonner has taken her 18 years experience in the game across to the AFLW and the Great West Sydney Giants last year. 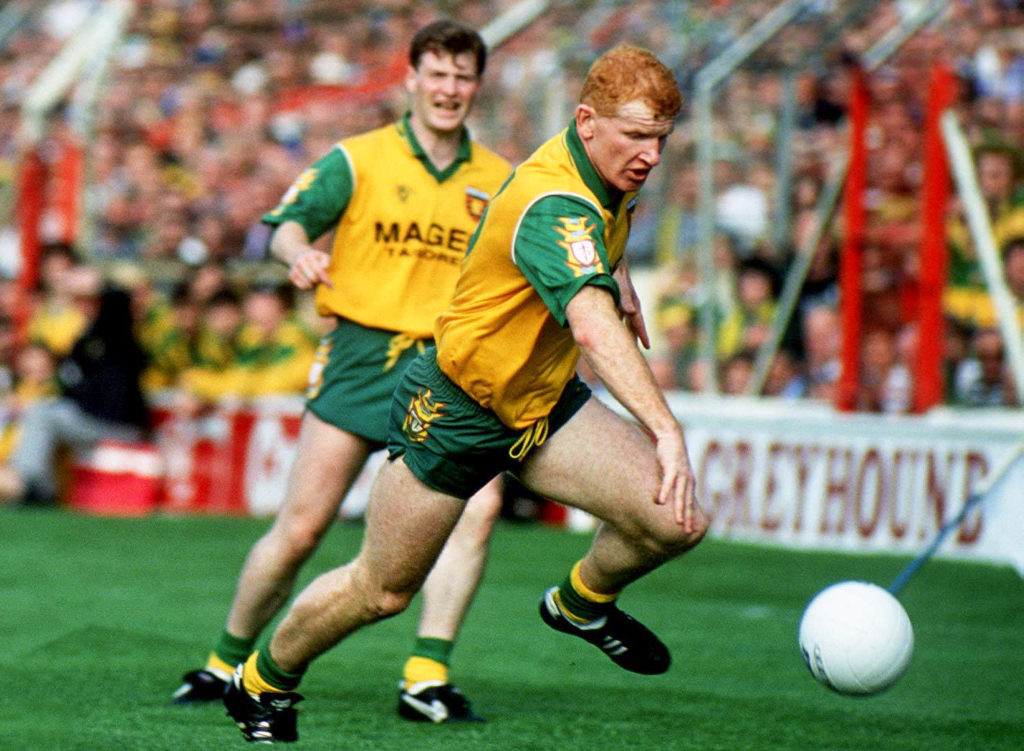 20 September 1992; Tommy Carr of Donegal during the All-Ireland Senior Football Championship Final match between Donegal and Dublin at Croke Park in Dublin. Photo by David Maher/Sportsfile

With the lack of hurling and rugby in the county for a host of reasons, soccer is on par with GAA in terms of popularity and the county has produced some of the best leaders on a soccer pitch. Before I get into the soccer players who actually hail from Donegal, I have to go over some stars the county could claim to be our own.

Goalkeeping seems to be a strong position so let's start there shall we. Packie Bonner. Need I go on? The Burtonport native has 80 Ireland caps, played at three major tournaments, saved THAT penalty in Italy and has also notched up a crazy amount of appearances in the hoops for Celtic. Shay Given his eventual replacement in goals for Ireland went on to play even more games for the Boys in Green, appearing 120 times. Unfortunately for Given, his time in goals for Ireland wasn't exactly a stellar time for Irish football. However, the Lifford man played for over 15 years at the highest level of football for Newcastle United and Manchester City. 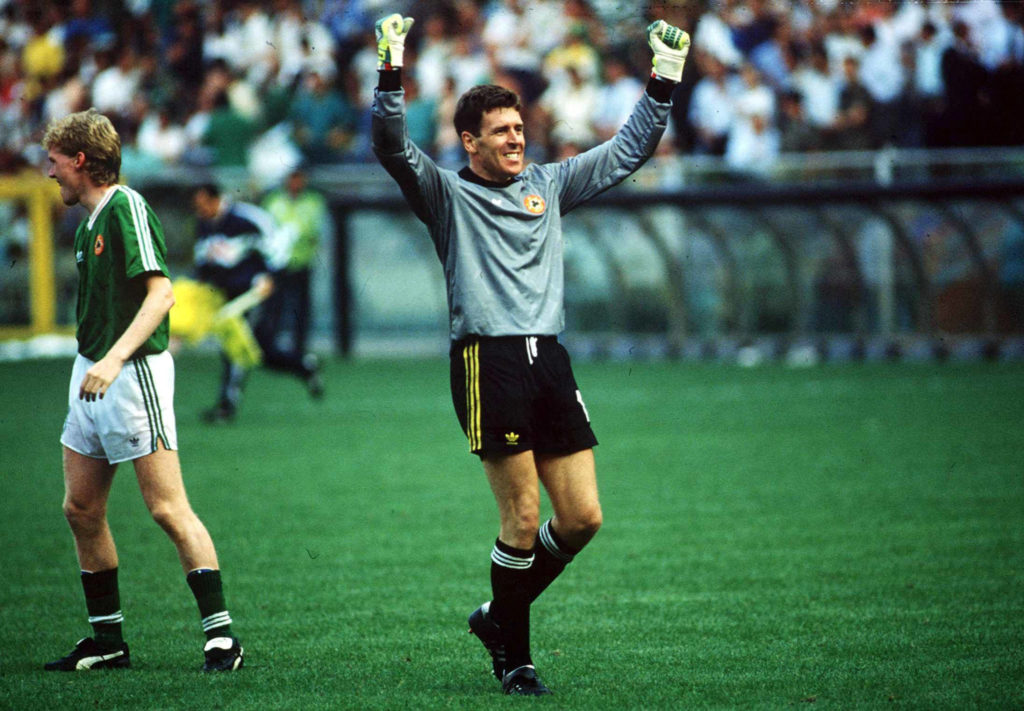 Current Ireland and Everton captain Seamus Coleman, has 56 caps to his name and over 250 apps for the Toffees spanning over 11 seasons at the club. He was also a handy at GAA before his professional football days for his local club Killybegs. Coleman also famously started his career at Sligo Rovers in the League of Ireland but in terms of our own league, Kevin McHugh is the first name on the tongue. McHugh was prolific in his time at Finn Harps and currently sits sixth in the all-time goalscorers list in the league.

Amber Barrett is also worth considering. The Irish striker is currently playing her football with FC Koln in the German women's Bundesliga. Barrett has put herself back into contention for the Irish national team as a result. Those involved in Donegal sports at a county level though will remember Barrett's exploits across a multitude of sports from GAA to Athletics. 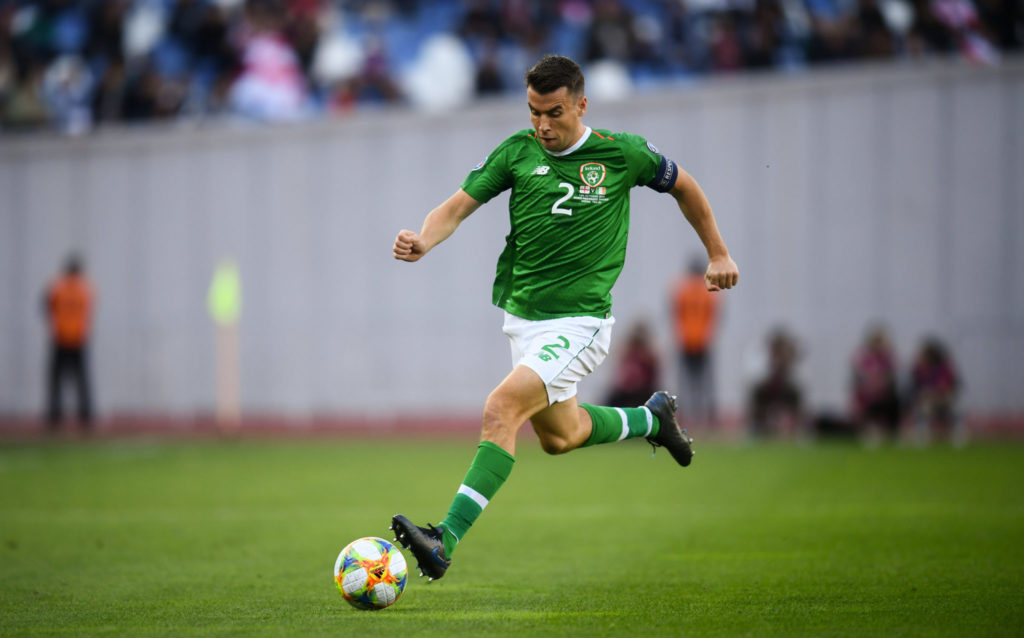 Soccer and GAA apart, Donegal has also produced some brilliant sportspeople in a variety of other sports. Athletics, for example, is a strong point for the county. Brendan Boyce might walk his way onto the list, but Mark English will be fast on his tail. English has probably yet to reach the peak of his career but if he keeps on track, he could well be one of the most decorated Athletics stars to come out of the county.

Patsy McGonagle, who spoke with Off the Ball recently, is also a name etched in Athletics history having managed the Irish team for over 25 years, including in Sydney where Sonia O'Sullivan brought home silver. Sisters Catriona and Sinead Jennings have both represented Ireland at the Olympics in rowing and marathon running respectively. 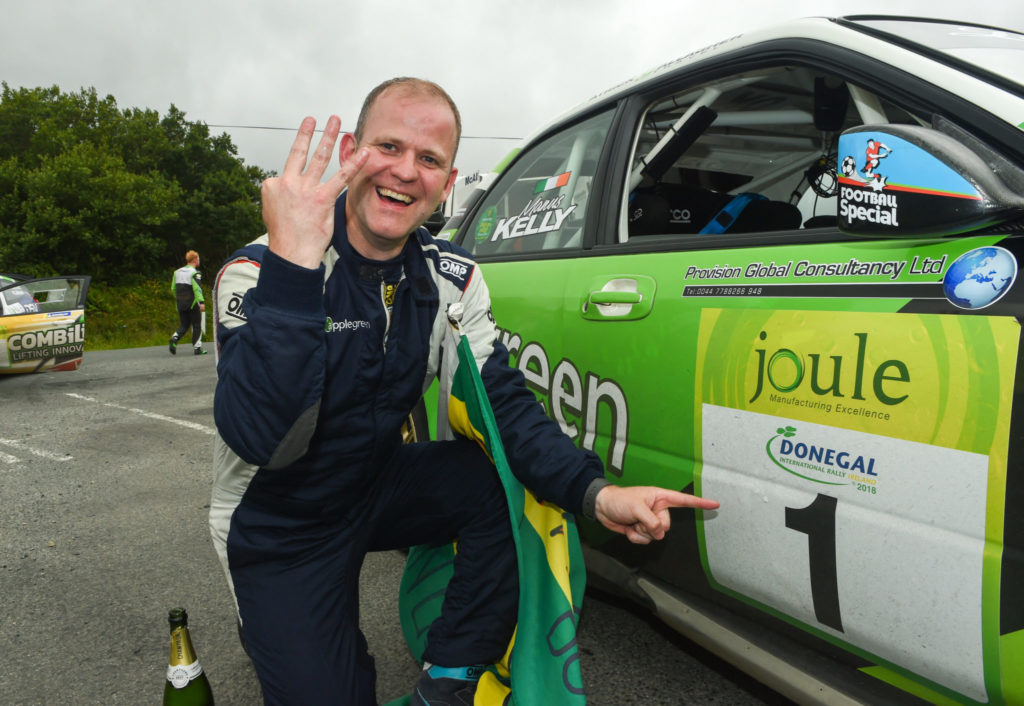 17 June 2018; Manus Kelly in a Subaru Impreza WRC S12B celebrates at the end of stage 20 Glen after winning during the Joule Donegal International Rally - Day 3 in Letterkenny, Donegal. Photo by Philip Fitzpatrick/Sportsfile

Behind great sportspeople, there can be a host of great managers, coaches and agents and Ray Simms has been behind some of Athletics greatest ever from Usain Bolt to Kenyan superstar Vivian Cheruiyot. The Milford native, who runs PACE Sports management also has a place on the European Athletics coaches Roll of Honour.

Motorsport is also very strong for a county with terrible roads. The Donegal International Rally attracts some of the best in the business from Colin McRae in 2006 to Sebastien Loeb the following year. With that being said, winning the rally three times is no laughing matter which is why the late Manus Kelly is a worthy contender for the list. Kelly won the rally three times in a row in 2016, 2017 and 2018. Sadly, Kelly was killed in a crash during the 2019 rally.

All deserving of their places, but not everyone can make it. Find out on Friday who makes the final list.