If you read last winter's piece on 1919, Kildare and Cork won the All-Ireland football and hurling titles respectively.

But what happened the following year? Well, if you don't want any spoilers, don't read on... or consult any history books!

In hurling at least, it was the start of a revenge story. Dublin had lost to Cork in the 1919 All-Ireland final. But they turned the tables on the Rebels.

The term "start" is deliberate, however! Because that final of the 1920 All-Ireland Championship didn't actually take place until May 1922.

The long delay is not too surprising though when you look at the time period.

Early 1920s Ireland experienced a fractious period politically. The War of Independence had begun in 1919 and almost immediately followed by the Civil War in 1922.

Both hurling finalist counties of 1920 were at the centre of the most violent episodes from Bloody Sunday in November 1920 in the capital and the Burning of Cork by the British the following month, just to name two.

Cork, Kerry, Limerick and Tipperary were also under martial law from December 1920. So sport certainly had to take a backseat.

Twenty-eight days before Bloody Sunday, Dublin played their All-Ireland semi-final, thrashing Galway at Croke Park by a score of 6-3 to 1-4.

Cork, meanwhile, played their last match of 1920 in June of that year, beating Kerry by a narrow two-point margin in the Munster semi-final. However, the Munster final against Limerick would only come 22 months later in 1922. 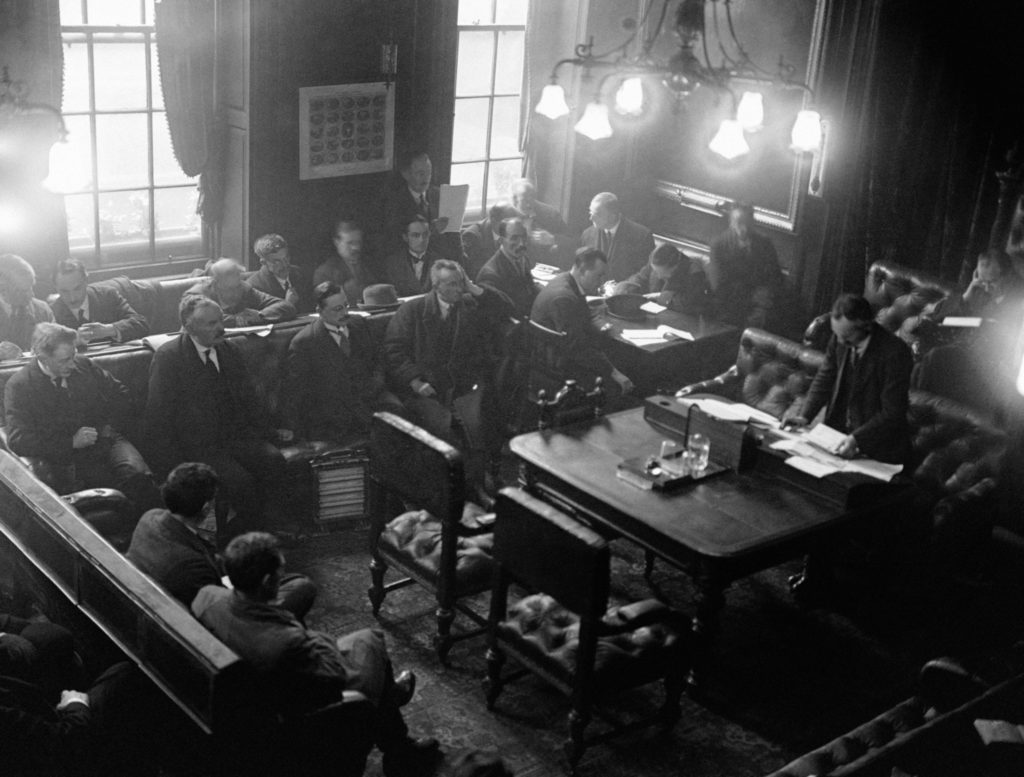 The scene inside the oak room at the Mansion House, Dublin, during the formal Ratification of the Irish Treaty. Mr Griffiths is seated on the left (centre) wearing glasses and republican Michael Collins is facing the speaker.

While, the Dublin hurlers' 1920 All-Ireland wasn't sealed until 1922, it's still worth noting the beautiful prose of the match report from the Freeman's Journal published on May 15th 1922.

The paper which would only have set you back one halfpenny described that game as "a great, though certainly not the greatest, hurling final of recent years".

It also noted the contemporary luminaries in the crowd: "The crowd, officially returned at 22,000 was probably a record for a hurling final, and the company included Mr. A. Griffith, President of Dáil Eireann, a galaxy of Ministers and T.D.s and officers in uniform.

The Cork I.R.A. Pipers’ Band discoursed a splendid selection of airs, and the Transport Brass and Reed Band also contributed pleasantly to the waiting intervals."

Unsurprisingly, Gaelic football also endured the same fate as the hurling. With conflict raging, the 1920 All-Ireland football final would also take place in the summer of 1922.

But just 17 days later, the Irish Civil War would break out.

Dublin would also get to that delayed final. But the Tipperary footballers would prevail 1-6 to 1-2 at Croke Park.

Incidentally, the same two counties had shared the field in a challenge match on Bloody Sunday 1920 when Tipperary captain Michael Hogan and civilians were massacred by Royal Irish Constabulary and Black and Tans.

In soccer, the League of Ireland would not be founded until 1921. But the 1919-20 Irish League, comprising teams from north and south did resume after the end of World War I.

Belfast Celtic won the title. But they would subsequently withdraw from the competition, along with Dublin's Bohemians and Shelbourne. The latter two would join the nascent League of Ireland for 1921-22.

On the other side of the Irish Sea, West Brom won 2019-20 Football League Division One as top-flight soccer returned for the first time since the outbreak of World War I.

The major trophies would remain in the English West Midlands that season as Aston Villa claimed their sixth FA Cup against a Huddersfield that would enjoy dominance later in the 1920s under Arsenal's future legendary manager Herbert Chapman.

Much further away in Chile, the fourth Copa America took place that Autumn. A four-team tournament run across a round-robin group structure, Uruguay won for the third time.

The Five Nations returned in 1920 and although there was no Grand Slam winner, Wales triumphed in the Championship by point difference over Scotland and England.

Unfortunately, Ireland ended up with the wooden spoon that year, losing four from four. 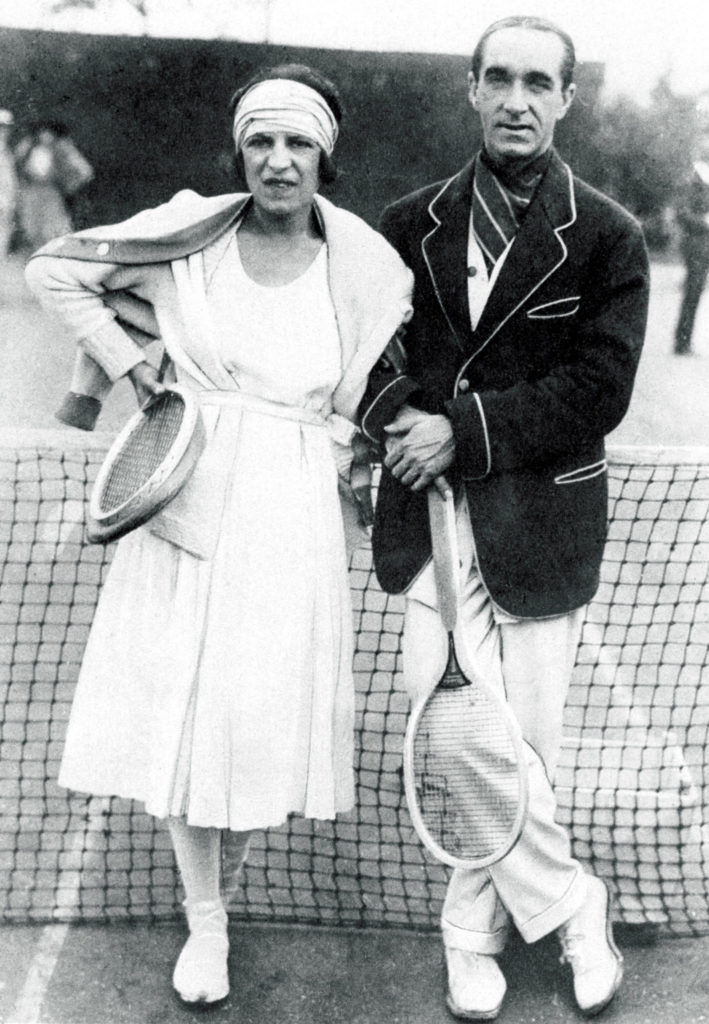 The second post-war Wimbledon Championships also took place in 1920. Contemporary superstar Suzanne Lenglen of France won the second of her five-in-a-row in the Women's Singles, while USA's Bill Tilden would win the Men's Singles.

Speaking of Lenglen, she would garland her legend further at the Olympics in the Belgian city of Antwerp. To say she dominated would be an understatement. She won her first round, second round and quarter-final 6-0, 6-0 each time.

Only in the semi-final did she drop a game and that still saw her sail through 6-0, 6-1. The final against Dorothy Holman was only slightly more of a test for her as three games escaped her grasp. But she still won that 6-3, 6-0. 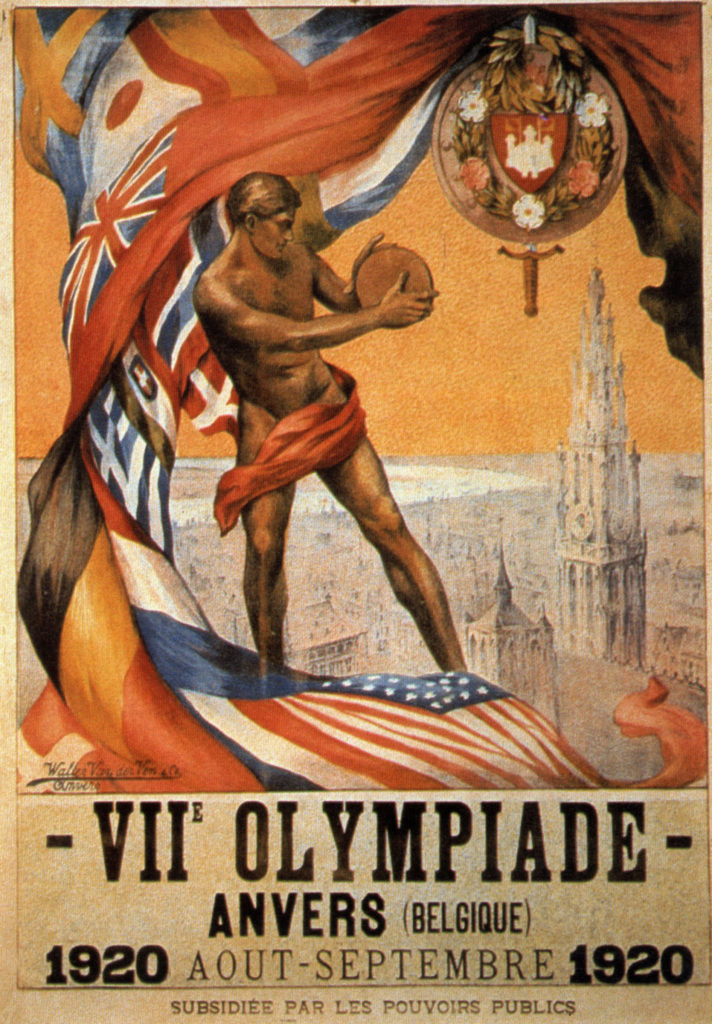 It was the final Olympics in which Irish athletes would compete for Great Britain. The very same year, Irish Olympic Council came into being, although as Paul Rouse notes in his book Sport and Ireland: A History, official international recognition didn't come for another two years.

An Irish team subsequently went to the 1924 Games.

Thus, as we can see, 1920 is a crossroads for Irish sport across the board from GAA to international sport.