World Rugby have moved to clarify their conceptual plans for a proposed Nations Championship. Las...

World Rugby have moved to clarify their conceptual plans for a proposed Nations Championship.

Ronan O'Gara also shared his criticism on Off The Ball.

But World Rugby have now outlined their official proposals for a tournament that would start in 2022.

This 'Nations Championship' would not interfere with the Six Nations, Rugby Champions or British and Irish Lions according to the proposals. It would run in two of the four years within a Rugby World Cup cycle.

World Rugby proposes that they would break the competition into two conferences of 12 teams each. Promotion and relegation would also be part of the format.

One would comprise the European nations, including Ireland. The other would feature the Rest of the World. They would then divide each conference into two divisions.

Each nation would play 11 "regular season matches" per year. 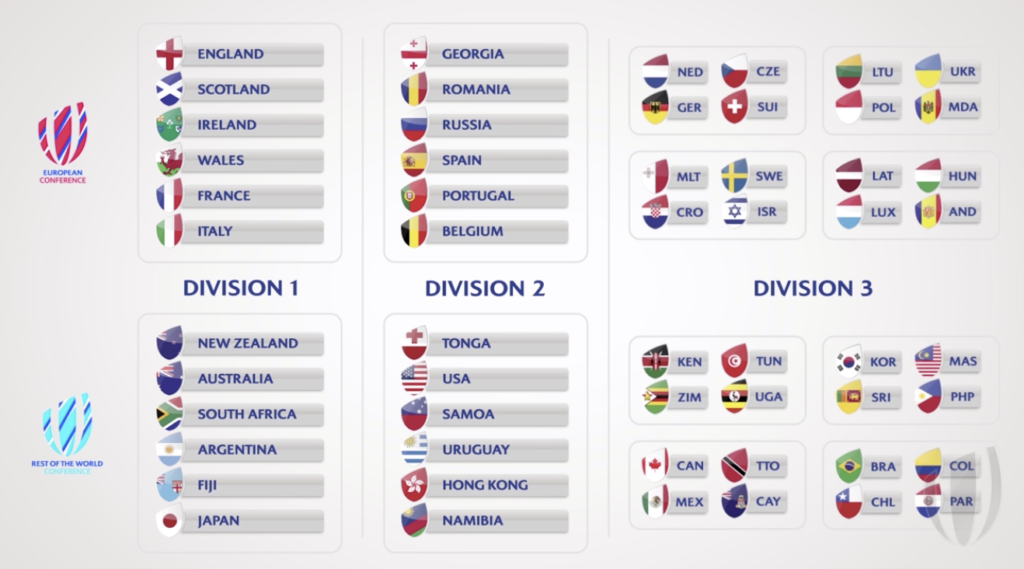 A playoff stage featuring the top two finishers from each conference would follow. That would be played at the end of November. The winners of each semi final would then face-off in a World Rugby Nations Championship final.

World Rugby clarified the issue of promotion/relegation in their statement:

"Contrary to reports, our proposed competition provides opportunities for all teams to compete at the top level on merit, with promotion and relegation. Under this model, the Pacific Islands and all teams outside the current 6 Nations and The Rugby Championship would have a potential pathway. With the proposed model incorporating competitions that are not owned or run by World Rugby, not all unions are presently in favour of immediate promotion and relegation. We continue to consider the feedback, but remain absolutely committed to an eventual pathway for all."