World Rugby reportedly agreed with 23 of the 26 points raised by South African Director of Rugby Rassie Erasmus in his infamous leaked video, according to reports from South Africa.

The video, which was released after the first test between the British and Irish Lions and the world champion Springboks, was over an hour long, and detailed the apparent refereeing errors made in the first test.

As a result of the leaked video, World Rugby charged both Erasmus and South African Rugby with misconduct and bringing the game into disrepute, with the hearing scheduled for October 30-31st.

However, South African Afrikaans-language newspaper Rapport have reported that World Rugby actually agreed behind the scenes with 23 out of the 26 'errors' pointed out by Erasmus in the over hour-long video.

South Africa subsequently won the second and third tests of the series, with Morne Steyn replicating his debut season on the international stage by kicking a last-minute penalty in the final test to secure the series.

The creation of the video is not the reason that Erasmus has been charged with misconduct, as it is often the case where coaches and directors of rugby would send similar videos to match officials and World Rugby following a test match.

Legendary test referee Nigel Owens even remarked earlier in the year that he once received a similar video with over 48 points raised in it, from an unnamed coach. 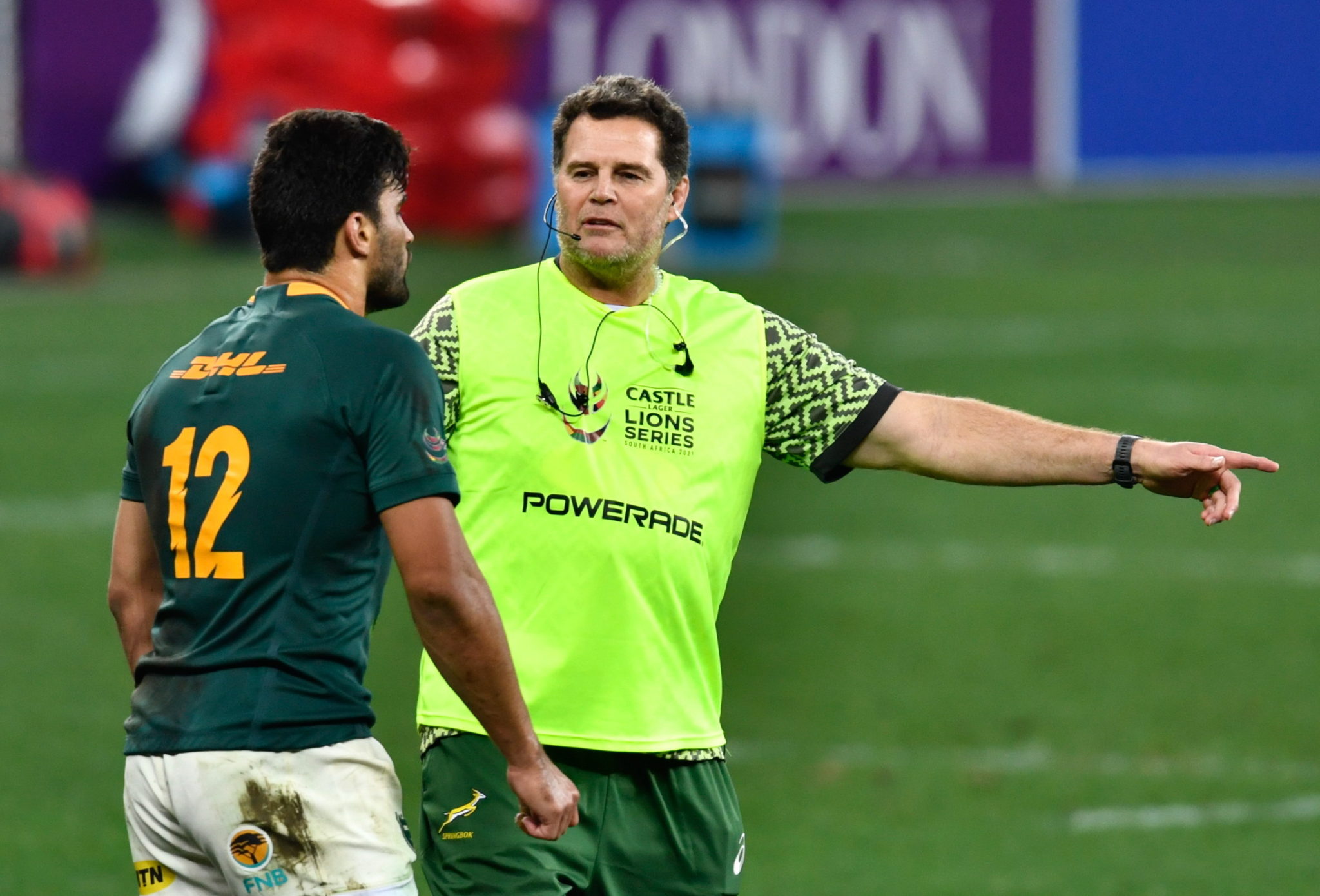 What has been raised as the reason for the charges is that the video itself was leaked to social media and subsequently went viral.

In order for Erasmus and SA Rugby to be found guilty of misconduct, World Rugby need to prove that either Erasmus or SA Rugby were the source of the leak.

While it was initially reported that the result of the three-test series could have been overturned as a possible punishment if Erasmus and SA Rugby were found guilty, this possibility has since been ruled out.

It is understood that the worst that can happen is that Erasmus and SA Rugby can be fined and held liable for the disciplinary case’s costs, which will be in euros.

Erasmus is set to join the Springboks in Europe for their end-of-year tour, having remained in South Africa for the Australian leg of the Rugby Championship this year.