Munster and Ulster both recorded wins in the Guinness PRO14 on Friday evening. Munster beat Cardi...

Munster and Ulster both recorded wins in the Guinness PRO14 on Friday evening.

Johann van Graan's side trailed 11-6 in the second half but tries from Jean Kleyn and Niall Scannell turned the game around and now mean that Munster sit nine points clear at the top of Conference B.

Munster were further boosted by the return of Joey Carbery to action after his lengthy injury lay-off. The 25-year-old played the final 15 minutes, guiding his side to victory.

Fantastic to see Joey Carbery back in action after injury.
Go well Joey!

Van Graan gave his thoughts to Eir Sport after the game.

"Glad that Joey enjoyed it," he said. "He took a big hit at the start which kind of welcomed him back to rugby  but it was really nice to see him nail that conversion from the touchline.

"I was really happy with the team win, that's six out of seven away wins in the PRO 14 now.

"Not our best performance but it's a really tough place to come to and we were playing against a desperate team.

"I felt really good in the end to close the game out." 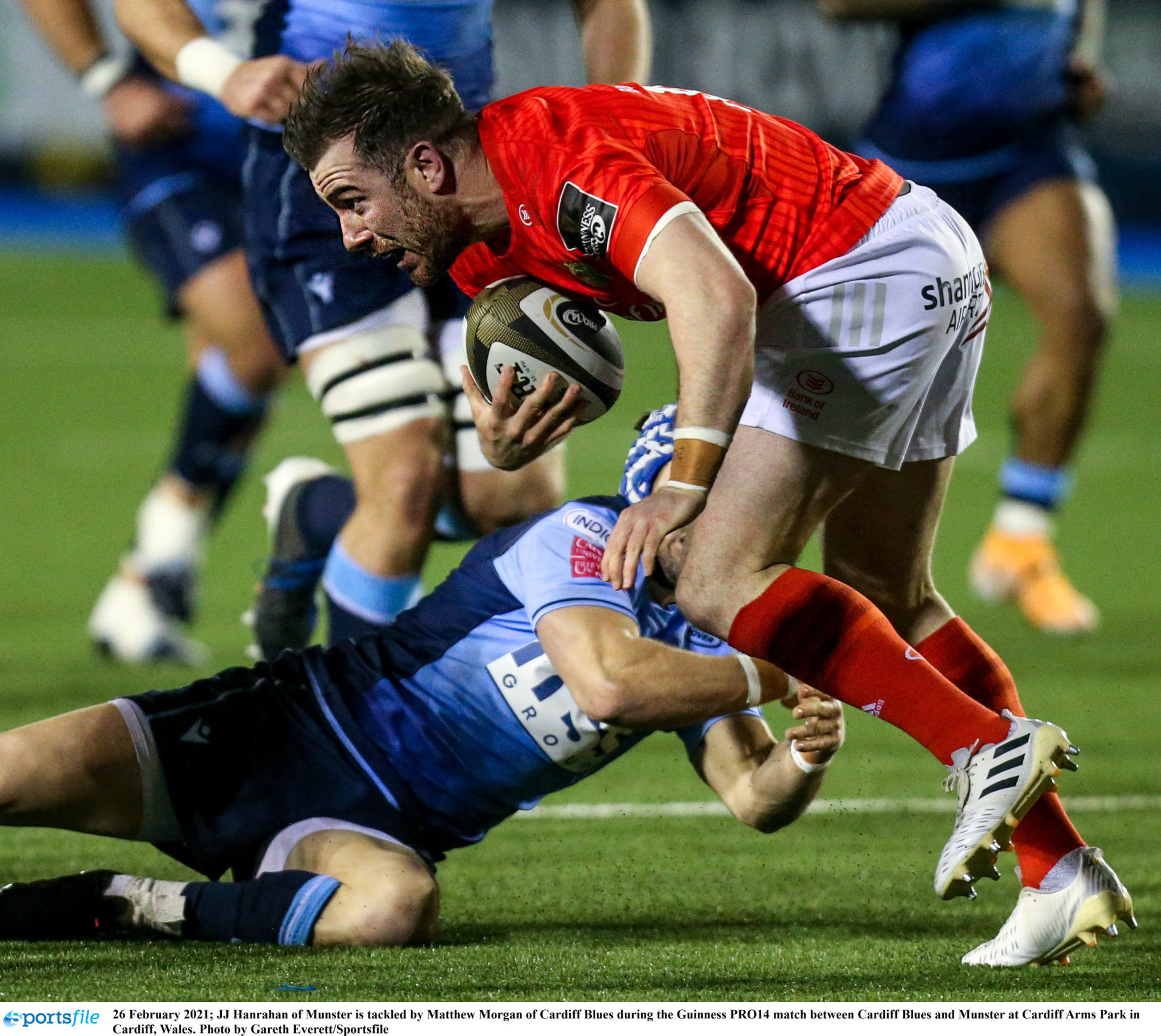 In the other game on the night, Ulster were convincing 21-7 winners over Ospreys in Belfast.

Tries from John Cooney and John Andrew, as well as a second-half penalty try gave Dan McFarland's side the victory.

The win moves Ulster into second place in Conference A, just one point behind Leinster although Leo Cullen's team do have a game in hand.

Sam Monaghan can get people out of their seats | Brian O'Driscoll

'For Munster to be successful, you need the vast majority of players to have come through Munster' | Keith Wood

'Ireland are going in the right direction' | Niamh Briggs