The British and Irish Lions fronted up against one of the biggest scrums in world rugby in the 1997 tour of South Africa, and not only survived, but beat them.

The initial announcement of the touring squad to South Africa saw Peter Clohessy named as one of the props on the plane, however a back injury saw the Munster man ruled out of the tour before they left.

Clohessy was replaced in the squad by fellow Irishman Paul Wallace; a man who soon became an iconic figure in Lions history, as he anchored the scrum against a world champion front row that, on paper, was supposed to eat him for breakfast.

Tom English recanted the tale of Peter Clohessy, the @lionsofficial player that simply refused to give back his kit when he was injured before the 1997 tour | 🦁@VodafoneIreland | #TeamOfUs

Speaking on Wednesday Night Rugby, author of This is your Everest Tom English discussed the first Lions test in 1997, and how the tourists managed to outlast their hosts.

“Bear in mind in the first scrum, and they are going up against this humungous wrecking ball machine of a front row, in fact the entire pack, but particularly the front row of Os du Randt, Adrian Garvey and Naka Drotske,” English said.

“These guys were coming after them and in the first scrum, they absolutely demolished the Lions, and the whole of Newlands went ballistic because this is what they wanted.

“The Lions were gadding about their country for four, five, six weeks at this stage; they were beating teams up left right and centre, playing this fantastic expansive rugby.

“When they go to the big arena, their first scrum, bang! The Springboks destroyed them, and everyone, even Os du Randt, was going, ‘after the first scrum we thought we had them’.

“No more now can they play this expansive rugby, because ‘we are going to physically crush them’.”

Wallace, who was around 15kg lighter than his opposite number Os du Randt, bounced back and figured out a way to stop the world champion from getting the better of him.

“The second scrum wasn’t great either, but they didn’t get shunted back as far,” English said.

“What Wallace did after that, he figured it out. He figured it out and adjusted his body position; almost certainly cheating, but who cares because he wasn’t caught?

“He got himself into an angle, body position that that the Springboks really couldn’t handle. The more the game went on, and a lot of players said this, the angrier the Springbok front row in particular became, because this wasn’t following the narrative.

“How were these little guys, Thomas Smith, Keith Wood and Paul Wallace, particularly Smith and Wallace, small men giving away stones against their opposite numbers, how the hell were they surviving in the scrum?

“Why weren’t they off the pitch? Why were the Lions still hanging about on the scoreboard? So, they got very, very frustrated.” 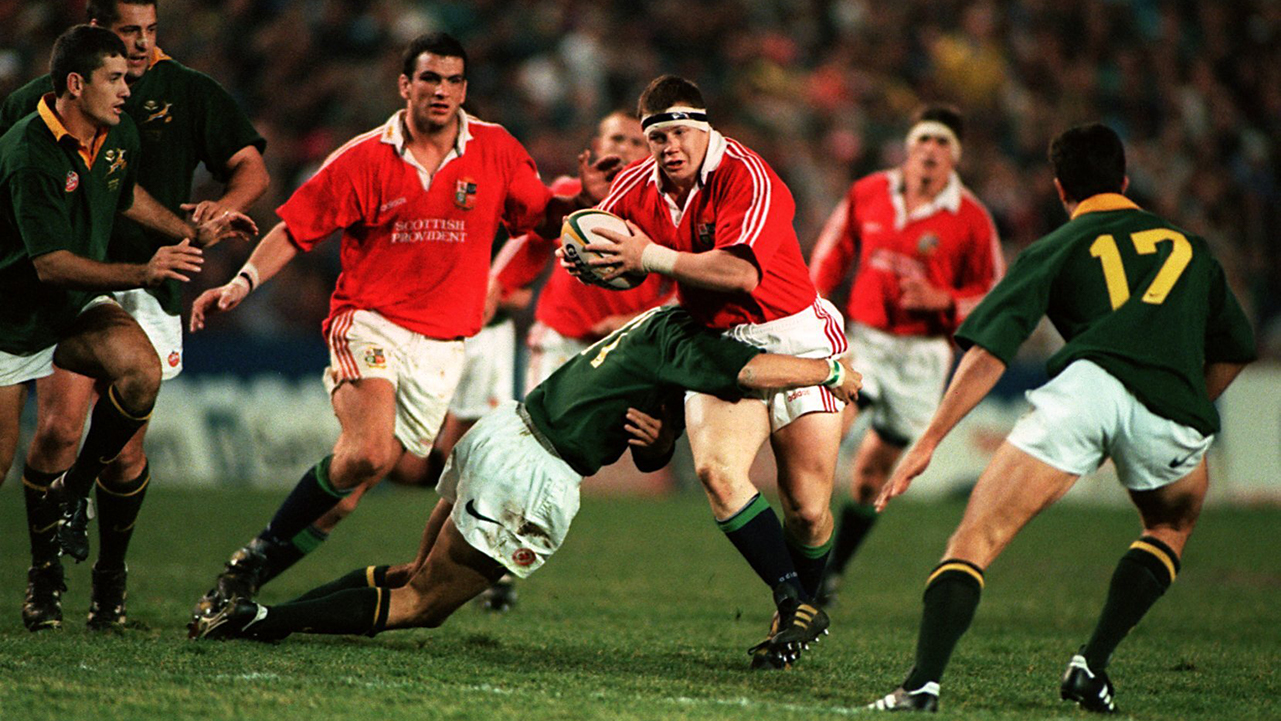 Smith and Wallace didn't just survive, they beat them

For English, the performance of the Lions scrum in that first test, coupled with some iconic speeches from Lions coaches Ian McGeechan and Jim Telfer, helped the Lions to their historic 1997 series victory.

“I mean Wallace wasn’t even in the squad,” English said. “Martin Johnson, the captain said when the team was announced first that ‘I didn’t know Tom Smith from a hole in the head’.

“Yet he makes the test team, and he is immense. These two small guys, one Irishman, one Scot, going up against two beasts.

“And they survive, they find a way to survive. It is rugby heroism, it really is! It is just clever, clever play from the two of them, thinking in the midst of this absolute cauldron and finding a way to survive.”

The 1997 Lions tour bears striking resemblance to the lead up to this year’s tour, with the World Champions heading into the tour slightly undercooked, after having little international preparation. Will the Lions be able to conquer the Springboks again?