'It was a disaster. We thought we were in the quarters before getting there' | Shane Williams talks Wales' nightmare '07 World Cup

Shane Williams admits a level of complacency set into Wales' preparation for their 2007 Rugby Wor...

'It was a disaster. We thought we were in the quarters before getting there' | Shane Williams talks Wales' nightmare '07 World Cup

Shane Williams admits a level of complacency set into Wales' preparation for their 2007 Rugby World Cup defeat to Fiji in France, a result which saw them exit the competition in the pool stages.

Speaking on the latest episode of Land of the Rising Scrum with Neil Treacy, the Welsh rugby legend described the campaign as a "disaster", as they missed out on a chance to face Southern Hemisphere side South Africa in the last eight of the competition.

The 43-year-old explained what the aftermath of their exit was like on Saturday's latest episode.

"We played some good rugby in that World Cup. Personally, I'd just come back from some operations and I'd had a good preseason. I was fit.

"Ironically, I probably played some of my best rugby in that World Cup.

"It just wasn't to be. We turned up for that Fiji game thinking we'd won the match before we'd kicked off. [We were] a little bit arrogant in that sense.

"We tried playing rugby that suited Fiji - play the ball around, offload in the tackle. We made a lot of mistakes and Fiji capitalised. What you don't do against a side like that is make mistakes.

"Don't knock the ball on or give them the ball and give them opportunities.

"That's exactly what we did. Straight away we were chasing the game. It was probably one of the best games of rugby you'll watch as a neutral - but not as a Welshman.

"Being part of that was massively frustrating. The better team won on the day. I'd like to think we learned a lot from that but no one likes going home from a World Cup early. Especially when you're already preparing to go to Marseille to play South Africa." 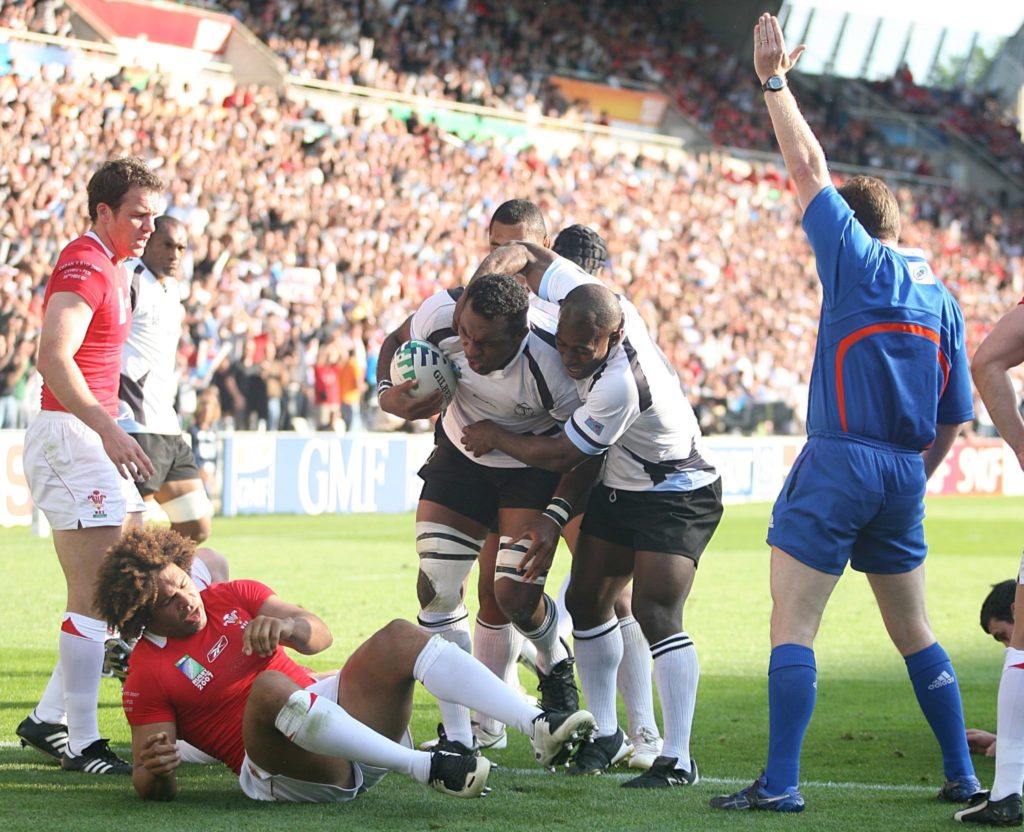 Williams added that the fallout, in the end, was positive but the immediate aftermath saw heads roll.

"The next day as we got into Cardiff, Gareth Jenkins was pretty much sacked on the spot as well.

"That wasn't much good for the players or Gareth. He was a mate of ours as well as coach as well.

"It wasn't a good time for us all really. I think we learned from it. We ended up getting a very good coach from it after that."