Wales were in the hunt for another Grand Slam on Saturday when they travelled to the Stade de France to take on a French side still in the running for the championship.

Wales have been lucky in this year's championship, with two early, close victories against 14-men Ireland and Scotland, before dominating England to a 40-24 victory.

France, on the other hand, looked in phenomenal form before their match against Scotland was postponed due to a number of COVID-19 cases in the French camp.

It did not take long for France to get on the scoreboard, as Romain Taofifenua bashed his way over the Welsh line in the opening five mintues. Matthieu Jalibert would extend the early lead to put pressure on Wales.

Wales, however, fired back almost immediately though, as Dan Biggar  got his side back in it just five minutes later, converting his own try and levelling the scores.

The opening quarter of the match felt like a game of back-and-forth, as immediately after Biggar's try, Antoine Dupont put France ahead again after a Jalibert chip put Dupont away. Jalibert would extend the lead back to seven.

The final try of the first half saw the score levelled again, this time for Josh Navidi who powered over from close range, before Biggar added the extras for the equaliser. Wales would follow that up with their first penalty to take a three-point lead for the first time in the match.

Scores were level at half time thigh, as Romain Ntamack added a penalty of his own before the half time hooter sounded, leaving both sides in the same position as they were in 40 minutes prior. 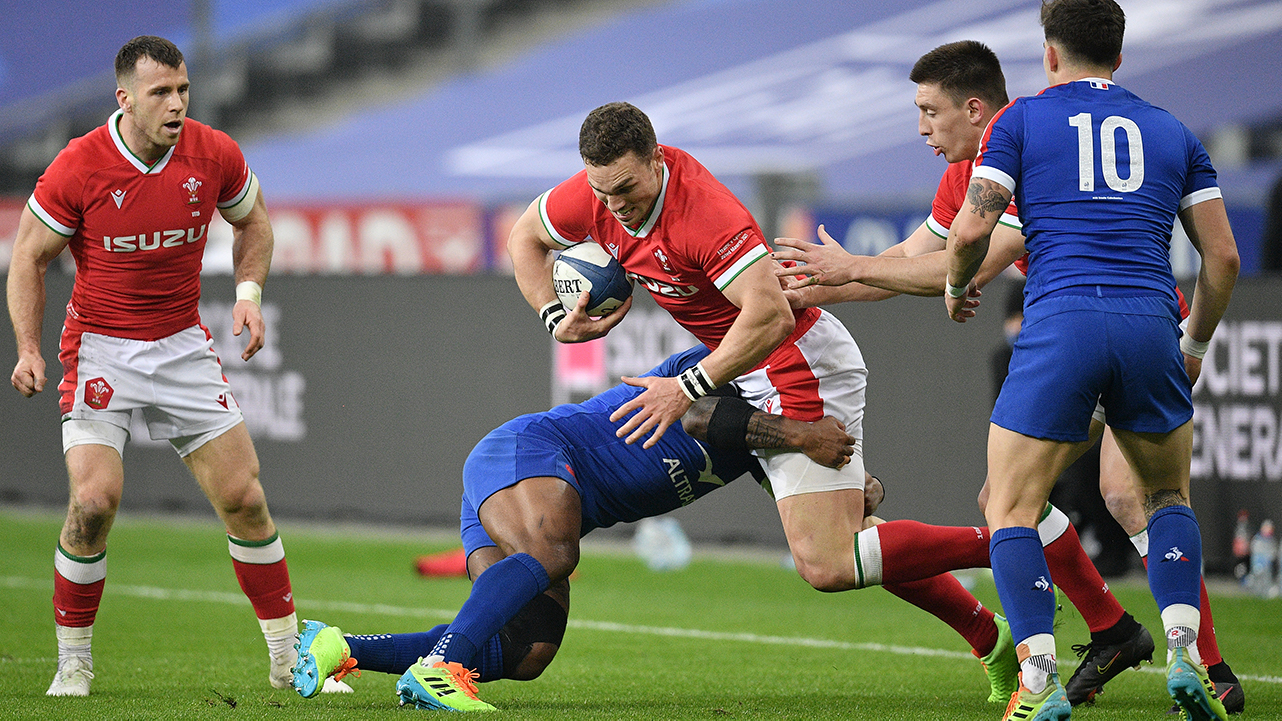 Wales took the fight to France in the start of the second half, getting to a 10-point lead in the first ten minutes of the half.

After Biggar slotted a penalty, Josh Adams was eventually awarded a try after the TMO ruled that a potential knock-on was in fact not a knock on. Biggar maintained his 100% record to go ahead by 10.

Ntamack brought the score back to within seven on the stroke of an hour played, as they tried to keep in the match. It was short-lived, though, as Mohammed Haouas was shown yellow for a deliberate knock down, allowing Biggar to take the lead back to 10.

Things broke down in the final minutes of the match, as France went down to 14 men, and Wales to 13 with just 10 minutes left to play.

The final few minutes were tense for both sides, as Charles Ollivon managed to get France back to within three points with a try off the back of a scrum. Ntamack added the extras to make it a three-point game for the final minutes.