Ulster looked to go back to back in the Heineken Champions Cup, as they hosted Northampton Saints on Friday night.

Ulster looked to go back to back in the Heineken Champions Cup, as they hosted Northampton Saints on Friday night.

Amidst the turmoil of all of the cancellations this week, Ulster looked to improve on the performance that saw them defeat Clermont in their opening round encounter.

The Saints, on the other hand, were hoping to bounce back from a big defeat to Racing 92 in their opening match of the European season.

Ulster came out of the gates firing and looked the more dominant of the two teams throughout the first half. Rob Herring and Ethan McIlroy added their names to the scoresheet in a first half that also saw the hosts awarded a penalty try.

While Northampton were able to keep in the match through the boot of George Furbank, it was all Ulster for the first half, in spite of a number of errors made by the hosts.

Northampton kept themselves in the match throughout the second half, however Ulster maintained their winning start to the campaign with a 27-22 victory. 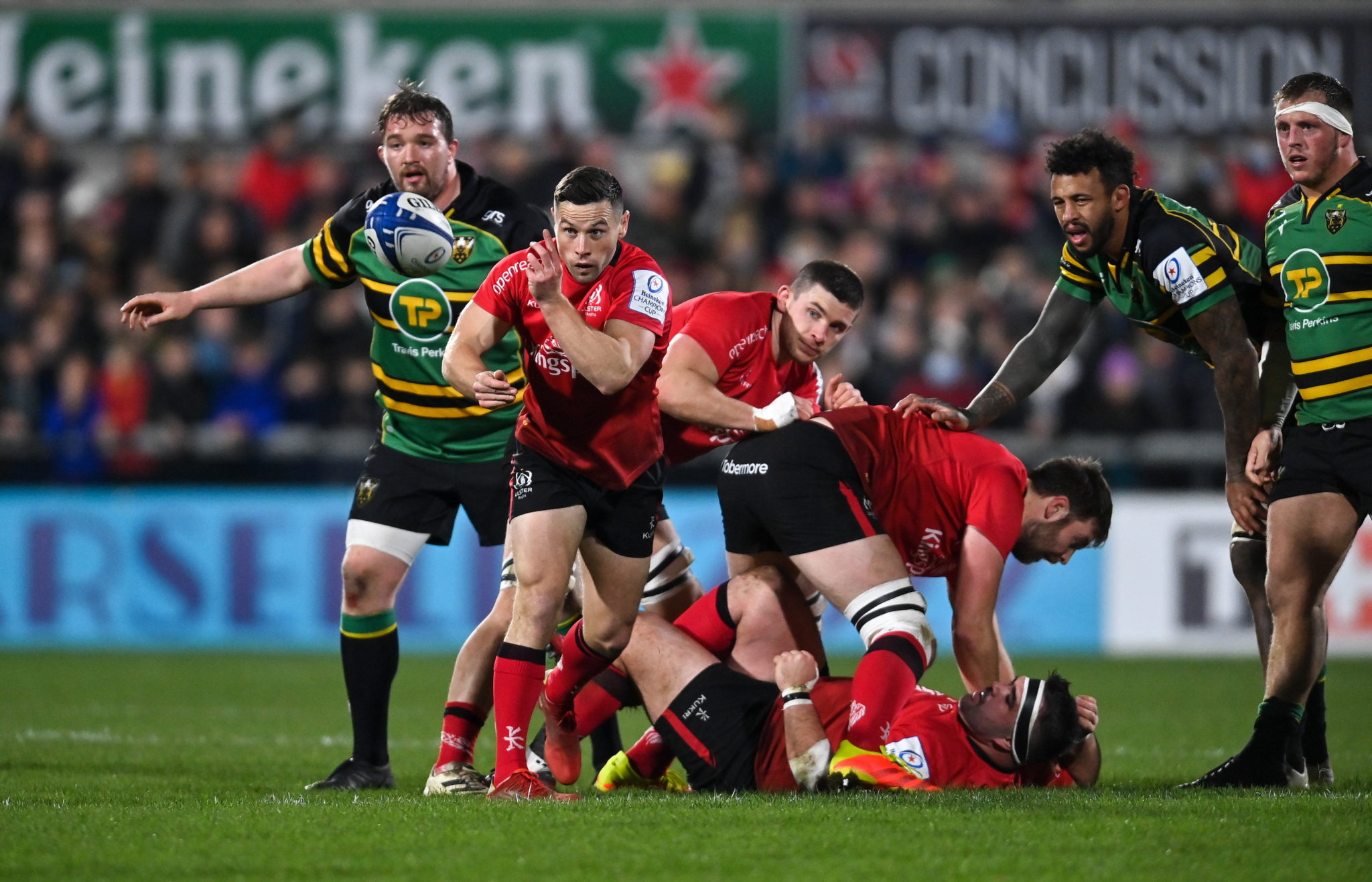 Warwick had another solid, if not exceptional performance for Ulster. While he is never going to be the game-breaker that Andrew Porter and Tadhg Furlong have shown themselves to be, Warwick was a strong anchor for the hosts' scrum, and added his significant bulk to the carries for Ulster.

Knocking on the door of the Irish hooker berth, Herring made another strong statement in Europe. His energy on the ball was the main factor in his scoring of the opening try.

However, his biggest issue on Friday was his darts-throwing, as the Ulster lineout malfunctioned a few times, and other times his jumpers had to pull off miraculous catches to retain possession on their own throw.

Moore livened up in the second half as the gaps began to open around the fringes of the the rucks, while the scrums also began to swing the way of the hosts. He made a massive impact on the defensive statistics for Ulster as well, helping keep Northampton out of their tryline for more than an hour. 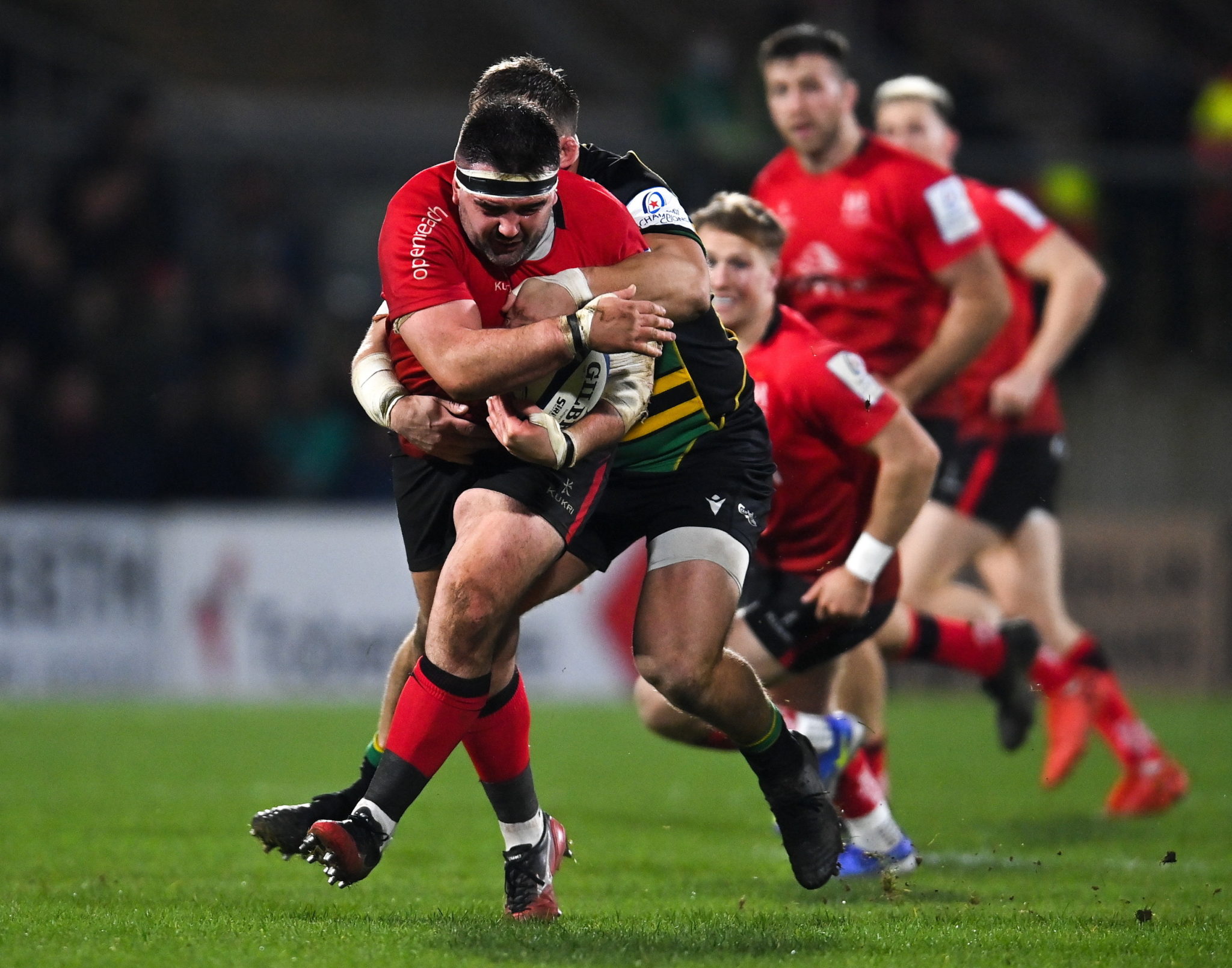 Like his front row teammate Warwick, O'Connor did his best to be anonymous in a winning performance for the hosts. He made the tackles he was asked to make, however they were not as numerous as one would expect from the modern second row. Similarly, in his 66 minutes on the park, O'Connor made little to no meters with ball in hand, despite having more carries than the likes of Moore and Warwick.

Making his return from injury, the Ulster captain looked good back in the red (alternate kit) of his province. Henderson managed the lineout well, and carried strongly throughout. However, it was his silky offloading that really stood out in his return to the Kingspan, as he linked well with players outside him and put the Saints on the back foot.

While Nick Timoney and Duane Vermeulen made their physicality known, Rea was more of a hidden presence, taking on the challenge of making himself a nuisance at ruck time. He was not perfect on defence, missing some crucial tackles, but he made up for it by winning some even more crucial turnovers at the breakdown in both halves.

While Duane Vermeulen still grabs the headlines, Nick Timoney is no slouch in terms of his carrying ability and his defensive attributes. By half time he had made more metres than half of the Northampton backline with half as many carries, and he still had enough energy to dominate the tackle stats.

He was named the player of the match on BT Sports by Brian O'Driscoll, and it would be difficult to argue with the Irish legend. 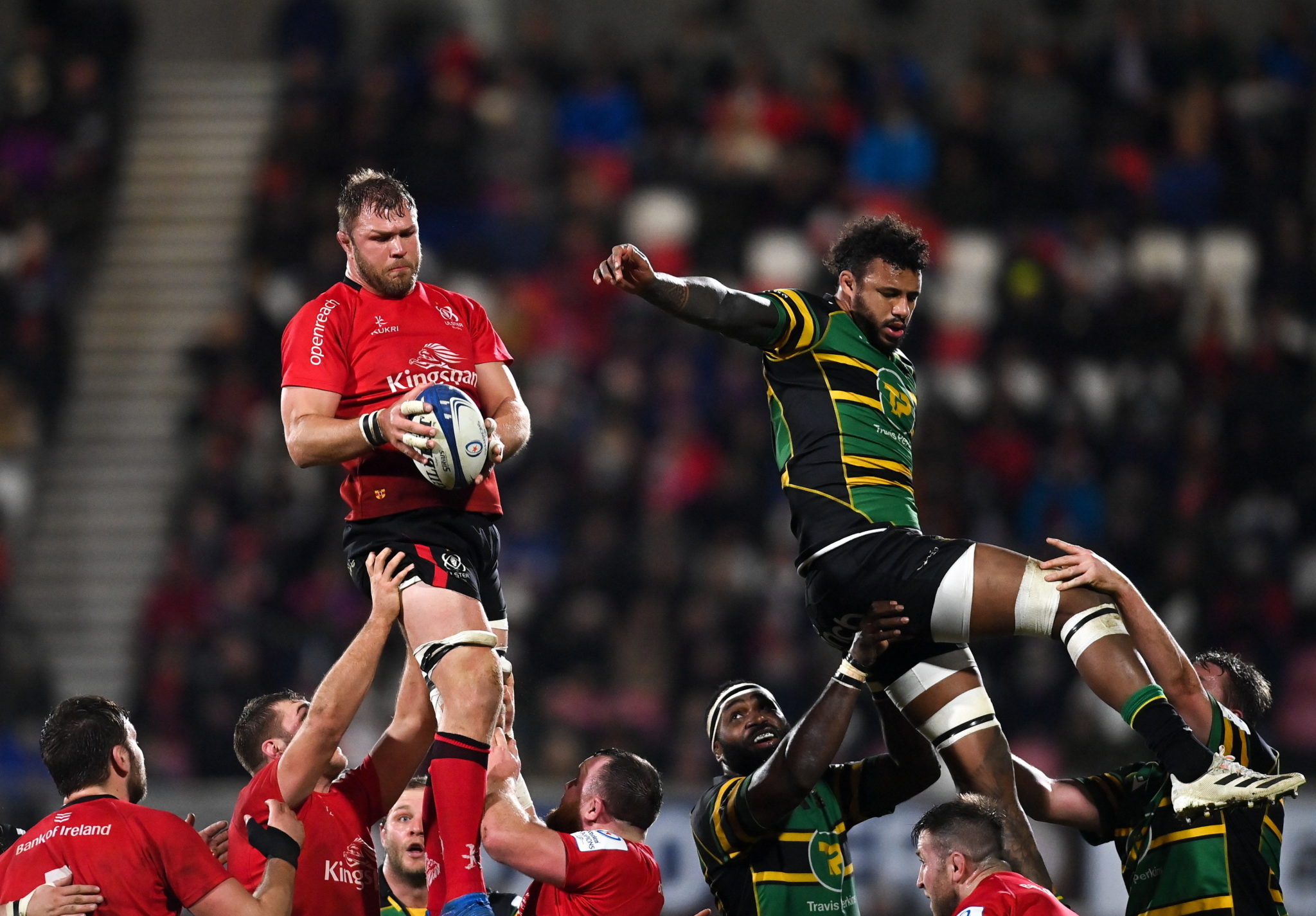 While he is not usually associated with lineout supremacy, Vermeulen was the go-to for the hosts in the air throughout the first half, and did well on a number of occasions to reel in a wayward throw or two from Herring. The Springbok World Cup winner carried strongly throughout the match, putting the hosts on the front foot.

Cooney again reminded the national selectors of his class, and his ability to make crucial decisions on and off the ball kept Ulster on the front foot throughout. He knew when to play the ball and when to put it over the heads of the defence and place the visitors on the back foot.

Burns is not a flashy 10, and he is not the man to make a big statement on the big stage. What he is is the link man that allows those around him to shine, and shine they did on a number of occasions. 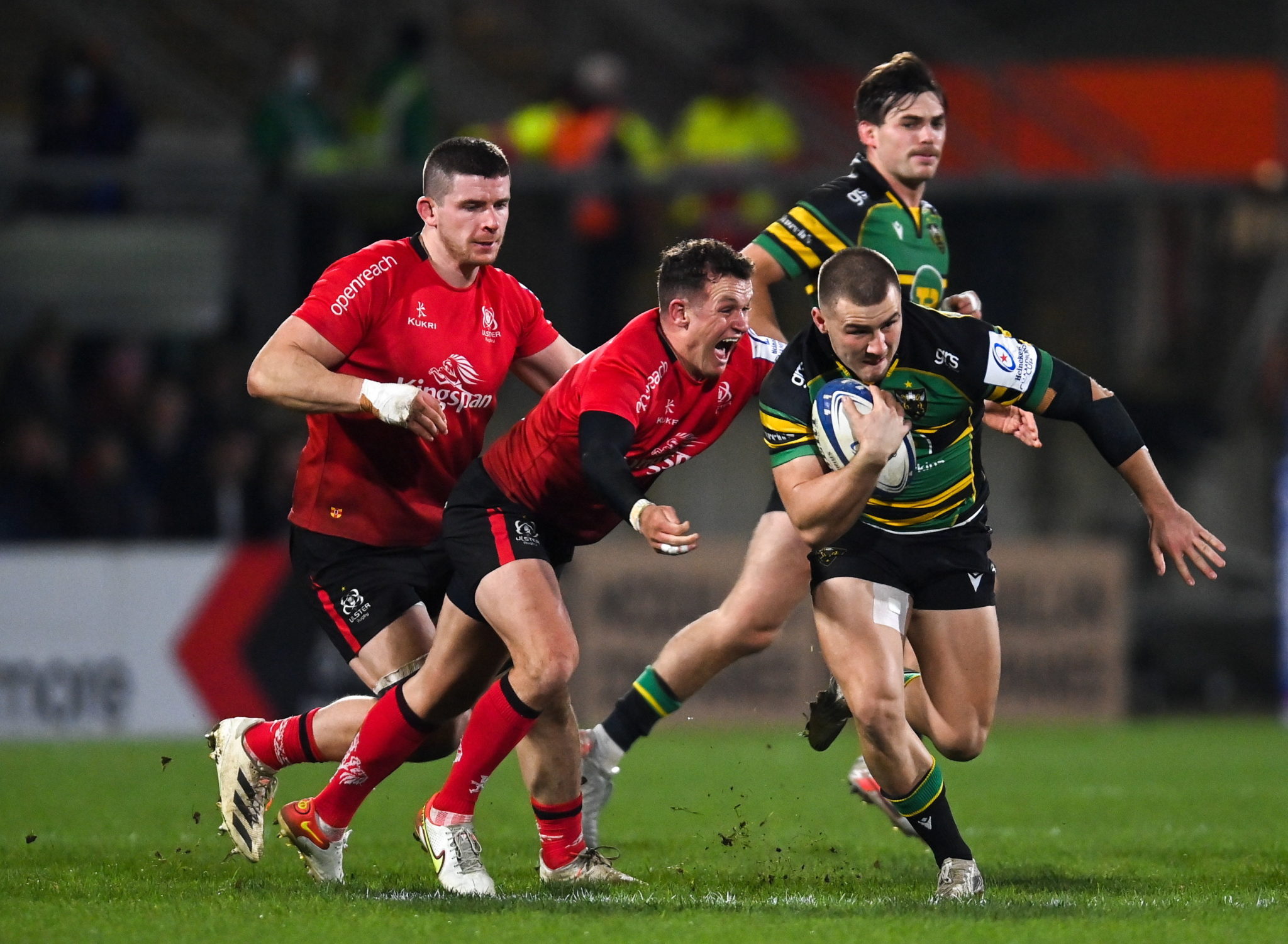 If McIlroy is remembered for anything from this match it will be that beautiful sidestep that nearly broke the ankles of Courtnall Skosan. As it is, he also ran up a good number of meters, broke the defence with ease, and looked every bit the attacking threat that Ulster have been looking for out wide.

Stuart McCloskey and James Hume are the dynamic duo that Irish rugby never knew they needed. Stopping short of comparing them to the great Gordon D'Arcy and Brian O'Driscoll pairing for Leinster and Ireland, the Ulster duo bounce off each other perfectly, and are uniquely suited to working together.

However, his promising start to the match was cut very short before the 20-minute mark as he limped off with what looked like a hamstring injury.

One half of one of the most in-form and dominant centre pairings in Ireland, Hume got the hosts on the front foot from the first whistle. His involvement was crucial to Herring's try early on. When McCloskey limped off, he continued to link well with Stewart Moore both on attack and defence.

While one could argue that Gilroy's try was rather fortuitous, as it was the direct result of a poor defensive read from Ahsee Tuala, you would be hard pressed to say that it was not deserved. He was involved in everything promising for the hosts throughout the night, and racked up a decent number of running meters to add to his tally. 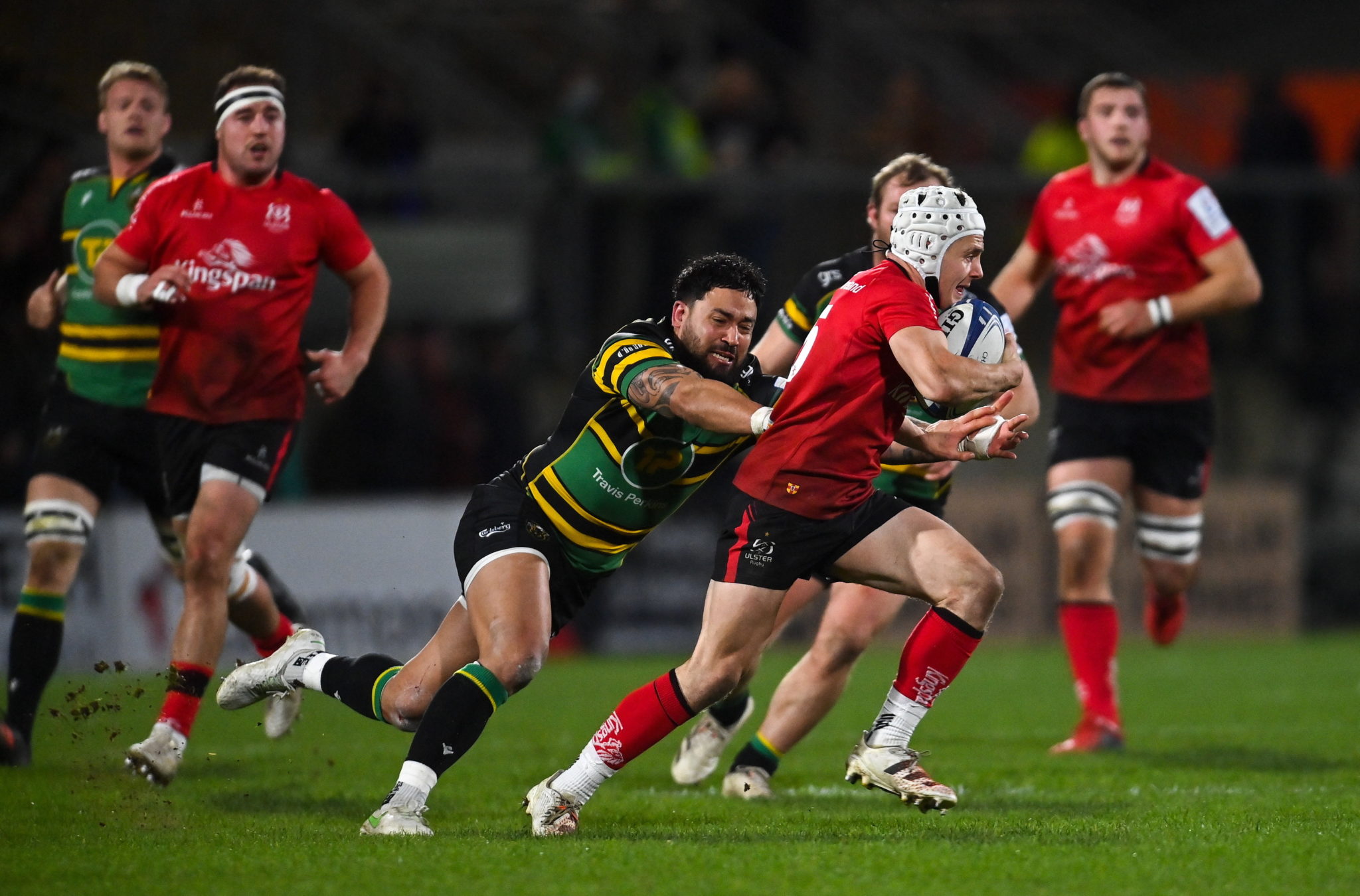 Lowry with ball in hand is exciting. There is not much more to say there. He looked electric running up against the Saints' defence, and also managed to put a few deft kicks over the defensive line as well.

However, defensively the diminutive fullback still has some work to do if he is to break through that ceiling and make it into the national conversation. He found himself out of position on a few occasions, and was fortunate to not have been punished for it.