Ulster secured a bonus-point win against Scarlets while Munster suffered a narrow loss to Edinburgh in Round Seven of the Pro14.

Dan McFarland's side made light work of the Scarlets at the Kingspan Stadium, racing into a 24-0 lead after less than 30 minutes, securing the try bonus-point.

John Cooney was again impressive for the Ulstermen and scored one of his side’s four tries in an impressive first-half showing.

It took 34 minutes for the first score of the second half, with Scarlets youngster Jac Morgan getting his side on the scoreboard with a let try.

Matt Faddes added a second try of his own only a few minutes later though, leaving it 29-5 at full-time.

The northern province selected a strong team against the Welsh side but such an easy win was not expected with Scarlets winning five of their six Pro14 games before tonight.

Munster meanwhile, had a much tougher time of it down in Cork as they succumbed to an 18-16 loss against Edinburgh.

The Scots got off to a great start, scoring a try in the first minute of the game before Jaco van der Walt added a penalty on 20 minutes to put the visitors 10 points ahead.

Munster clawed their way back, however, with 20-year old Ben Healy getting his side on the board in his first start for the province with a penalty in the 23rd minute.

Tommy O’Donnell then scored a try for the home side to leave it 10 points apiece at half-time in the Irish Independent Park. 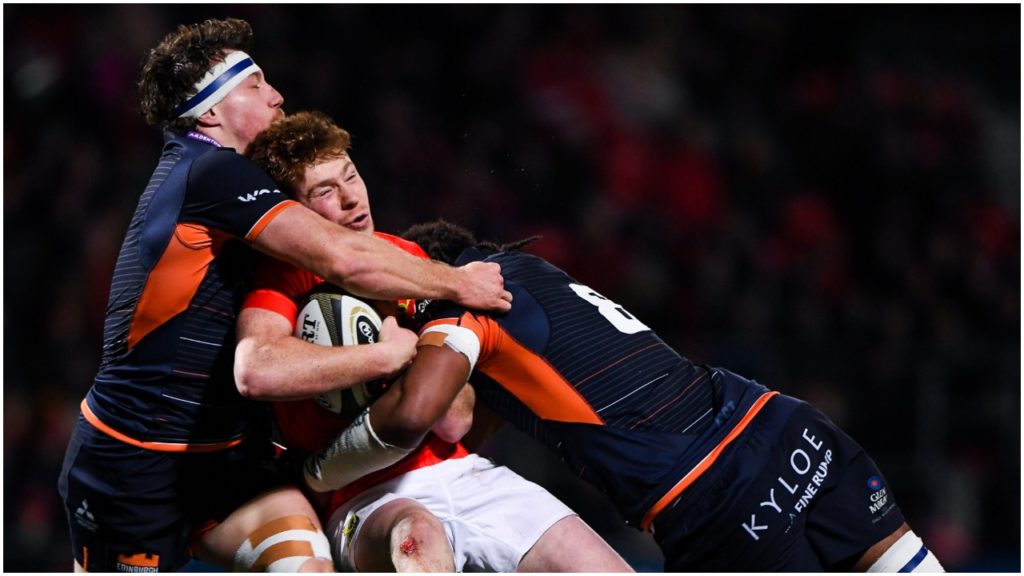 There was some controversy in the build-up to the try when Edinburgh’s Pierre Schoeman lifted up the post padding in an effort to stop Munster scoring against the base of the post.

Just as Munster looked to take control of the game after two Healy penalties to put them six ahead, Eroni Sau dotted down for a try in the corner after 62 minutes.

Munster remain at the top of Conference B on 25 points, but Edinburgh have narrowed their lead to just two points.

Both sides return to Heineken Champions Cup action next week in back-to-back games against English opposition that could make or break their European seasons.

Ulster take on Harlequins in Belfast next Saturday at 3.15pm while Munster welcome Saracens to Thomond Park at 5.30 the same day.

Meanwhile, back in the Pro14, both Connacht and Leinster are in action on Saturday and each side will be looking to continue their fine form this season.

The westerners face the Southern Kings in Galway at 5.15pm while Leo Cullen’s face the Glasgow Warriors in Scotstoun Stadium at 7.35pm.