The Irish Times' Gerry Thornley thinks this Leinster pack is the best in their history. On Satur...

The Irish Times' Gerry Thornley thinks this Leinster pack is the best in their history.

The Leinster pack's ability with the ball paid severe dividends on Saturday, with Molony’s deceitful pass out the back to Sexton, which allowed the out half to sell Rory Arnold the dummy and assist Josh Van der Flier for Leinster’s second try. This is just one instance of the Leinster forwards demonstrating their deft touch.

"It comes down to brilliant work they do up in the training ground at UCD," said Thornley. "I presume there is plenty of repetition, yet somehow, they keep it interesting and energising for the players."

"I don’t want to tempt fate because there still is a big final to come, but this might be the best Leinster pack of all time. When you think of it compared to last year, Andrew Porter and Dan Sheehan are like brand new signings." 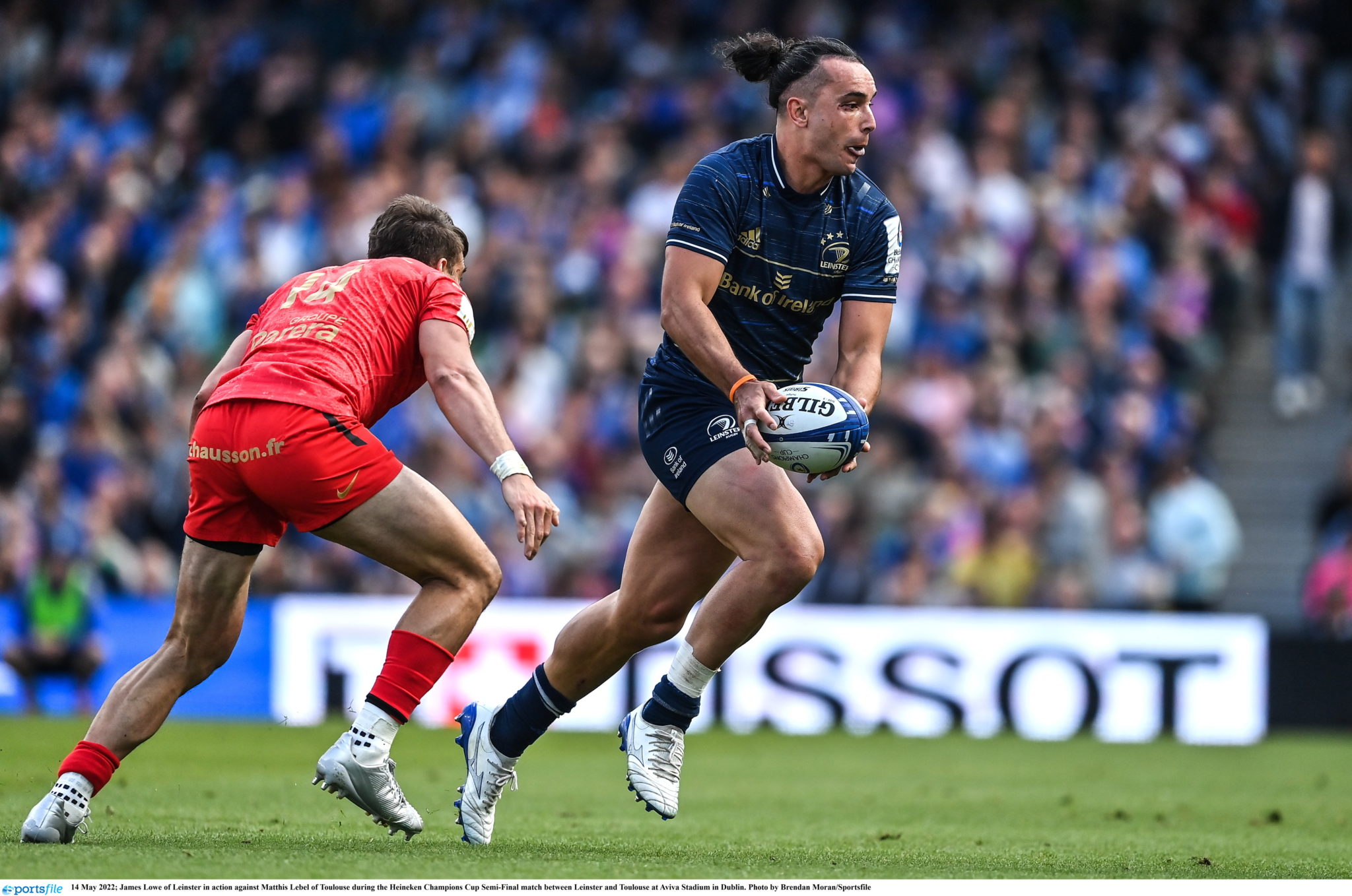 14 May 2022; James Lowe of Leinster in action against Matthis Lebel of Toulouse during the Heineken Champions Cup Semi-Final match between Leinster and Toulouse at Aviva Stadium in Dublin. Photo by Brendan Moran/Sportsfile

Thornley believes that the return of big game forwards and players hitting form at the right time has contributed to Leinster’s domestic and continental success.

"It has been great to see James Ryan back, playing so well in the past two weeks, and Caelan Doris, who probably would have been a Lion if not for concussion issues. Along with reinforcements of the bench, it is an exceptional Leinster team. The final will be the acid test for this team since they are going up against some big men.’

Leinster will face La Rochelle on Saturday the 28th of May in the Champions Cup Final, and it will truly be a test to see how far this Leinster team has come since their defeat to La Rochelle in 2021.