"I want to see Leinster win… I dislike Saracens more than I do Leinster!"

Those are the words of Alan Quinlan, who joined OTB AM this morning to preview this Saturday's Heineken Champions Cup final.

"It’s going to be pretty intense, two of the best teams in Europe this year," he said. He believes that Leinster’s backs are to the wall, claiming that this is probably the strongest team they have faced in a final.

"They could win this game, they’re favourites, they deserve to be," Quinlan said referring to Saracens, despite believing that Leinster have the ability to nudge it as he doesn’t think that Saracens will have played a team as good as them.

The battle of the fly-halves also cropped up as pivotal part of the game.

"You could talk about the forwards but I think Farrell at 10 is just incredible.”

The former Lions forward went on to say that Sexton in the Toulouse semi-final was fantastic, highlighting his ability to pick out players and to take the ball to the ball right to the gain line. He also said that Owen Farrell “has the quality to really hurt you the way Sexton does.” 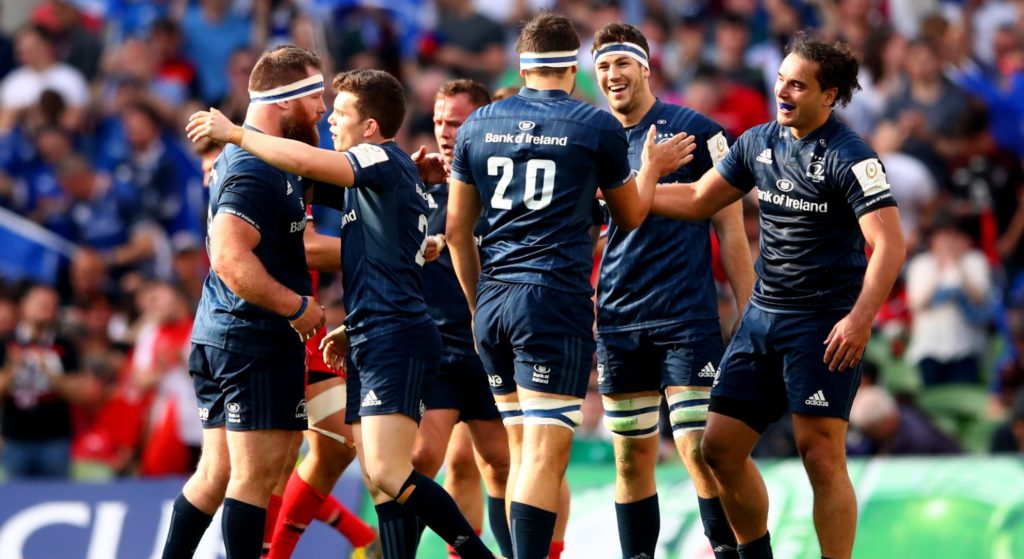 Leinster look to defend their Champions Cup crown this weekend.

When asked what Leinster can do to prevent Farrell performing, Quinlan added: "When you try and stop a flyhalf you can’t just run after him, it’s about the quality of the ball he’s getting so Leinster need to get at the Saracens breakdown to slow it down a bit, frustrate him and wrap him up in tackles."

The praise extended to the rest of the team as well.

"They’ve danger right across the board and they’re very powerful."

He still felt that the club "doesn’t endear everyone" to support them, calling their support base small and "manufactured".

Leinster on the other hand “can be pretty intense themselves” in his opinion as he praises their power and strength. He added that their biggest strength is probably “their accuracy at the breakdown".

"They’re so hard to get the ball back off."

Kick-off is 5pm in St. James’ Park in Newcastle.