The AIL abides. The All Ireland League used to attract crowds of up to 10,000 a week at one stage...

The All Ireland League used to attract crowds of up to 10,000 a week at one stage. People would pack the stands of club grounds to marvel at future Irish talents coming through the ranks.

Now, the AIL takes a different role in the Irish rugby landscape. In 2001, the rugby federations of Ireland, Scotland and Wales pooled together to form the first Celtic League. This inevitably paved way for the further professionalism of rugby union in Ireland.

Moreover, provincial rugby came more powerful at the forefront. Clubs thus had the ultimatum of offloading its talents to the provincial setup.

For former Ireland and Munster forward Alan Quinlan, the AIL is still believed to be the ultimate hotbed for Munster's emerging stars. Quinlan himself lined out for Shannon Rugby Club, based at Thomond Park. John Hayes came through the AIL system, also playing for Shannon. 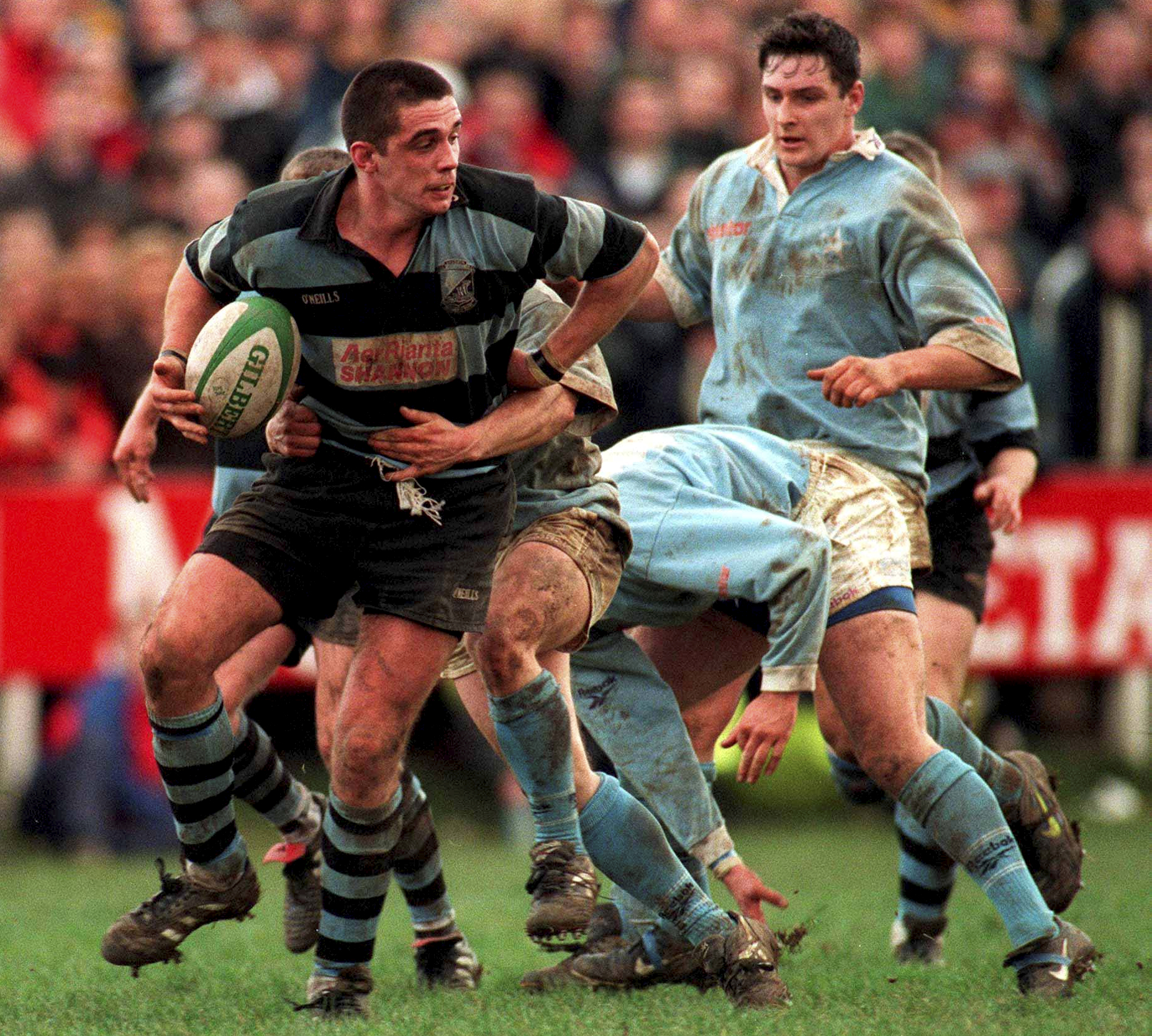 15 February 1998; Alan Quinlan of Shannon is tackled by Pat Humphreys of Garryowen during the All-Ireland League Division 1 match between Garryowen and Shannon at Dooradoyle in Limerick. Photo by David Maher/Sportsfile

Hosting OTB's 'The Red 78 Podcast', Quinlan was joined by Young Munster coach Gearoid Prendergast to speak about the jump to professionalism in the game.

“It’s a very different landscape now. We’ve had our challenges over the years with it. Now there’s a lot more focus gone our strengthing our u20s. And there’s a good relationship with the academy. There’s a lot of clarity when we have players and when we don’t have players available.

"We’re in a much better place because over the years, we’ve had our choppy waters, where relationships were frayed and there’s a lot of tensions in both the professional game”

With the allure of lining out for your province, friction between grassroots and the professional setup naturally occurred – as provinces cherrypick the best talent.

But Prendergast was quick to stress that the AIL still is important for the Irish setup, especially if you want to get noticed.

“Club game is the core fabric of Irish rugby," insists Prendergast. "We talk about the pro-game now and it works. But you need the club game for lads who need to get their game time,”

“These guys just need to play their rugby, and speaking honestly, I do feel at times, that they don’t play enough rugby. It’s all fine doing your SNC, but they’re professional rugby players – they need to play rugby," says Prendergast.

“It’s so important and so good to see so many young guys involved from a U20 point of view at Munster, even some of the senior players on the fringes, get game time with AIL. Like Keynan Knox came off the bench the other day for Munster. Or  Neil Cronin playing for GarryEoin a couple of years ago, now playing with Munster now.” 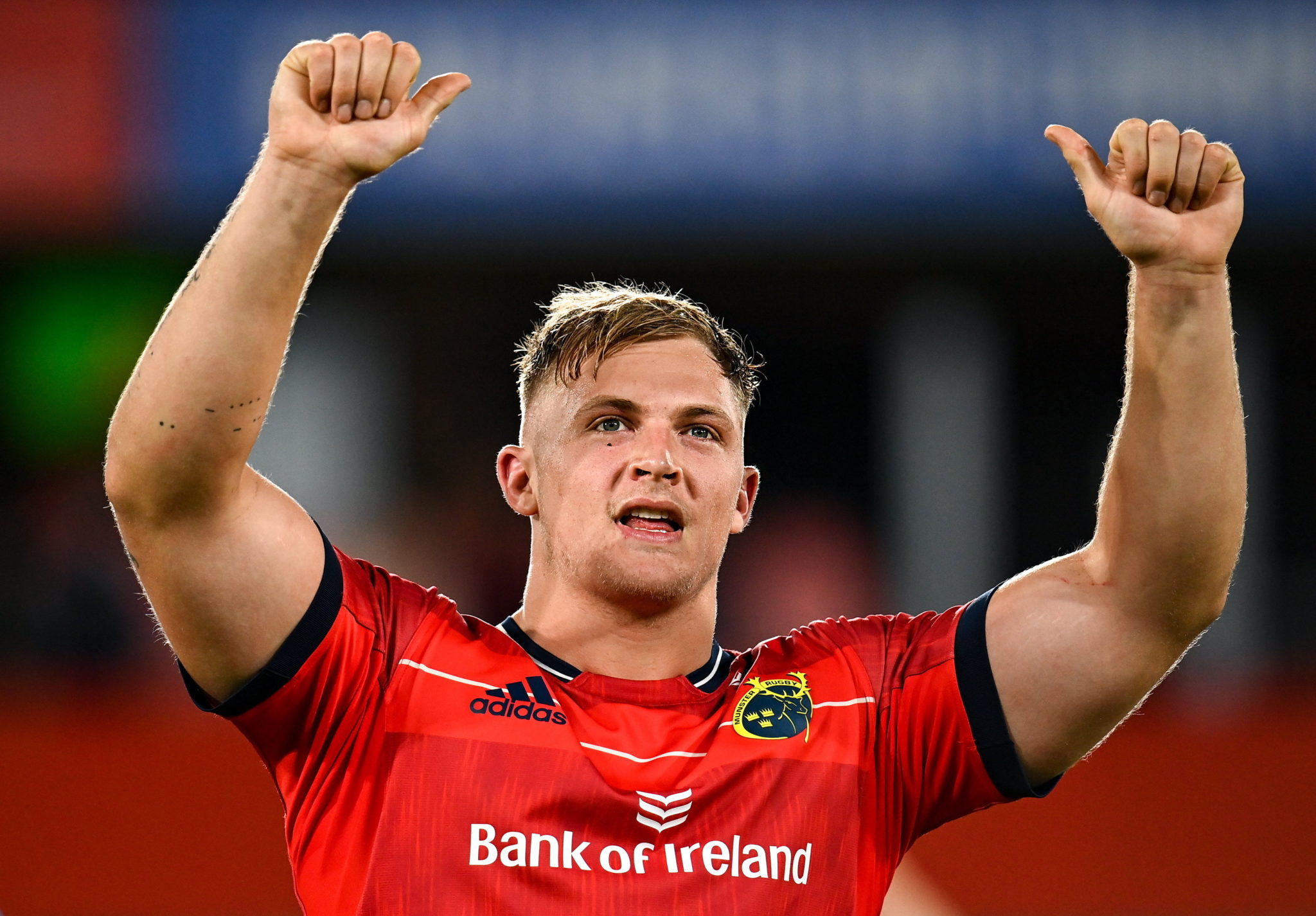 25 September 2021; Keynan Knox of Munster after the United Rugby Championship match between Munster and Cell C Sharks at Thomond Park in Limerick. Photo by Seb Daly/Sportsfile

With the AIL being so crucial to the Irish setup, the panel wondered if more investment in the AIL's exposure should be considered by the IRFU.

“I think it’s a brand of rugby that could be looked at more by the IRFU and invested in. Other countries are showing their club-level rugby on TV. I say why not do it here and promote the game?”

Subscribe to The Rugby Channel for new episodes every week! #TheRed78