Rory Best cut an emotional figure as he left the field on Sunday evening.

For the last time in his career, he led the Irish team out for a home Six Nations match - following on from this week's revelation that he is "fairly certain" he'll retire after the 2019 Rugby World Cup.

The Ulsterman has been hugely influential for Irish rugby since the turn of the decade and now looks to step away with Ireland in its strongest position in recent history.

But as his captaincy comes to an end, who will fill the void?

On this morning's OTB AM, Ronan O'Gara and Alan Quinlan picked who they thought should be next in the pecking order for the Ireland captaincy.

"I suppose the obvious candidates are James Ryan, Peter O'Mahony - I don't know, is Tadhg Furlong a captain?" said O'Gara.

"You could build a serious team around [Furlong] because of his standards. He's always going to be in the team, I think." 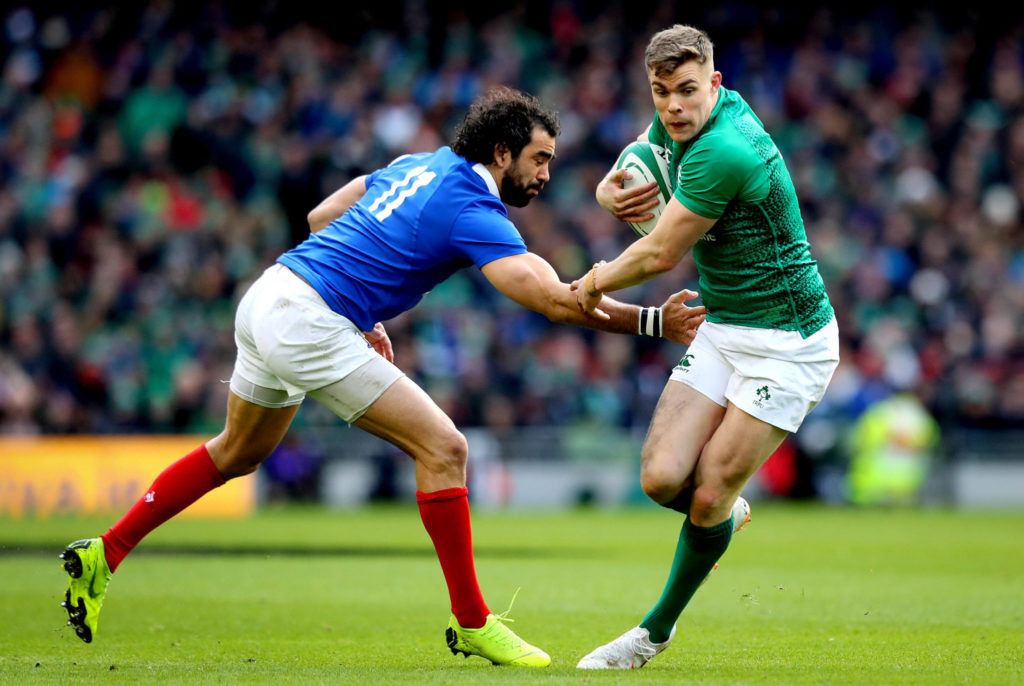 Could Garry Ringrose be a future Ireland captain?

He continued: "When I went to the States, Garry Ringrose was an emerging talent for that week. Ireland are a different team with him in it I think.

"Yesterday we saw so much that was good about him and the unseen work.

"I think the work without the ball, he's phenomenal at that. His fitness levels are very high. That could be potentially interesting.

"It depends. You probably want a period of a few years - potentially towards the next World Cup - to establish these leaders. There are obviously experienced guys there who would love the honour.

"It's a difficult question but I think you'll get a lot of answers in Japan."

Alan Quinlan, meanwhile, questioned whether Ireland's best option would be to put in place a short-term captain after the World Cup.

"There's definitely a couple of options there. If you go long term, you may go younger.

"When I say short term, that could easily be two or three years for Peter O'Mahony. He's probably the next one. When Rory Best goes off, he turns into the captain.

"Sexton takes over as well. But I think James Ryan is the long-term Irish captain for me. I think his level of his performance and leadership [are factors].

"I'm not sure how vocal he is in group sessions or meetings but [...] he's captained U20 teams and other ages. If there's a Lions team picked this year or last year, he's in it."