Speaking on OTB AM on Thursday morning, Friend stressed the importance of bringing through academy players for Connacht in the Irish context.

"I think every coach has a different perspective on what he needs. From a Connacht point of view, we've 15 new players now – seven of those are academy boys. We still have freshness coming through," Friend says.

"I think the pathways for players and coaches for any program is something I really believe in," Friend continued. "Since I've been here, we would've had over 20 players that we've brought through the academy and given caps to."

The Australian coach has been based out in Galway with Connacht now since 2018. Friend also signed a new two-year contract extension earlier in January.

Their recent form however has not been up to scratch. Connacht's last win came back in February against the Cardiff Blues in the Sportsground, 32-17. And misery was further compounded last Saturday with the high-scoring 43-32 defeat away to Leicester.

"We play very different styles of rugby," Friend stresses. "The Premiership is, respectfully, probably a more confrontational style of game. They're bigger men. There's a lot of impact in both tackles and when they carry. Whereas PRO14 tends to be a little more open," says Friend.

"Certainly against a side like Leicester, that's what we found out the other night. We're trying to win an arm wrestle and they had bigger arms. " 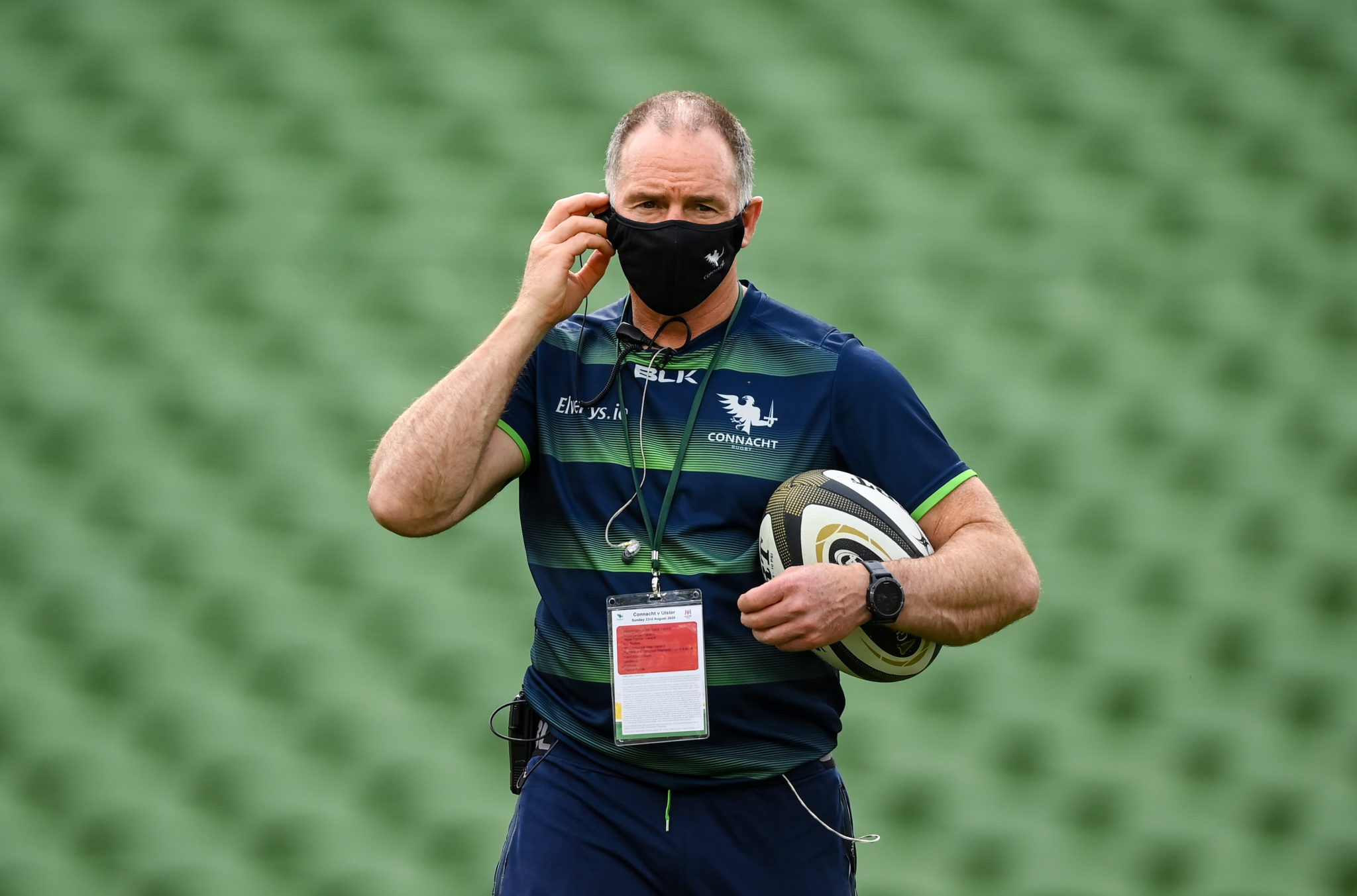 23 August 2020; Connacht head coach Andy Friend prior to the Guinness PRO14 Round 14 match between Connacht and Ulster at Aviva Stadium in Dublin. Photo by Stephen McCarthy/Sportsfile

While the standard of talent across Ireland is very high, Friend believes the backlog of players in Leinster could be stifling player's development. Friend's advice is that instead of wasting one's talent on the sideline, players should think of places like Connacht for better exposure.

"A lot of the education of young players predominantly happens up in Dublin. And I get that – they want to play for Leinster – and so they should," Friend admitted.

"But, if you're sitting third or fourth in an academy position, when there's an opportunity to be first or second somewhere else – to me, it makes good sense to move there and try and play that," Friend elaborated.

The breadth and depth of Leinster and Munster's academies are best exemplified in the distribution of players in Ireland's most recent 6 Nations camp. 17 of Leinster's players made the squad, 10 from Munster, five Ulster players and just four from Connacht.

"At the minute though our playing pool is reasonably limited. We have some really good young players coming through. But we don't have some of the breadth and depth of other places."

Former Munster coach Rassie Erasmus pointed out on OTB AM on Tuesday that Ireland's small pool of players is a unique situation that throws up its own problems compared with other rugby powerhouses.

“The fact that they [Ireland] have 160 professional players. I think that’s tough to pick in a World Cup year. I just think their [Ireland's] lack of numbers is really tough to make sure the right guys peak,” Erasmus detailed.

Friend meanwhile, wagers that it is the quality over quantity that matters – and that Connacht is ensuring it brings through its own talent.

"From a Connacht point of view, we would love to have 100% Connacht players," said Friend. "And there's a lot of good work through the pathway system. And probably over the next five, ten years, we are going to start seeing players come through."

"As a head coach – yes, you have got to win now. But you also have to build sustainability for the future. And that's something I truly believe in."