It was certainly not the return RG Snyman was hoping for. After a lengthy amount of time on the ...

It was certainly not the return RG Snyman was hoping for.

After a lengthy amount of time on the sideline, the South African World Cup winner hobbled off after 57 minutes on his return against Scarlets.

In a statement released by Munster, the club confirmed that Snyman had sustained a re-rupture of his cruciate ligaments.

Snyman's luck could not get any worse. On his debut last year for the province, the lock ruptured his ACL. Now, he will have to go through the same rehabilitation process – all over again. 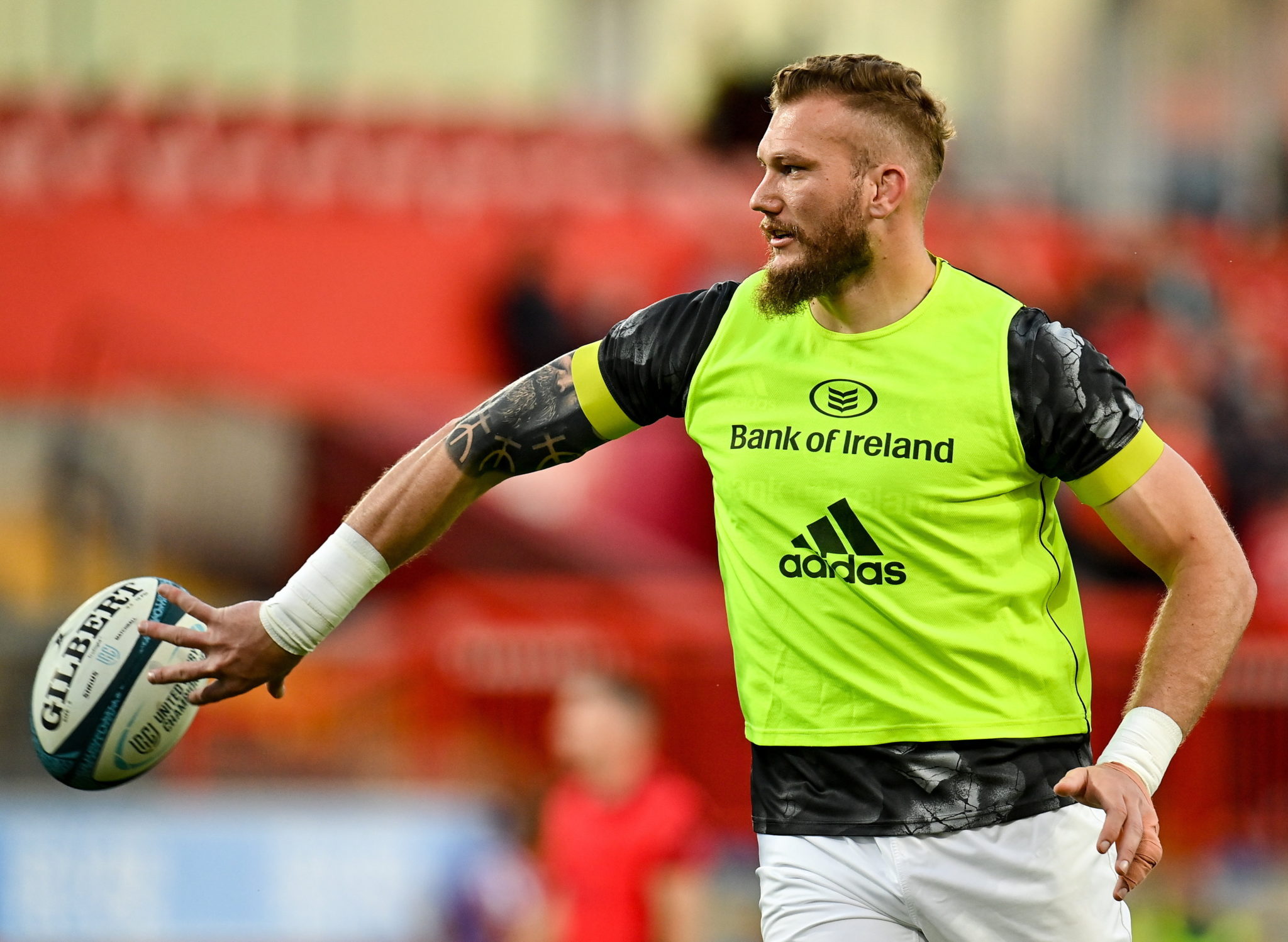 25 September 2021; RG Snyman of Munster before the United Rugby Championship match between Munster and Cell C Sharks at Thomond Park in Limerick. Photo by Seb Daly/Sportsfile

Speaking on OTBAM on Tuesday, former Ireland international and Munster hooker could see that Snyman really meant business when he came back from injury.

"When Snyman came on off the bench, he played like a globetrotter trying to batch the ball onto the ground and showed [me] that, ‘My god', this guy was hungry to get back onto to the field," says Wood.

Having sustained various injuries throughout his career, Woods sympathised with Snyman's situation. But, the Clare man did hammer home the brutal reality players will face when reoccurring injuries become a habit.

As Snyman faces more time out on the sideline, it causes many quandaries for both Munster and the IRFU on how they can justify such large wages on a starman who barely plays. It's a tough, but valid concern.

"It is taking it on a case by case basis," says Wood. "Do they believe that this was just dreadfully unlucky and awkward, or is there a predisposition for this injury to go again? Having injured the same knee twice, it’s pretty much uninsurable I would imagine. It just makes it incredibly difficult,"

"We hate to say sport is a business, but we do know it is a business. And the human side of it is appalling because this is a guy who has dreamt his whole life of playing to a high standard, he gets injured and you can see the hunger once he gets back, and then it goes again. It’s just heartbreaking,” says Wood.

"What happens in terms of the contract, it’s not just Munster. It’s Munster and the IRFU. It does stack up to the finances. That sounds heartless but that is also the reality. It’s the reality every sportsman has when they step onto the field."

What now for Munster?

The loss of Snyman dampens the flying start that Munster. So far The Red Army has won three wins in the United Rugby Championship, but the Snyman setback will mean a rethink and a reshuffle for coach Johann van Graan.

For Wood, there is no time for self-pity from a Munster perspective – but did concede that this was a 'dent to the confidence of the team'.

“They have to find a workaround. It’s at the very start of the season. Munster cannot be complaining for the rest of the season that one of their players is out and they can’t perform at the highest level" says Wood.